Oregon does. OCEE, or Oregon’s Center for Educational Equity, is a busy little place.

They put documents like the following out there for teachers and school employees. These are not documents made available to the general public because, as you might be able to tell, these ridiculous allegations will not be swallowed hook, line, and sinker by most people.  Here it is: 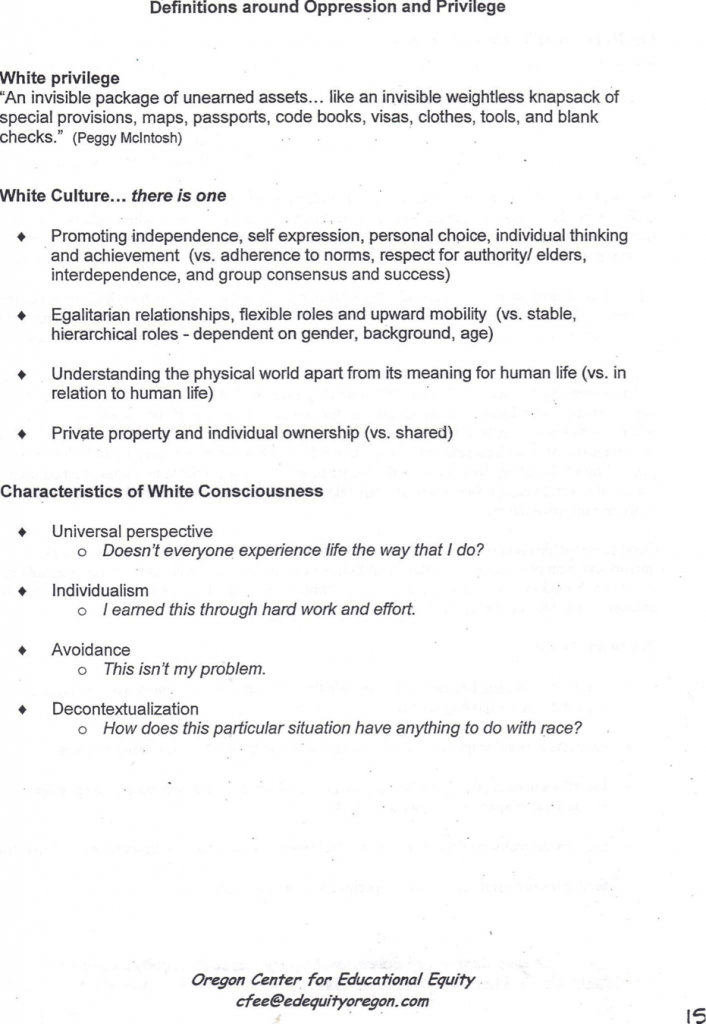 A brave school board member from Gresham, Oregon, named Dan Christensen insisted on viewing the material being foisted onto his district’s teachers. Here is the first page of the above document: 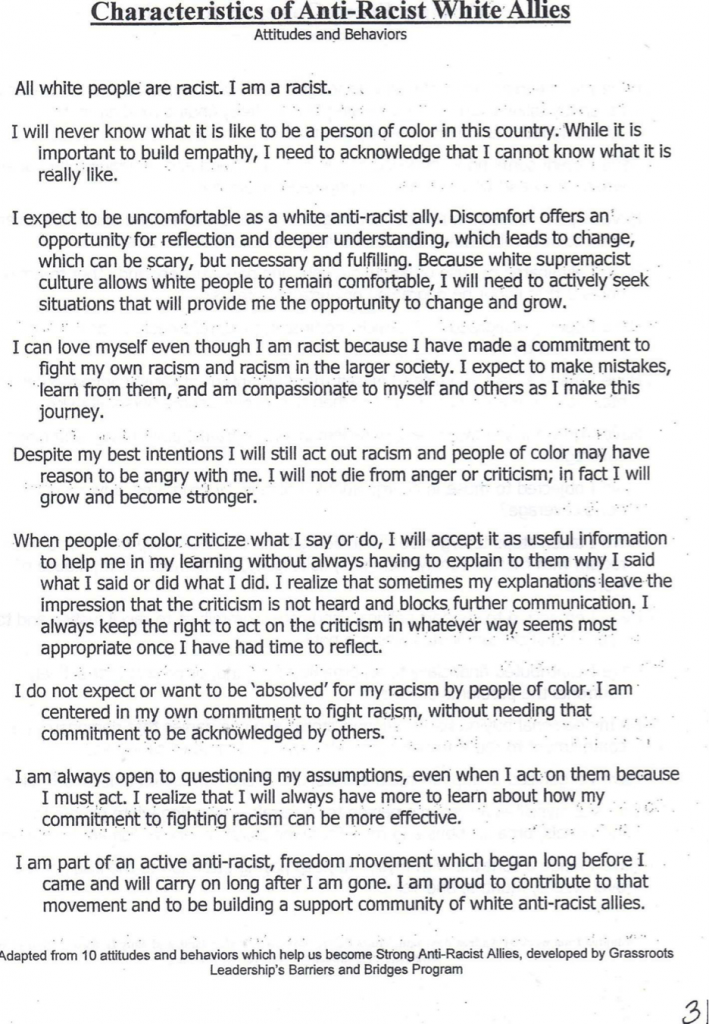 According to Dan Sandini of Daylight Disinfectant:

Materials demonize the self-made made man, claiming it is a part of “Whiteness.”  In the materials, “White Culture” is demonized as promoting independence, self expression, personal choice, individual thinking and achievement.  Characteristics of “White Consciousness” include examples.

School board member, Dan Christenson, points out that on page 13 of the manual, participants are warned against stereotyping, defined as “generalizing in an oversimplified way about an identifiable group.”

Read all of Christianson’s remarks on the situation here on his personal blog.

Webster’s Dictionary defines racism as: “poor treatment of or violence against people because of their race,” or “the belief that some races of people are better than others.”

I don’t see the assertion that only white people can be racist, here. Seems like the people running this equity project are themselves racist.

I told you that the new buzzword in education is “equity,” and that you should be watchful of it.

If Webster’s had an entry for equity in education it might read something like this: Hate All White People.

I’m not saying that I don’t empathize with minorities who have felt the sting of racism. However, I also empathize with my white friends who have felt the sting of racism from minorities. Racism can apply to any color. Someone who is a different color than another can be a victim of racism. Whites can be targeted by anyone of another color and vice versa. Yes, there are racist white people. And there are racist Asians, racist African Americans, racist Indians, and so on.

This is what I mean when I say that equity is a very dangerous word in education. It feels like they’re playing with fire. Stoking the flames of adversity to the shame of white children and teaching all kids that only whites can be racist and all whites are privileged.

If it is their aim to blame Caucasians for all the racism in the world and teach children from a very young age that white people are bad and deserve scorn and hatred then their goal will be accomplished if we don’t stand up and say enough!