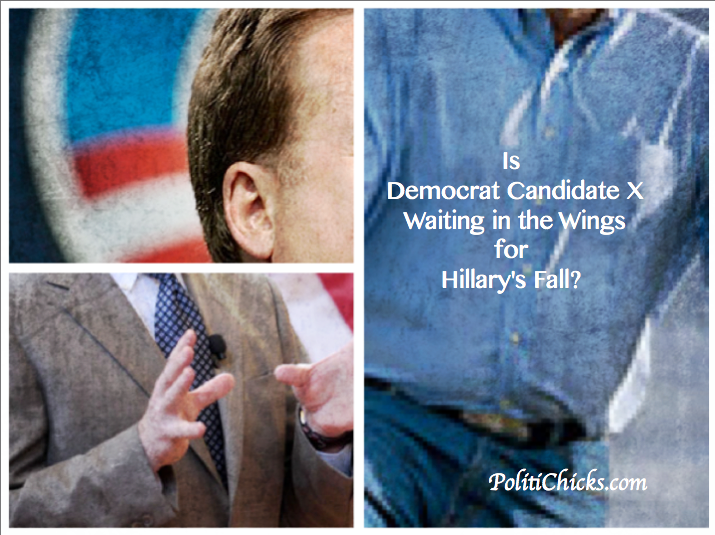 Reports surfaced on Sunday that Valerie Jarrett allegedly leaked the Hillary e-mail scandal to the press.  The New York Times originally pushed out the story, so once can imagine that’s possibly where they got it.

Why, one might ask, would a Democrat–and/or the NY Times–do this to one of their own?  For the reasons I’ve been saying on radio and television for almost a year:  the Democrat Party does not want Hillary Clinton as their candidate for 2016 and they’re going to do everything possible to make sure it doesn’t happen.  And everything happening right now is being carefully orchestrated by the Democrat machine.

Yes, Hillary still has a strong, powerful voting base and powerful money behind her–as she did in 2008.  The difference, or perhaps the similarity, is that Hillary has been out of touch with reality for many years.  Beyond her despicable role in Benghazi, her public persona has been horrendous from claiming to being ‘broke’ to having ungodly high speaker fees and a rider sheet that rivals Mariah Carey.  And even if she could win in 2016, there’s no way she could win reelection in 2020.  Four years as president tends to do a lot of physical damage to a person; Hillary’s already a grandmother and not aging well.

As a former Democrat voter, what I personally looked for in a candidate was someone who seemed in touch with “regular folks”–which explains why I voted for Jimmy Carter in my first election (and have apologized publicly ever since).  Bill Clinton had the same ability to make people believe he personally cared about them.  He had a sense of humor and knew how to reach across the aisle as needed, albeit for political gain but it still made him appear to care about our system of government (other than when he didn’t via his dalliances in the Oval Office, but that’s another story…)  So who would fill her void?  Elizabeth Warren’s name has been tossed around but she won’t be the nominee for many of the reasons Hillary won’t.

If not Hillary, who?  I’m going to don my “Kreskin” hat and give you a glimpse into the future–so don’t forget where you read it first.

Remember when then-unknown Senator Obama “suddenly” appeared out of nowhere challenging Hillary Clinton in 2008?  He was young and charismatic and energized the Democrat Party.  And why did the Dem Party throw so much of their weight behind little-known Barack back then?  For the same reason they’re doing it today, right now, as we speak.

In the next few months, watch for the sudden emergence of a few little-known politicians who will say and do all the right things.  These candidates will be more centrist–many conservatives would possibly consider voting for them over, say, Jeb Bush.

As for the all-important ‘woman vote’ that Hillary was supposedly bringing to the party, look for these Potential Candidates to hint about a woman running mate.  In the far Twilight Zone recesses of my mind, I can see a First Lady with political ambition, or perhaps a politician’s daughter.  Who knows.

But Hillary 2016 will NOT happen.  It will NOT be Hillary.

Just throwing that out there so hopefully we’ll start getting ready to counteract with a worthy GOP opponent for 2016.

What Does Shunning A Student Teach Them?