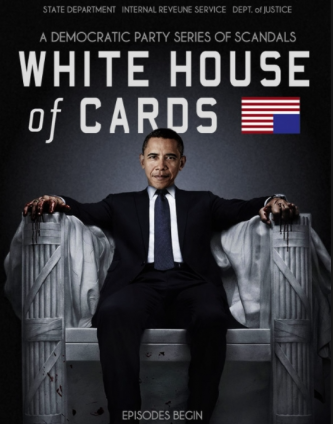 With the chaos surrounding Hillary Clinton and her missing emails and Clinton Foundation antics, the Democrat Party looks like an ant hill that has been stepped on and the ants are scattering. Progressive pundits, news organizations and Washington insiders are scrambling to put out the fires that have erupted over the last two weeks regarding their only hope for President in 2016, Queen Hillary. Even Hollywood is beginning to abandon her. According to the Hollywood Reporter, top donors like Norman Lear and others are speaking out about looking elsewhere to put their support for 2016.

The hard core Democrats and Hillary sycophants like Lanny Davis and James Carville are quickly running to the microphones and hitting every show they can to minimize and dismiss the damage that this is doing to their front running and “only” candidate. It is almost comical how desperate they sound trying to defend the indefensible. They make excuses for the private server, the deleted emails, the fact that she decided what was going to be turned over to the state department along with everything else that she lied about. They don’t even go near the Clinton Foundation scandal because that has yet to get the medias full attention.

Why are they in such a panic mode? The plain fact is that Hillary is their only chance, their only hope, and they see her position right now as a teetering house of cards. The whole truth of the matter is that the entire Democrat party is teetering on the brink. You may not know it by their bluster and noise, but it is a fact that they are not the party they once were and much of the blame goes to the Clintons and Barack Obama.

Look at their roster of potential presidential candidates for 2016. Elizabeth Warren? Joe Biden? How about the self-avowed communist Bernie Sanders or the unknown Governor of Maryland, Martin O’Malley (who?). Yes, they can parade out Kerry, Cuomo, Howard Dean or God forbid Al Gore, but you can see that when they show their cards, they’ve got nothin’.

The die-hard Democrat unions had the wind taken out of their sails by Governor Scott Walker, and more and more right-to-work states are emerging. The tactics of strong-arming and voter fraud is not working as well anymore because it has to be close enough to cheat and the 2014 elections were a blow-out with clear, wide victories for the Republicans.

The media is starting to silently panic over the realization that after the 2014 mid-terms, Republicans now control 31 governorships, knocking off impossible gains like Illinois, Maryland and Massachusetts. They gained state legislative chambers as well, now controlling 67 chambers out of 98. The Republicans remained in control of the House and took control over the Senate in Washington, so it is quite obvious that the tide is turning.

The Democrat Party is looking old and tired. They are parading out the same old faces, the same old talking points, the same old tired attacks against the Republicans and people are done with it. Not only that, but the same old strategy of lying over and over again and hoping the American people won’t notice is grating on everyone’s nerves.

People are fed up with the Brian Williams types re-inventing their own history to make themselves more important. They are tired of the Clintons and Obamas who think that they are above the law and entitled to different treatment than everyone else. They are done with the demonization of our law enforcement agencies across this country, and they are sick to death of American citizens taking a back seat to people who break the law, come here illegally and reap the rewards of our tax dollars!

All of this is brought to you by Obama and his Democrat Party. Their party is skating on thin ice and they better wake up. Don’t they see that Al Sharpton is NOT an asset to them, and that Nancy Pelosi and Elijah Cummings would be better off NOT speaking?

With the Democrat Party in control and Obama and the Clintons at the helm, we have seen a rise in chaos around the world, terrorism is rampant, and we don’t command respect anymore. Ever since Obama made his first bow to Saudi King Abdullah, we have become weak in the eyes of the world. Putin, Iran, ISIS, they all just steam roll right over us and we do nothing. The Democrats know that Hillary is not the answer, she would only make things worse; but like I said, they’ve got no one else.

The reality is, the Democrat Party is a house of cards and one strong gust of wind will take them down.

What Do the 'Princess of Darkness' & Dumpster Diving Have in Common? Oregon Politics!