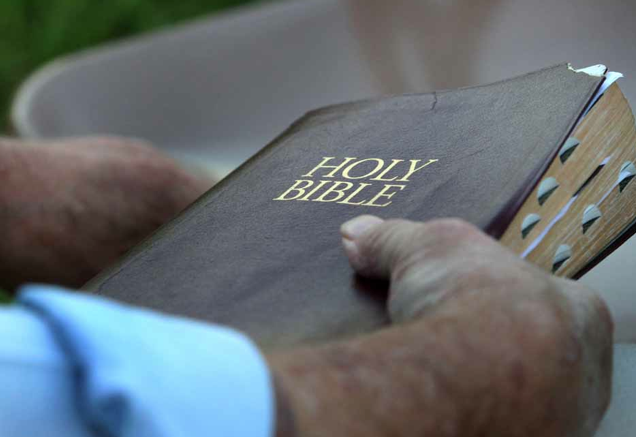 She was trying to argue against a bill that says that a minister, rabbi, or probate judge cannot be required to perform a marriage ceremony for anyone, including those of the same sex, if it violates their religious principles. What Representative Juandalynn Givan of Birmingham, Alabama, ended up doing was provide an absolutely brilliant argument for all those who are opposed to the militant homosexual agenda.

Without meaning to, Congresswoman Givan cut through all the arguments about religion, morals, tradition, and the Bible, and handed conservatives a beautiful, rational, logical argument on a silver platter. She compared it to slavery.

Since a recent federal court ruling opened the door in Alabama for same-sex marriage, Representative Jim Hill says that he has received a number of phone calls from clergy and probate judges wanting to know if they could be forced to perform marriage ceremonies for same-sex couples. The Freedom of Religion in Marriage Act would “reinforce the existing law,” according to Hill, clarifying that “no one authorized or permitted to solemnize marriages pursuant to this section or any other section of Alabama is required to solemnize a marriage for any person or persons.”

Some critics argue that this is an attempt to stop gay marriage, while others, like Rep. Givan, argue that such a bill is unnecessary, because no one is yet forcing anyone to perform same-sex marriages. In her words:

“As far as I know, the 13th Amendment abolished slavery many, many years ago. I don’t think there is anyone in the country, at least the state of Alabama, that could be forced into doing anything.”

What a beautiful statement! The Congresswoman has hit the nail on the head. As she says, people should not be forced to perform wedding ceremonies. She goes on to argue that the bill is unnecessary, and then cites her fear that the bill could be applied to those who bake wedding cakes or do the flower arrangements or catering.

Well, which is it? If it would be slavery to compel a rabbi or priest to perform a wedding ceremony for two men, is it not also slavery to compel a baker to assemble a cake at the reception for those same men? If it is wrong to force a minister to read the vows against his beliefs, why is it acceptable to force a photographer to take pictures which violate his conscience? Both, to use Givan’s argument, would constitute a form of slavery.

So where should the line be drawn then, if it is indeed a form of slavery to force someone against their principles to participate in an act? Is it not discrimination to refuse to sell some cookies or a dress to someone based on their skin color or their sexual orientation?

Therein lies the difference. If it is a product being sold in a retail environment, it is discriminatory to refuse to sell the product to a customer with the means to pay, regardless of his or her race, sex, religion, or sexual orientation. However, the moment it changes to a service being sold which requires the physical participation of the seller to go into another setting, then that person cannot be forced to participate. To do so would constitute a form of slavery.

If a customer buys a cake that is on display, that is one thing. The whole thing changes drastically when the baker is required to enter a setting where actions are occurring which violate his principles. He would be within his rights to refuse to assemble a large cake in a casino or at a dog fighting event if those violate his beliefs. When a photographer takes pictures at an event, he is intimately involved in that setting. He has the right to refuse to photograph a party at a strip bar or a keg party at a frat house if that is against his principles. His freedom to refuse is not a matter of religion, but of the rational principles of liberty.

Sadly, it appears that the days of the “Live and let live” philosophy are falling by the wayside. Many who do not care what people do in the privacy of their own homes are being marginalized and having the “tolerant” dogma shoved down their throats. For many conservatives, it is not so much the fact that some are LGBTQ that presents a problem; it is the militant intolerance of any who disagree with militant agenda of some in the LGBTQ community.

Culture has degenerated from a respectful philosophy of “let’s agree to disagree agreeably,” to one that demands: “Agree with me and embrace what I am doing, or I will sue you, slander you, and force you to do what I want.” That, my friends, is certainly a form of bondage, and it may actually be, as the inadvertently brilliant Democrat from Alabama stated, a form of slavery.

Obama to Radical Capitalists: Your Ideas Only Work on Bumper Stickers