If you ask American, Israeli and European liberals and leftists what the key problem with Islam is, they will answer that there is a lack of tolerance. Not of course a lack of tolerance on the part of the throat-slitters, car burners, gang rapists, car bombers and hate preachers of Islam. On the contrary they will assert that there is a great tolerance deficit on the part of Western nations toward Islam. 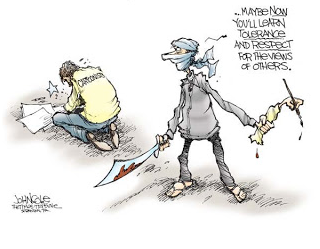 In a rational political calculus, we take for granted that the people blowing up synagogues, stabbing their sisters to death for wearing jeans, and kidnapping and beheading people they don’t like, are the ones suffering from a tolerance shortage. But to a progressive brutal violence by a minority is always a symptom that they are being oppressed, rather than that they are the ones doing the oppressing.

Since progressives tend to define minority status as proof of oppression, violence is simply another way that the minority responds to being oppressed. So if a pair of well off middle class Muslim professionals drive a car bomb over to a Scottish airport, clearly they were reacting to a whole boatload or planeload of oppression. Perhaps they were outraged over a terrorist being downed by a drone, or saw the name of Allah in an ice cream cone, or maybe it was all the unveiled women. Those are just details in the bigger picture. And the bigger picture is that every First World nation is oppressive and racist. Muslim violence is comeuppance or blowback, and the only solution is to be more and more tolerant of Muslims.

This has the convenience of making it illegal to point out the stupidity of progressive policymaking, which is something that their fellow People’s Democratic regimes routinely do, at least until everyone begins starving to death. Tens of thousands dead in America, Europe, Israeli and Australia has not done much to chip away at the insistence of multiple governments that Islam is a religion of peace. And even conservatives have adopted the liberal mantra that Islamic violence is something carried out by splinter groups, in response to not being tolerated enough. The solution being more cowbell, or more tolerance. But so far the “Hug them until they love us” approach has not yielded any dividends, except more bombs and bullet holes, and bodies in morgues.

The progressive insistence on a black and white worldview, and on locating the locus of evil within their own society, has made it impossible for the vast majority of them to even consider the possibility that the violent, reactionary, patriarchal and misogynist ideology they should be fighting is Islam, not Christianity or Judaism.

But the problem with expecting people to think outside the box of their beliefs, is that it’s simply easier for them not to. For progressives the problem remains not Islam, but people who aren’t tolerant enough of Islam. Which creates a rush to feed the “intolerant ones” to the Muslim Crocodile of Peace, in the hopes of being eaten last. 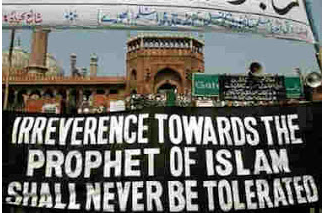 The shocking truth though is that the problem has never been a tolerance deficit, but a tolerance surplus. Tolerance is all very well good, but there are some things that shouldn’t be tolerated. Murder, rape, car bombings, airplane hijackings and Imams preaching all of the above under the green flag of Islam top the list. The more the tolerance surplus grows, the worse the violence becomes.

Urban policymakers found this out the hard way when they tried to tackle crime by blaming society, not the criminals. Prisons became revolving doors. Cops became social workers. Crime became rampant. It took a new generation of conservative politicians to pass mandatory sentencing laws, victim rights bills, restore the death penalty and stop coddling criminals. And so the tolerance surplus was closed.

Until the tolerance surplus with Islam is closed, the violence that Islam brings to our shores will continue.