For most of human history, men and women have derived their moral dimension of life from the family and religion. Both of those are now dead or dying in the West under the influence of its new moral and ethical system. That system is one that we know in its various forms as the left. 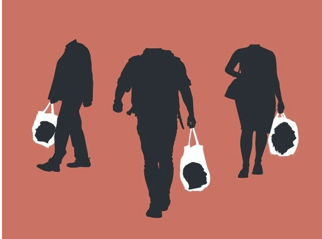 The left can be summed up as moral materialism. It is a secular religion that claims to add a moral dimension to materialism. Its obsessions are largely economic, from its early class warfare focus to its modern environmentalism. Even its racial politics code class warfare by skin color.

Modern urban man is much too “smart” for religion. At least his own. He wants to add an ethical dimension to life without having to believe in anything except the sense of fairness that he already has, but which he does not realize is not nearly as valid objectively as it is subjectively in his inner emotional reality.

And that is what the left is. It strips away everything except that egotistical sense that things should be run more fairly with predictably unfair results.

Liberalism, and the milder flavors of the left, provide a permission slip for materialism by elevating it through political activism. This is the philosophical purpose of environmentalism’s green label. It tells you that you are a good person for buying something and soothes the moral anxieties of an urban class with no coherent moral system except the need to impose an ethical order on the consumerism that defined their childhood, their adolescence and their adult life.

Those most in need of the moral system of materialism are the descendants of the displaced, whether by immigration to the United States or migration within the United States from rural to urban areas, who have become detached from a large extended family structure that once sustained them.

Their grandparents had already loosened their grip on religion and as the family disintegrated, materialism took its place. Their grandparents worked hard to provide for their children, but the children no longer saw maintaining the family as a moral activity. Sometimes they didn’t even bother with a family. They became lonely individuals looking for a collective. A virtual political family.

Liberalism fills the missing space once inhabited by religion and the family. It provides a moral and ethical system as religion did and the accompanying sense of purpose and its state institutions replace and supplant the family. It does both of these things destructively and badly as its institutions forever try to patch social problems created by the disintegration of the family and its ideas provide too few people with a sense of purpose of a meaningful life.

And yet it isn’t entirely to blame for this state of affairs. The left has actively tried to destroy the family and religion, but the American liberal was until recently less guilty on both charges. His main crime was collaborating with the left while refusing to acknowledge its destructive aims. The process by which the displacement of liberal ideas and their replacement by the ideas of the far left is nearly complete. The American liberal is now an aging relic. In his place is the resentful radical.

The process that led to this state of affairs isn’t the left’s fault either. Even if it’s not for lack of trying. In some ways the left isn’t the problem, it’s a symptom of the problem. Its ability to fundamentally transform people is limited. The transformation that has occurred is because of the choices that people have been led into making trading religion and family for a dead end materialism. Those choices evolved organically from the natural direction of society and technology.

And into that empty space, the left came. It dominates because there is nothing else to fill that space. It can only be truly resisted by cultural groups that have maintained hold of family and religion. Without that sense of purpose, there is only the endless baffled retreat of the Republican Party. 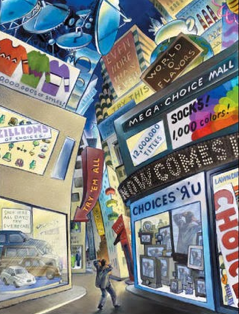 Liberalism appeals more to the middle class and the upper class because it is a religion of materialism. It makes very little sense to those who don’t have material things. The underclass might embrace the harsher populism of the left, but shows little interest in its larger collectivist philosophy. The underclass is losing family and religion at a faster rate than the upper class, but it clings to what it has and finds meaning in it. It may be nakedly materialistic, but it doesn’t believe that it is too smart for religion or too individualistic for family. It has many flaws, but arrogance isn’t one of them.

Ennobling consumerism is a difficult task. The left doesn’t come anywhere close to succeeding at it. Instead it makes it more expensive and raises the entry barriers for everything by working to eliminate cheap food, cheap household goods and cheap everything. It’s a class issue.

Why does the left really hate Walmart? It doesn’t really have a lot to do with unions and has a lot to do with class. Walmart’s crime is industrial. It’s the crime of the factory and the supermarket and every means of mass production and consumption. It makes cheap products too readily available to the masses. Liberals like to believe that they oppose consumerism, but what they really want to do is raise the entry levels to the lifestyle. Liberal consumerism is all about upselling ethics.

When tangible goods become too easy to produce, you add value through intangibles. The fair trade food tastes the same as non-fair trade food. Organic, a category with a debatable meaning, doesn’t really provide that much more value. And environmental labels are worth very little. And yet the average product at Whole Foods is covered in so many “ethical liberal” labels that it’s hard to figure out what it even is.

Liberalism has become a revolt against the middle class that its grandparents struggled to reach, a rejection of their “materialism” while substituting the “ethical materialism” of liberalism in its place that envisions a much smaller upper and middle class that derives its wealth and power not from hard work in the private sector, but highly profitable social justice volunteerism in the public sector.

An American Dream of universal prosperity has been pitted against the left’s dream of a benevolent feudal system in which the few will be very well paid to oversee the income equality of the many.

The left’s private argument against the American Dream is that it’s little more than Walmart. And to some degree they’re right. Easy availability of the necessities of life does not lead to a meaningful life. But the easy contempt that the left has for it shows its basic inability to understand how important these things are and how hard they were to come by for most of human history.

Salt was once a precious commodity. Today it sells for pennies a pound. The ability to light the darkness meant the difference between studying at night and living in ignorance. Today a light bulb goes for a quarter. At least it did until the left banned them. And electricity, the left also keeps raising the price of that. Few of the post-apocalyptic fantasies spilling out of Hollywood really describe what would happen if the people manufacturing them were thrown back before the industrial revolution..

Progress has made a good life materially possible, but it has also displaced and damaged the social mechanisms that make a good life socially possible. We have easy access to technology and streets full of vicious illiterate thugs. We can discuss anything with anyone, but we live in a society that values few things worth discussing. We have mass production, but not mass character.

For all its feigned populism, such elitist critiques of society are not foreign to the left. The left’s elitist critiques differ in some regards, but they are on the same basic wavelength as those of the social conservative. And its solution is to promote what it considers social progress by reversing or slowing down industrial, commercial and technological progress. The environmental movement is only the latest ideological incarnation of this philosophy which strives to slow down the rate of progress. 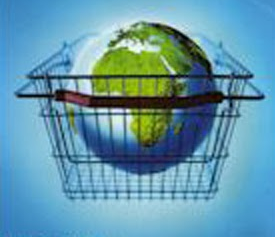 The left’s social collectivism however is no replacement for what is being lost. What it really does is attempt to apply industrial and commercial strategies to human relationships. Not only is it not a challenge to a consumeristic society, but it attempts to worsen the damage by rebuilding society on the model of the factory and the department store as an impersonal system.

Like Islam, it provides something for people to believe in, but the thing it provides is the compulsion to find meaning by forcibly remaking other people’s lives in a perpetual revolution which becomes its own purpose.

The left can’t replace family or religion. Its social solutions are alien and artificial. They fix nothing and damage everything. Their appeal is to those who are arrogant and starved for meaning, who want religion without religion and family without family only to discover that they are not enough.

One of Andrew Breitbart's Final Interviews