Hillary will survive her email woes, but scandals serve as tests that show the strengths and weaknesses of politicians. What the email scandal showed is that Hillary lacks her husband’s breezy ability to weather political outrage. Instead her paranoia and resentment combine to make her scandals worse. 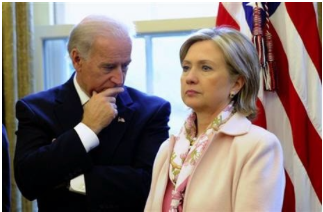 Democrats are looking for inspiration, but Hillary couldn’t whip up inspiration on a very special episode of Oprah. The petty resentment that Obama camouflages under a likeable exterior is out in the open.

That’s why the media doesn’t like her. Hillary doesn’t pretend to inspire. She’s running to win.

Obama could have been using a private email server out of Tehran and the media would have dismissed it as a non-issue. Hillary Clinton however is in the middle of a slap fight with the media. The email scandal is a warning that she won’t have a free ride to the nomination. If she wins it, the press corps will protect and serve her. But not until then. And if she falls, the Democratic Party is in big trouble.

Democrats don’t have a lot of non-Hillary options. While the left is pining for Elizabeth Warren to run, and the media’s sudden enthusiasm for Hillary’s emails was prompted by Warren’s hesitancy in even expressing any real interest in running as long as Hillary is inevitable, Warren 2016 remains a fantasy.

Outside the left’s fever swamps, Elizabeth Warren has low name recognition. Name recognition is the only way that Hillary Clinton got this far and Warren has even less charisma than Hillary Clinton. A speech by Warren feels like a lecture. Her public persona careens from outraged to befuddled. Her only advantage is that most people don’t think that she looks like the rich lawyer that she actually is, but that’s because she reminds them of a sour librarian scolding those darn kids making noise in the stacks.

Warren’s routine, fake outrage at the banks that fund her political movement, got old a while back. And she’ll have to tone even the fake outrage down if she wants cash from Warren Buffett. Her only possible reason to run is that if turnout for her next election follows the usual pattern, especially if a Democrat squats in the White House, she may not even be able to keep her seat in the Senate.

While the left’s skill at building a cult of personality around someone you wouldn’t trust to wash your car shouldn’t be underestimated, getting Elizabeth Warren elected tested their limits in Massachusetts. If the Democratic Party gets tied to Warren, it will be betting that it can sell four more years of Obama with Jimmy Carter in a skirt. It would have a better shot at bringing back Dukakis riding in a tank. And nominating yet another Massachusetts Democrat whose last name isn’t Kennedy is a suicide mission for a party that already crashed and burned with Dukakis and Kerry.

But without Warren or Clinton, the slate looks even worse.

For those on the hard left, there’s always Bernie Sanders’ quixotic campaign to lose to anybody and everybody. Sanders recently said that Obama’s mistake was sitting down and talking to Republicans. That’s like running against Stalin on a platform of more Gulags.

Martin O’Malley, a Maryland governor best known for his rain tax, is still waiting in the wings, either to run for president or to get his ObamaCare site working. If Hillary has to back out, he’s the most likely to emerge as a consensus candidate, not because he’s done anything to deserve it, but because he’s the only Democrat below retirement age who wants the job and doesn’t rant aimlessly at the camera. 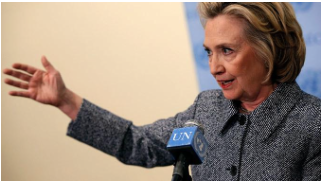 Under Obama, Maryland’s bedroom communities became a hive of fabulously wealthy government contractors and employees who want to keep on robbing Americans blind. If Hillary stumbles, he won’t lack for donors. He will however lack for less crucial items such as a personality and accomplishments.

O’Malley jumped on the ObamaCare bandwagon early and often. He came away with a trainwreck, having to entirely scrap his exchange site. Tax increases, including the rain tax, didn’t do much to endear him to anyone in Maryland.

6 out of 10 Maryland Democrats say that O’Malley would not make a good president. If he doesn’t have their support, whose support does he have?

That leaves Jim Webb, a man of unpredictable politics who is loathed by much of the left and ignored by nearly everyone else. Webb might be able to win over some of the working class whites that the party has lost, but the same left that thinks Hillary is practically a Republican and that Obama panders too much to the GOP, would do everything possible to stop him if he ever became a real threat.

Webb could go left. He’s already pushing the left’s income inequality meme in his campaign, but he’s stiff and awkward on that… and on everything else. Barring a major national security crisis in which the Democrats suddenly need someone with credibility who can do the tough talk without a teleprompter, he isn’t likely to rise to the top or even get noticed. Think of Wesley Clark and then forget about him. Discounting wild cards, like ex-losers Al Gore and John Kerry trying to mount a comeback, or Vermin Supreme’s candidacy suddenly catching fire (he’s running on a platform of fully funding time travel) that just leaves the Democratic Party with Joe Biden.

Biden is good on the campaign trail (and nowhere else) as long as you ignore his inappropriate outbursts and strange behavior. He is also the only non-Clinton candidate in the race with name recognition. Considering that less than half of Democrats know that the earth revolves around the sun, assuming that they can recognize a candidate based on his or her body of work is excessively optimistic.

Biden is nothing if not memorable. And he’s been chomping at the bit. He didn’t take the second banana gig to wander aimlessly around the White House. If Hillary stays in, the real fight will be between these two miserable remnants of a failed administration squabbling over the nomination like two mangy dogs fighting over a lost hot dog. If Hillary drops out, Joe Biden immediately becomes the pack leader. That’s when the left will pull out all the stops to get Elizabeth Warren into the race, which she’ll lose.

Biden has too many obvious and glaring flaws for the Democrats to let him beat Hillary, but without Hillary, it’s going to have a hard time keeping him from dominating a list of obscure candidates. Write off Hillary and the left unites behind Elizabeth Warren, the rest jump behind Martin O’Malley and the media has to go into overdrive to try and destroy Biden before he becomes their party’s nominee.

Either that or they embrace him.

Joe Biden may be a joke, but so is every candidate running. Hillary Clinton is Evita without the sense of style. Elizabeth Warren is a rich lawyer and academic inveighing against the 1 percent. Martin O’Malley had a rain tax. Bernie Sanders is the left-wing alternative that not even the left wants. Al Gore appears to be flirting with yet another presidential run. Biden may be a joke, but at least he knows it. 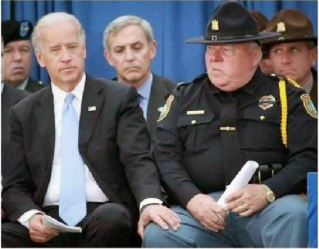 Biden thinks that he can get the minority vote by riding in on Obama’s coattails and polls suggest that he may be right. On a campaign trail against Bill Clinton, he would lose, but he’ll be campaigning against the same Hillary who was responsible for that awkward and uncomfortable UN email press conference.

And the media likes Biden. It hasn’t fallen in love with him as their new messiah, but it will accept him a lot faster than it will accept Hillary Clinton.

Biden’s loose lips are a liability, but they have yet to cost him anything. His embarrassing debate behavior and any ridiculous thing he says have become part of his brand. By linking his fortune to Obama, Biden became bulletproof. As a running joke, he’s immune from any standards of behavior.

And the real joke is that Biden may end up having the last laugh from the Oval Office.

Striving for The Standard: The Value of Personal Achievement