There are two models for fighting terrorism. We can see the terrorists as an external invading force that has to be destroyed or as an internal element in our society to be managed. 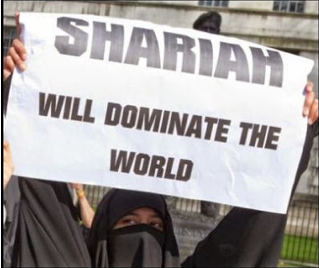 In the War on Terror, Bush saw terrorists as an external force that had to be fought while Obama sees them as an internal element to be managed. And while both men signed off on some of the same tactics, their view of the conflict at the big picture level was fundamentally different.

The differences express themselves in such things as detaining terrorists at Guantanamo Bay or backing Islamist democracy. If Muslim terrorists are an alien force, then detaining them without trial is no more of a problem than detaining Nazi saboteurs was during WW2. And if Islamic terrorism is driven by alien impulses, then it has nothing in common with us and attempting to accommodate it cannot succeed.

Obama and the Europeans see Islamic terrorism as a social problem whose root causes need to be resolved rather than defeated. It’s the old model used for the radical left which was “fought” by mainstream parties adopting elements of its program to compete with it… with disastrous results.

But the results of adopting elements of the Islamic program would be even worse.

Obama blamed the Paris terror attacks on a failure to integrate. But Islamic terrorism is an attempt to integrate Europe into Islam. The bombs and bullets, like the Sharia patrols and the No-Go Zones, are statements by Muslims that they will not be integrated into Europe. Europe must integrate with them.

Muslim terrorists reject the assumption that they are a domestic social problem. To the Muslim born in France or the UK, who may even be a native convert, the domestic social problem comes from Jews and Christians who refuse to acknowledge the supremacy of Islam, from cartoonists who draw Mohammed and from women who leave the house. Islamic terrorism is meant to integrate us into the Dar-al-Islam.

If we are going to view Islamic terrorism as a domestic social problem, then we might as well take a look at how Muslim countries deal with terrorism. They rarely declare war against it, but when they do, they tend to engage in ruthless mass slaughter. Jordan may have killed as many as 20,000 Palestinian Arabs in its fight with the PLO. Assad’s father may have killed 40,000 Syrians in Hama when putting down the Muslim Brotherhood. The death toll from the current conflict hovers at around a quarter of a million.

In Muslim countries, terrorism actually is an internal element. It’s not an alien force, but an ongoing momentum of expansion and conflict that predates the airplane and the bomb. This is the tool that Mohammed and his successors used to conquer sizable portions of the world. That’s why Muslim countries don’t fight terrorism. They export it.

Jihad is a ticking time bomb that they dump on their enemies. Major Muslim countries sponsor terrorist groups the way that we sponsor sports teams. Sometimes they fight a terrorist group and then sponsor it and fight it again. Sometimes they sponsor it and fight it at the same time. That’s the kind of situation that gives counterterrorism experts headaches, but maintains a bizarre kind of stability in the region. 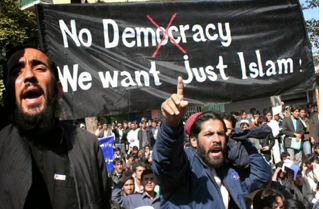 A Muslim country with a terrorist problem points the terrorists to another country. That’s a major reason why Lebanon, Syria and Iraq are disaster areas. It’s also why our Gulf allies keep funding the terrorists attacking America. Not only is it the religiously devout thing to do and confers geopolitical advantages on them, but it’s also the international equivalent of dumping your toxic waste next door.

Exporting Islamic terrorism is something that Muslim countries can do more easily than non-Muslim countries can. The Russians are about the only non-Muslims to have managed to do it without getting hurt too badly. Our own efforts in dabbling with foreign Muslim terrorists have been disastrous. Trying to export domestic Muslim terrorists into another conflict would be a terrible idea.

Nevertheless the West is doing just that in Syria, intentionally or unintentionally. And the consequences will be quite serious because unlike the Saudis, we can’t keep generating international conflicts for them to fight in fast enough to prevent them from coming home and killing Americans.

Obama and the EU are trying to manage Islamic terrorists, but only Muslim countries can do that. In the Muslim world, terrorist groups function as unofficial militias, proxy armies that can be dispatched to fight their enemies. But Islamic forces fight for an Islamic cause. Obama can claim that America is one of the world’s largest Muslim countries, but he can’t call on their Islamic allegiance to the United States.

The most crucial decision in our approach to Islamic terrorism is to decide whether it represents a foreign or domestic element. If we treat Muslim terrorists as a domestic force, then we will have to cater to them. The path of appeasement will eventually lead to adopting some form of Islamic law even if we do it under the guise of our existing legal system, such as prosecuting blasphemy against Islam under hate crime laws. But as we attempt to manage Islamic terrorism, the violence will increase.

Eventually we will discover that the only way to compete with Al Qaeda or ISIS is to adopt elements of the Islamic program, the way that the West did with the radical left. That is what most Muslim countries have already done. And if we do it, then we will have defeated ourselves. That is why the approach advocated by Obama and the European Union is bound to fail. The United States is not a Muslim country and it cannot afford to manage terror the way that Muslim countries do.

The Islamic terrorist is not a legitimate domestic element in America, the way that he is in Pakistan or Syria, because he has no function here. The United States is not in need of freelance fanatical militias following a foreign creed that puts them at odds with Americans. If we attempt to cultivate Islamic terrorists, then we will still end up becoming their first, or at best, second choice of targets.

Europe still insists on seeing Islamic terrorism as a domestic social problem and if its Muslim population continues to grow, then eventually it will be correct. Islamic terrorism will cease to be a foreign threat to Europe and become the means by which its non-Muslims are integrated into accepting Islamic rule. 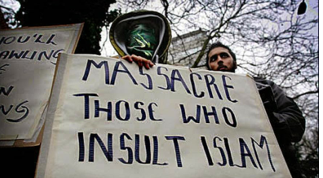 The United States however is not an Islamic country in any sense of the word. It does not face the same demographic danger as France. And it should not treat Islamic terrorism as a domestic element.

To defeat an enemy, we have to view it as external to ourselves. When we accept Islam as a domestic phenomenon to be grappled with, managed, moderated and deradicalized; then we give up on the possibility of defeating it because an internal problem that is part of us can never truly be defeated.

And that defeatism becomes a self-fulfilling prophecy.

When we treat the War on Terror like the War on Drugs or the War on Poverty, then we accept the impossibility of winning. Instead we adapt to a European mindset of managing the fallout from the latest batch of attacks. Terrorism becomes no different than crime; a threat we try to live through without hope of ever seeing it end. And that way lies a police state and numberless terror attacks for it to police.

Declarations of war are important because they remind us that we have an external enemy. Internal enemies may be a part of us, but external enemies are not. We can defeat them without defeating ourselves. We are not doomed to fight an endless struggle with Islam unless we make it a part of us.

Will Hillary Be the Next President?