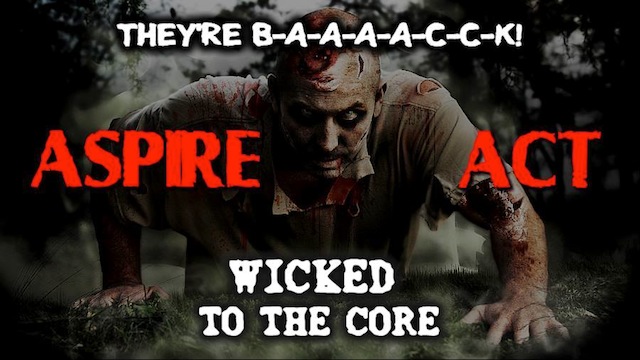 Common Core pushers are starting their shenanigans right off the bat this session in Oklahoma.  Last year, you may recall, we repealed Common Core in the state of Oklahoma.  This year, the same culprits in our State Senate are trying to once again side-step parents and other tax-payers by writing bills that will require students to use the ACT test, which is now re-written to be Common Core aligned.

Yes folks, the architect of Common Core, David Coleman, a bureaucrat who has never been an educator is now president of the College Board to see if he can do as much damage there as he has done to K-12.

So once again, Oklahomans will have to bring our symbolic pitchforks and fight off these tyrants who are just like the Walking Dead rising again to kill parent’s rights in education.

With our State Board of Education appointed by and serving at the pleasure of our Common Core-aligned Governor, We the People of Oklahoma may have to show up by the hundreds AGAIN to stop schools from proceeding with Common Core. There are many Superintendents across the state who never changed from Common Core (hush, hush). These bureaucrats from D.C. actually believe that they can know what career path to put a third grade child on, and they intend to collect and share the data on your child to prove it.  Wicked to the Core.

Here is an excerpt from an article from Restore Oklahoma Public Education explaining what Common Core fighters have to look forward to NEXT to prepare.

Enter the ACT. For months and months we have heard school administrators (and a few legislators) say they wanted to do away with EOI’s and use the ACT. The argument has extended to the notion that we should do away with other K-12 tests and use the ACT because it is “college and career ready” and could be used to make sure students are on track to graduate as early as 3rd grade. Obviously, the high school tests could be used as an exit exam of sorts as it is taken by thousands of students prior to graduation in order to use the results on college entrance applications.

Here’s the problem with ACT:  It is Common Core aligned. Yes, ACT has a number of products – not just one test – but apparently, they are if not fully aligned, somewhat aligned to Common Core. I have done all kinds of internet searches on “ACT Common Core Aligned” and found numerous articles substantiating this claim.

ACT says, about its ACT Aspire product (under features),

Now, again, there are many other ACT products, but from researching their website and from reading articles about their new ‘direction’, it is clear that ACT products are either fully aligned or somewhat aligned.”

I hope you will take a moment to read the entire article here:  http://restoreoklahomapubliceducation.blogspot.com/2015/02/act-is-not-way.html

Jenni White responded to a comment on Sunday regarding students who wish to go to college would have to take the ACT anyway, so why not just take that one test instead of the series of 7 tests:

“I don’t care for all the tests either, but IOWA and Stanford both have exams that could be used in place of ACT. While the lack of using Common Core English standards are probably not going to have a significant effect on a child’s ACT score, the lack of using Common Core math standards will because the standards teach such different ways to perform math functions – especially in the lower grades. There are already many instances of states using the Common Core-aligned GED and seeing dramatic drops in student scores. Why? Ostensibly because not all students had been taught the Common Core way. You might search for articles relating to colleges and universities now providing alternative methods for college entrance than ACT and SAT.”