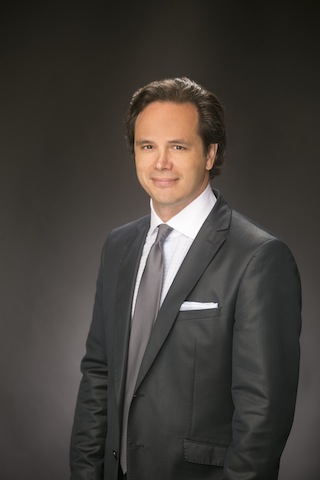 Tom Del Beccaro, former chairman of the California Republican Party, has announced that he is opening an exploratory committee to run for the U.S. Senate seat. As an attorney, father, and lifelong resident of California, Del Beccaro believes he can make a difference by serving in the U.S. Senate.

In a deep blue state such as California, Del Beccaro acknowledges that this may be a momentous task. However, he says, “We’ve had more than 20 years of one-party rule in this state.”

What follows are Del Beccaro’s take on some of the very serious issues California is facing and how he plans to tackle them.

After 20 years, we are #1 in poverty, an education system towards the bottom, and we can’t even get a responsible drought relief bill through Congress. There hasn’t been leadership from our Senators in terms of helping California.

In the old days, Senators cared about jobs and prosperity and education of its citizens – and when you’re #1 in poverty and towards the bottom in education, after 20 years of those policies, we need a change. I think we’re #1 in [high] taxes, we’re #1 in regulations, we’re in trouble. All of these things come in the same basket. So why would Californians sign up for another 20 years of that with Kamela Harris?

Twenty years ago, we had millions of manufacturing jobs, and now there are 2 million people working for the government here and under a million manufacturing jobs. I don’t know who thinks California has a railroad crisis – we have a lot of crisis. We are spending 7 times as much on pricey rails than on reservoirs. How does that make sense? Better water policies can.

If I ran, I would offer strong policies for economic growth – that would include a better balance – a better policy so that more jobs can come here. Recently the legislature offered Tesla a tax cut because they thought it would lead to jobs. We need not situational economics, but we need economic policies that will work for everyone, not just the well-connected. That sounds popular, but why should Hollywood get tax breaks and mom and pop don’t? We shouldn’t be picking winners and losers – more economic activity for everyone.

We need clarity when it comes to foreign policy; we need to be clear about who ISIS are. We should help those who are (going to fight ISIS), and we need a change in policy towards the Middle East; I don’t think another Democrat like Kamela Harris would bring about that change.

I am not a supporter of Common Core; I’ll never be convinced that a bureaucrat in Washington can equally designing a program that would benefit a student in Oakland and a student in Beverly Hills. I do support private schools, vouchers, charter schools.

"Chappie" Movie Review: 3 Out of 5 Stars