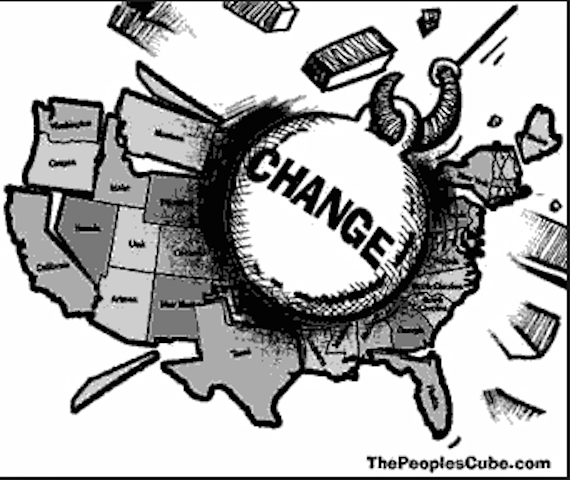 It has come to my attention that our nation has fallen into the hands of an administration that is hellbent on destroying the America that existed before 2008. Seemingly, in a state of national hypnosis, America has become something almost unrecognizable as the land of the free and the home of the brave. Instead of stars and stripes waving in the free and mostly fresh air of the most envied nation on the planet there are now shockingly more images of the offensive and ugly Nazi emblem and other unseemly protests against showing the star spangled banner at all.

In the back of my mind I hear a low and constant rumble of some manifestation of a wrecking machine, and the sound seems to come from the seat of government, Washington D.C. At first, I believed that the unpleasant and unwelcome discomfort was merely troubling me because I had suddenly realized that I was old. No, not the old quite yet of the nursing home waiting list, but old in the sense that my opinion no longer mattered, that I and all of my ilk were irrelevant and we should shuffle on down to the mortuary, quietly of course. Looking about, I came to realize that perhaps I had become one with the wrecking machine, and that there was nothing I could do about it, move along, nothing to see here. And I obediently curled up into a ball of misery and turned my face to the wall. What difference did I make anyway, as I had neither money nor power, and was long retired from what had once been my place of pride, as I had been a teacher.

In the web of my self pity I almost enjoyed the silence when the I muted the sound of an oncoming end. Surrender, I thought. It is my duty to abandon all that had been my source of self satisfaction. I was almost happy to slide into the role that millions of me were expected to accept and quietly pass away. Deep breath, and clapping sound covered the last machine sound and as I resigned myself to the designated fate of the elderly I caught myself resisting, and a hot tear shocked me upright. No, my inner self respect voice, the one I had built on from the first urge to be someone who made a difference, someone who could wall freely with the shakers and movers of the America I was born to love. Another tear came, and as my face was soon wet with the shame of surrender I found that I was going to stand up, not to the world, that was foolishness, but to myself, to the realization that my time had not yet come to walk, or crawl, away. There was something that was yet to be proud of, and I needed to tend to business.

Rising, I dried my eyes and looked around for the evidence that there was a job ahead, a rebuilding of the wreckage of years and of the wear and tear of time on the corpus human, and not the human corpse. I had already won, and thinking of the wrecking machine, surrender was no longer possible and I remembered that line from a long ago poetry book, “hope springs eternal in the human breast”. I stood erect, as I still could, slipped on my shoes, and stepped outside into a brilliant sunrise and a new day.

Wrecking machine was quieter, but the sound no longer froze my resolve, to step into the path of whatever was coming my way and return to a stubborn character trait that had almost slipped away: Never Give Up…..Surrender is for sissies. Here I go again, wrecking machine and old age be damned.

To Spank or Not to Spank, That is the Question…in France