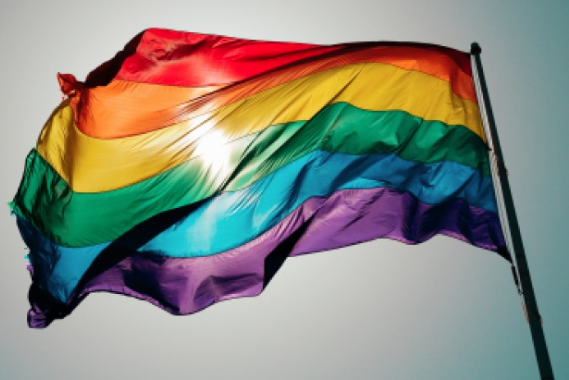 Corporate media’s top three networks attacked Indiana’s Governor, Mike Pence, over the weekend— in total for 25 minutes and 30 seconds according to Fox and Friends, while framing Indiana’s Religious Freedom Law as anti-gay, anti-LGBT, and discriminatory in nature.

The bill passed with both chambers of the Republican-controlled state legislature in favor of it. It will prevent the government from forcing business owners to comply in ways contrary to strongly held religious beliefs. The radical Left is arguing it is discriminatory.

“The Constitution of the United States and the Indiana Constitution both provide strong recognition of the freedom of religion but today, many people of faith feel their religious liberty is under attack by government action,” said Pence, in a statement after signing the bill.”

Legal experts explain the Religious Freedom Restoration Act sets a standard that will allow people of all faiths to bring religious freedom claims.

Governor Pence was interviewed Sunday on ABC’s “This Week” by George Stephanopoulos who asked Pence if the law allowed businesses such as florists to refuse to work with gay or lesbian weddings, as opponents to the bill are stating, Pence answered,

“The question here is if there is a government action or a law that an individual believes impinges on their religious liberty, they have the opportunity to go to court, just as the Religious Freedom and Reformation Act that Bill Clinton signed allowed them, to go to court and the court would evaluate the circumstance under the standards articulated in this act.”

The radical Left is arguing business owners will use religion as a reason to legally discriminate against members of the LGBT community.

Stephanopoulos continued to badger Pence with a hypothetical question that if a florist refuses to serve a gay couple at their wedding is that legal now in Indiana. “Yes or no?”

“Is tolerance a two way street or not? There’s a lot of talk about tolerance in this country today having to do with people on the left. . . here Indiana steps forward to protect the constitutional rights and privileges of freedom of religion for people of faith and families of faith in our state and this avalanche of intolerance has poured on our state. It’s just outrageous and I’m not going to take this lying down.”

Pence cited the federal version of the Religious Freedom Restoration Act of 1993, introduced by Chuck Schumer (D-NY) and signed by then President Bill Clinton. It was passed by a unanimous House of Representatives and nearly unanimous Senate. Most recently the Supreme Court ruled in favor of Hobby Lobby based on this law, which is the law of the land.

Thirty-one states have laws similar to Indiana’s. Some were passed by state legislatures while others were instituted by court decisions. Yet there has been an unprecedented backlash from some businesses such as Angie’s List and Apple.

White House Press Secretary Josh Earnest responds to Pence’s reference to the 1993 law of the land saying, “If you have to go back two decades to try to justify something that you’re doing today, it may raise some questions about the wisdom of what you’re doing,” he said on “This Week.” “It should be easy for leaders in this country to stand up and say that it is wrong to discriminate against people just because of who they love.”

People of the Christian faith would agree. They want to stand up for the one they love, Jesus Christ, and Biblical standards. Both the law of the land and the Constitution’s First Amendment confirms their religious rights.

The radical Left’s attack does not stop with their Leftist media arm but is extending through social media, which is ablaze with their lack of tolerance for people of faith. Twitter as well as Facebook is being flooded with accusations of discrimination and anti-gay rhetoric justifying their intolerance with opinion rather than with a constitutional argument.

The First Amendment to the United States Constitution says, “Congress shall make no law respecting an establishment of religion, or prohibiting the free exercise thereof; or abridging the freedom of speech, or of the press; or the right of the people peaceably to assemble, and to petition the Government for a redress of grievances.”

Christians do not leave their faith at home when they enter their workplace each business day. We live our faith and therefore our businesses are an extension of our faith.

Rush Limbaugh recently cited from a December 2013 blog post by Eugene Volokh, a law professor at UCLA School of Law, called, “What Is the Religious Freedom Restoration Act?”,

“In 1993 Congress enacted the Religious Freedom Restoration Act which gave religious objectors a statutory presumptive entitlement to exemption from generally applicable laws subject to strict scrutiny. Government may substantially burden a person’s exercise of religion only if it demonstrates that application of the burden to the person is the least restrictive means of furthering a compelling governmental interest.”

Limbaugh, translating the legalese, states, “In 1993 Congress enacted the Religious Freedom Restoration Act, which gave people the religious right to invoke their religious principles and be exempt from applicable laws in the process if they were in fact invoking religious principles.”

“Since 1997 (and in some measure before), about a dozen states enacted similar state-level RFRAs as to state law, and about a dozen more interpreted their state constitutions to follow,” the court’s previous ruling. Indiana is not alone here. At least 25 states, 26 states right along with them, which means half of the states as we sit here today, have their own Religious Freedom Restoration Act laws or else they interpret their laws to follow the Supreme Court previous rulings, which would now include Hobby Lobby.”

Limbaugh and others point to Democratic fundraising as the motive to inflame the LBGT community not only to donate but to provoke their passions toward activism for the next election. The trampling of other’s legitimate religious rights under the Constitution or the law of the land does not seem to be a factor in their judgment.

In the meantime, Christian business owners such as florists and bakers have been forced into court or even to close their business. One sad example was just reported on March 11, 2015 by Worthy News, where an Indiana bakery whose Christian owners declined a request to make a cake for a same-sex ceremony has decided to close, according to the Christian Post.

Randy McGath, said “his business became problematic last March when gay activists protested the bakery after the McGaths’ declined a cake order for a same-sex wedding. Posting on Facebook, he writes,  “As Christians, we have a sincere love for people. As artists, we must find the inspiration to create something special for our clients. When asked to do a cake for an occasion or with a theme … that is in opposition to our faith, that inspiration is not found….”

However at Tuesday’s a press conference, Governor Pence said the law has been “mischaracterized” leading to a wrong perception. He asked for the legislators to clarify the intent that this law does not give businesses the right to deny services to anyone.

What STINKS in the Bergdahl Trade?