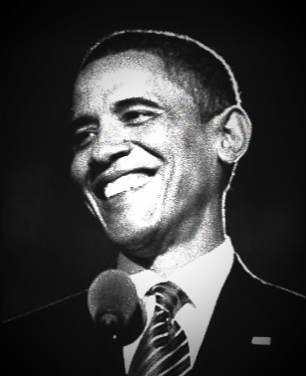 The Republic is crumbling before us. We no longer seem passionately aroused by the shredding of our Constitution, the Bill of Rights, or the dismantling of our Judeo-Christian foundation that produced a prospering and healthy, moral, civilized, God respecting and well assimilated society known as the United State of America. Rather we’ve become anesthetized, accepting our demise passively while this president, assisted by his tribe, bring ruin to the chambers and halls of government, chaos to the streets, failure to small businesses and our citizens to their knees. We were once a nation ruled by law and a people equal under that law—a free people who could live out of our consciences, enjoying freedom of speech, freedom to like or dislike, to respect or disrespect anything or anyone, freedom to speak our minds and hearts openly without fear of retribution unless is was libelous or slanderous. Now we are ruled by a single man with a single vision to transform what remains of our America, leaving no hope of restoration because we on the right are not equipped to fight this government entity.

We are not unfamiliar with this ideology. As children we read about it. We heard about it. We sympathized with those who lived under it. However, we were not taught to consolidate resources and move as one against it, because we were not aware of the then shadowed presence. Communism and her children have never been successful, but they thrive in the attempt to establish their reign, while we helplessly observe. She is raised up in stages, birthed first in socialism, then developing her adolescence through Marxism, and when fully developed, communism takes the throne and scepter. She rules with an iron fist and fear. People perish, freedom is forever a byword, corruption becomes prevalent and the middle class is absorbed into the lower class. No one can name a happy people under communist rule. Yet they prevail by might. The people who initially rallied and cheered for her “forward movement” are bribed initially with entitlements and promises of fairness, taking from the haves, and giving the have-nots.

Her doctrines, which are masked to the masses, are not new to those of us who have even a slight familiarity with American history. But to those who follow her muted mentality and her appointed surrogate—and his tribe, do so because her feigned resemblance to sweet righteousness seems noble—holy even. These pseudo-elites were taught in the once hallowed halls of the Ivy League colleges— by other pseudo elites whose sole purpose was to produce after their own kind. And they did, decade, after decade, after decade, while we did nothing to disturb their feeding and breeding grounds. So by way of our passiveness and ignorance, we permitted them to soldier our children, dumbing them down to become either passive compliants like ourselves, or evangelists for Marxism with no critical thinking skills to protect themselves or our union.

The counter culture, we thought, was an end in itself. We thought that this movement was nothing more than a different perspective—a different point of view. Fox News espoused our American weakness by becoming known for being “Fair and Balanced” to an enemy who covertly connives to rob us of our wealth and prosperity mind-set; our morals shaped from our religion, our norms fashioned from that morality, our education system where we engineered our future of the American way by seeding our great principles into our precious children. We were an enlightened people because of our Judeo-Christian foundation and philosophy that understood the natural laws of the universe—cause and effect and sowing and reaping. We were a people who built the most powerful and prosperous nation on earth using the principal of meritocracy. The spiritual systems and their greatness were chiseled into our justice system, rule of law and even common law—all from the Bible. Hence, we were enlightened, consciously and unconsciously. We evolved into a civilized, flourishing and good society. Not perfect, but good. And we were always able to overcome our notable blind spots and correct them eventually. We became a generous and hard working people, who helped their neighbor and friends—here and abroad.

However, we neglected the due diligence necessary to keep our nation’s safe from within. We were too generous in our freedoms. Too generous with freedom of thought and speech. We dismissed the warnings, evidence and remedies to treason and the festering covert ideologies. The enemies of America take advantage of this unwise generosity. The infiltrators knew they could take our nation from within by first infiltrating our educational institutions. This way they could seed every institution, future government placement and occupation. And they did. These educators worked our system and stole our gold. They took our sciences, our values and re-prioritizing them created a new schema—a filter so that in evaluating current events, issues and threats their judgment would be compromised and therefore blinded. The elites became proficient in linguistics, mastering framing and narration and are able to deceive an entire nation that our glory is not worthwhile and our faith in God is misguided— juvenile—a myth..

As patriots, we are pathetic. We twitter away our precious time, tweeting, posting on Facebook—spending countless hours, commenting, sharing and liking; we couch our bodies—literally, to watch Fox News programs, murmuring and complaining, assuring ourselves that the word is getting out and surely others will “resist” the take-over of the Republic. I am saddened to report, President Barack Hussein Obama–the lawless president–is prevailing.

In the video below, Mark Levin interviews Susan Payne, a WCBM Baltimore contributor and co-host of the Pat McDonough Radio Show. You will hear of the plot to complete America’s transformation through a seedling plan to create a county within our country using the Central America’s illegal immigrants by designating them as refugees, which will grant full government subsidies.

Hillary Clinton: The Hypocrisy of a Woman Benefitting Off Of the Suppression of Other Women