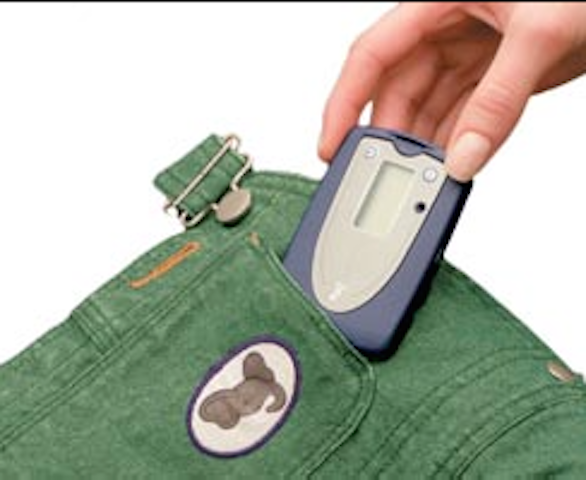 Raise your hand if you would voluntarily allow public schools to track your conversations with your child.

I can’t see you, but I’m guessing you are not raising your hand.

The LENA Research Foundation in Colorado has contracted with Huntsville City School District in Huntsville, Alabama to record the length of conversation time parents have with their small children.

Luckily, this is a volunteer thing; parents do not have to sign up. I’m sure it’s being spun as a wonderful program and if you participate you will be helping so many people and all of that nonsense. Because, otherwise, why would you ever volunteer for this?

Here’s the gist of the program, according to Geek Palaver:

During the Huntsville City Schools Board of Education meeting last night, the board, without asking a single question, approved Dr. Wardynski’s recommendation for a 24 month contract with the LENA Foundation for $93,500. (Editor’s note: it has since been learned that the board did hear a presentation from LENA on February 19th of this year which is probably why there were no questions.)

For a two-year contract, this one is actually rather small, but it will have far-reaching implications. Basically what the LENA Foundation does is collect data on the amount of time parents spend speaking to their children in order to help reduce the language gap that typically exists between children born into poverty and those born into homes above the poverty line.

In order to collect this information, the district will be seeking parents of young children to give the district and the LENA Foundation the right to record every incident of conversation between the parent and the child.

Palaver notes that Dr. Casey Wardynski, Huntsville Superintendent recommended the board approve the 2 year contract. He said that the district will “work hand in glove, even before they get to school, to make sure kids are school ready.”

He also notes that he is not sure exactly how the program works but he was able to find under LENA’s “Legal” section on their website this explanation:

The LENA recorder cannot play back and is designed only to connect to a computer for processing. No one listens to the recording, and it is erased after the computer processes it. The computer processing does not recognize words or their meaning; it only counts them. The processed ‘count’ data is known as metadata and is used by us to produce reports that tell you how much you are talking to and with your baby. The reports include information on counts of words, conversational turns, and TV/electronic minutes.

Well there you have it! Whew! I was concerned about the possibility of this project going sideways and the incredibly intrusive nature of it! The civil liberties lost here are mind blowing to say the least.

The program will begin in May of 2015 and the first “class” of participants will be around 50.

I’m not worried at all about this, would you be? This company obviously tells the truth. Never mind that they have said this is the first time they have contracted with a public school district but, in fact, we see this on the website:

Thanks to Missouri Education Watchdog, who I read frequently, I was able to see this story and look at it more. MEW points out that Lena Pro uses the same video recorder used in the Huntsville contract with LENA Start.  Instead of evaluating small children in an institutional setting, LENA Start will be able to track young children in their conversations with parents.

This brings the idea of P20 (pre-natal to college and career) to a whole new level. I’m sure that there is just no way that LENA could hear what a person is saying…it only measures sound, supposedly.

I’m beginning to wonder when they will decide that an educrat should do the baby catching at the hospital and the government will take care of them for the rest of their lives.

Which is the Better language, English or French?