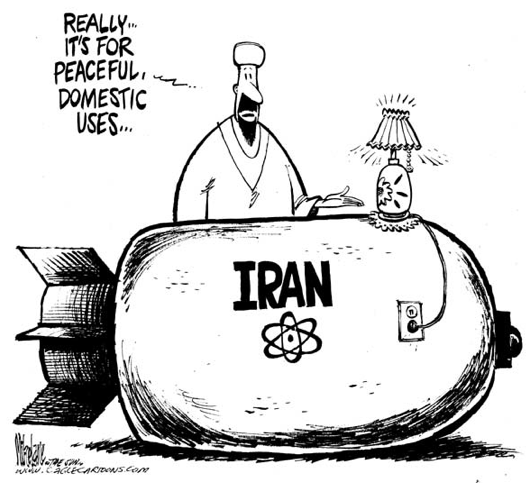 “… It is time to turn the page on eight years of policies that have strengthened Iran and failed to secure America or our ally Israel… George Bush knows that I have never supported engagement with terrorists…” ~Obama, 2008

On the morning of March 3rd, Israeli Prime Minister Benjamin Netanyahu delivered his monumental speech to the representatives of and the people of the United States. The speech was being touted as everything from divisive to being reminiscent of Churchill.

People for the most part understand the threat to Israel if Iran becomes a nuclear power, yet not many seem to care, nor do they understand the threat to the United States should Iran gain the ability to develop nuclear weapons. Iran and their terrorist proxy group Hezbollah have, as Netanyahu pointed out, carried out terrorist attacks on the United States, most notably by Iran’s taking fifty-two American diplomats and citizens’ hostage for 444 days and later in Lebanon where the Beirut bombing killed over 241 Americans and 58 French service members.

The United States under Obama have given way for Iran to flex their power once again, which puts both of our nations at high risk. It’s no secret that Iran has been seeking ways to destroy the U.S. and/or wipe Israel off the face of the earth.

While Obama has been wheeling and dealing, Iran practiced destroying American ships during exercises as was reported late last month.

On Feb.25th while the latest nuclear Iran negotiations were being wrapped up, Iranian navy boats attacked an “American target,” in the Strait of Hormuz while missiles shot it from the shore. Meanwhile, ground-to-air rockets shot down fake U.S. warplanes on a simulated bombing mission over Iran. An earlier exercise took place in the same area in December of last year.

According to a report by DEBKAfile, Admiral Ali Fadavi, head of the Revolutionary Guards Navy lay down the guidelines for the exercise, “Wiping out the American Navy in the Persian Gulf in the space of a few hours.”

A year ago DEBKAfile revealed that Iran was building a mock-up of a U.S. carrier which Tehran claimed was designed for a movie.

On April 27, 2014, Iranian sources quoted Adm. Ali Fadavi as ordering Iranian forces to target a replica of the USS Nimitz aircraft carrier during war games saying, “Either you vanquish the enemy, or he will destroy you. Our goal is to devastate the enemy on the waves of the Persian Gulf.”

Less than a week after the latest mock attack, Secretary of State John Kerry asked Israel to give Iran the benefit of the doubt on the nuclear talks.

Officials have described a compromise that would see Iran’s nuclear activities “severely curtailed for at least a decade.” In an article from March 2nd, Obama addresses the 10-year window, with Netanyahu mentioning in his speech that restrictions will eventually expire. For a deal to be reached, Iran must commit to a freeze sensitive nuclear activity for at least 10 years.

As I heard Netanyahu speak of that concession, I couldn’t help but think of people worrying about the massive national debt which will be heaped on the backs of our children and grandchildren. The idea of the world giving legitimacy to a nuclear armed Iran and sparking a nuclear arms race in the Middle East is even more of a despicable legacy. This is something that we must refuse to silently sit back and watch for the next generation to deal with – long after our current leaders are living in comfortable retirement.

Time and again, the Obama Administration has wasted time, thereby giving Iran a chance to grow stronger. In November 2013 Obama tried to convince Congress not to go ahead with a bill to tighten sanctions against Iran.  He stalled Netanyahu’s efforts to keep the sanctions tight until strict conditions are met. At that time, Iranian President Hassan Rouhani maintained that Iran had no interest in nuclear weapons, yet had still been blocking international inspectors from facilities while U.N. inspectors found evidence of a weapons program in violation of the Nuclear Non-Proliferation Treaty.

Winston Churchill once said, “If you have an important point to make, don’t try to be subtle or clever. Use a pile driver. Hit the point once. Then come back and hit it again. Then hit it a third time – a tremendous whack.”

How many times must Israel and others pound the idea that Iran is not interested in producing nuclear energy for commercial use, but to enrich enough Uranium for weapons and a nuclear bomb?

Last November, Obama tried to claim that Iran has not added any new centrifuges to its enrichment facilities.

Knowing that Iran has enough energy sources from oil and gas, I asked a friend who has worked in the nuclear field about Iran’s claims of a peaceful use for their nuclear program and what exactly would it entail to make nuclear energy for commercial use versus nuclear weapons?

“It’s not a matter of how many (centrifuges) they need to run a commercial nuclear program. The quantity is all about how fast they enrich the Uranium… they only need 3% enrichment to get reactor grade material , 20% to get dirty bomb quality, and 85% to get what’s known as ‘weapon’s grade’, for their nuclear arsenal.

The reason they talk about the newer centrifuges is because they are so much faster in enriching. It takes a very long time for the centrifuges to enrich the Uranium to weapon’s grade (obviously not nearly as long as commercial grade). Then they have to make a large quantity to either make their fuel rods for the power reactors or a far lesser amount to make a bomb.

Iran already has a nuclear power plant, with a couple more planned. They have apparently made several hundred pounds of 20% enriched U-235 and want to enrich it further.”

So in other words, Iran has several hundred pounds of dirty bomb grade material, which is enriched more than commercial grade Uranium. Russia is already providing fuel rods for Iran’s electrical need, while demanding spent rods be sent back to prevent further enrichment.

Back to my friend’s explanation,

“The more centrifuges they have, and the more advanced and improved ones they use, the quicker they can get the higher enrichment. They do not need this for commercial use. Russia already supplies that. They do not need it for their medical research reactors. They already have exceeded the amount they need for that. It is solely for further enrichment and that can be for only one thing – nuclear weapon’s grade fuel.

The only difference between a nuclear electrical plant and a gas-fired electrical plant is the fuel source. When you have a country full of gas and oil, there is no need to switch to a more expensive, more dangerous source of fuel.

Here is an article which talks about Iran’s bomb-making versus civilian needs and purposes that Iran presently has stockpiled enough fissile material for 7 nuclear weapons and can produce enough to make one every 1.7 months. Take note that they are only talking about 9,000 centrifuges while in reality, Iran has supposedly achieved almost 18,000 with a goal of 54,000.”

Obama has claimed that his Administration is a staunch friend of Israel, yet if that were true, we would not hear stories such as Obama threatening Israel with firing on Israeli jets if they attack Iran.  We wouldn’t hear our current Secretary of State mocking Israel’s foreign policy, and we certainly wouldn’t hear administration officials calling the Prime Minister of Israel a chicken sh*t.

The Obama Administration spent more time during the weeks before Netanyahu’s speech criticizing the Israeli Prime Minister and the U.S. Congress than they have criticizing Iran’s latest threats of wiping out Israel and threatening the US claiming to “raise the flag of Islam over the White House.”

Comments by the White House before and after this speech are indicative of the Obama administration’s disdain of Israel, and all the more reason it was important that Netanyahu address Congress. The Israeli Prime Minister has more to worry about now, without later generations wondering why the world ignored the warnings and allowed something that we swore would never happen again–to happen again.

This speech by Netanyahu is the most important speech I have heard in my lifetime. It would be my hope that leaders will take his advice to take the path less traveled, and stop negotiating with the Iranian terrorist state. Unfortunately Obama seems to believe his plan is better .

Prime Minster Netanyahu ended his speech with the thought that even if Israel has to stand alone, Israel will stand resolute. While millions of Americans would prefer our leaders to stand with Israel, I hope Israel knows that we the people do stand with them.