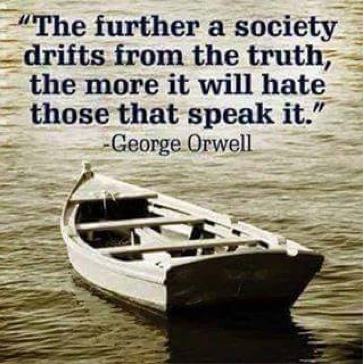 We are now seeing more and more of that much-promised “fundamental transformation of America,” where ACTUAL terrorists are being removed from official U.S. terrorist lists… and well, ordinary (Constitution-loving) Americans are being groped, spied upon, harassed by federal agencies (like the IRS), or added to government “watch lists” by the current administration.

An annual security assessment presented to the U.S. Senate by James Clapper, the director of National Intelligence, has dropped Iran and Hezbollah from its list of terror threats to U.S. interests, despite both being consistently included as threats in previous years, AND despite the fact for many years, Iran has been deemed the world’s “most active state sponsor of terrorism.”

The Council of Foreign Relations has stated:

“U.S. officials say Iran provides funding, weapons, training, and sanctuary to numerous terrorist groups–most notably in Iraq, Afghanistan, and Lebanon–posing a security concern to the international community. Iran’s declarations that it has successfully enriched uranium and developed new missile technology have heightened alarm in the United States and other countries that the Islamic Republic might transfer weapons of mass destruction (PDF) to militants or armed groups.”

Some of Iran’s other alleged terrorist activities also include:

Never mind the fact that Iranian leaders have often referred to the U.S. as the “Great Satan,” and have also promised to wipe Israel off the map.

Of course, then there is Hezbollah. Hezbollah has also been implicated in numerous terrorist attacks against Western targets, including the 1983 bombings at the U.S. Embassy. Its other major attacks include:

Hezbollah has actually pioneered the use of suicide bombings in the Middle East. It also maintains an operational presence in the U.S. that uses funds raised through criminal activities to help finance the organization’s terrorist activities.

“Hezbollah also maintains an extensive infrastructure throughout Europe that provides logistical and financial support and has garnered funds through front companies in Africa and the regional diamond trade. Additionally, the terrorist group raises revenues in Latin America through drug-trafficking, money laundering, forging travel documents and weapons and people smuggling.”

So, why the U.S.’s sudden change of heart toward Iran and Hezbollah, anyway?

As we all know, the U.S. and other Western nations, along with a coalition of regional allies, both Sunni and Shiite, have been launching attacks against ISIS targets in Iraq and Syria in recent months. Iran and Hezbollah have been fighting against ISIS as well.

From The Times of Israel:

“The Sunni group, also known by its acronyms IS, ISIS and ISIL, is an offshoot of al-Qaeda that has carved out a self-proclaimed caliphate across large swaths of Syria and Iraq, both of whose governments are allied with Iran’s.

The Shiite Lebanese group Hezbollah, which is funded and mentored by Tehran, has been fighting the Islamic State, independently of the American-led campaign, both in Syria and Iraq.”

According to one Israeli think tank, the removal of Iran and its proxy Hezbollah from the list of terror threats, where they featured in previous years, was directly linked to the campaign against the Islamic State.

However, Prime Minister Benjamin Netanyahu recently said, “The enemy of your enemy is your enemy.”

Simply because Iran is fighting against Islamic State does NOT automatically make it friends of the U.S.

The recent removal of Iran from official U.S. terrorist lists is also linked to the U.S.’s ongoing talks with Iran in an effort to reach an agreement on its nuclear program.

So, will President Obama simply give Iran everything it wants (including removal from terrorist lists) just to reach an agreement before he leaves office…even if the agreement is horrible, especially for Israel and America?

Unfortunately, we have an administration so set on its agenda to “fundamentally transform America,” that it lacks the moral clarity to discern good from evil, to discern what is good and what is really horrible… even when it comes to nuclear agreements with Iran. Removing Iran and Hezbollah from official terrorist lists is already proof of that.

School In NY Has Parents Up in Arms Over New Rule: No Homework

Common Core in Oregon: It Could Get Ugly