This afternoon, Jeb Bush is set to take the CPAC stage to plead his case to conservatives. Rumors have circulated on Twitter and in the media about a potential walk out during Bush’s speech.

William Temple, a member of the Golden Isle Tea Party in Georgia, “told The Washington Times that the party doesn’t need another Bush in office, and said that the party should listen to the grass-roots activities that helped fuel their gains in the 2014 election.”

According to Temple, many people were protesting CPAC because of Bush’s speaking slot.

“‘We are going to get up en masse, and we are going to walk out on him…We are not going to interrupt anyone’s speech, but we are all going to exercise our right to [use] the bathroom at the same time.’”

Conservatives not at CPAC flocked to Twitter to express their distain for Bush. 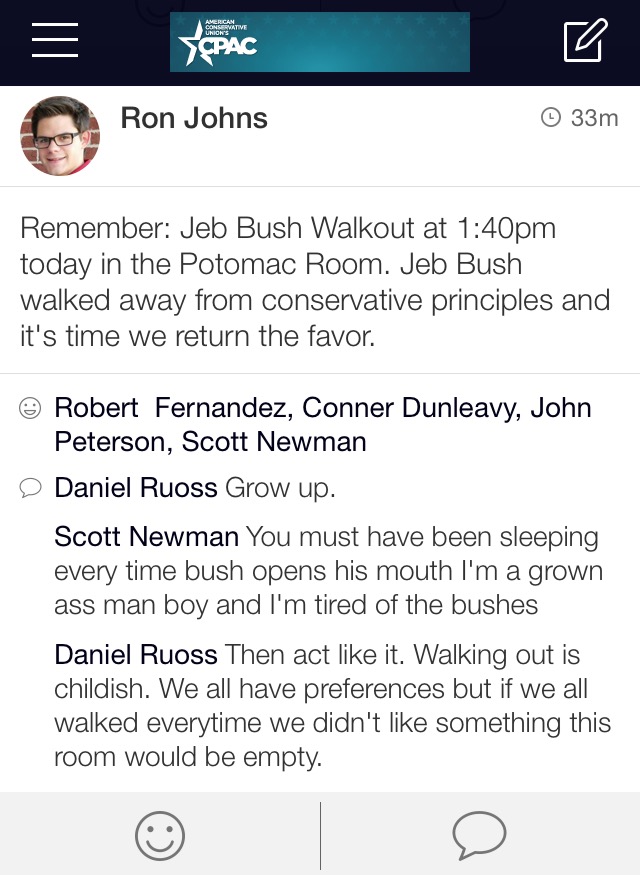 CPAC attendees in support of the grassroots walk out took to the CPAC 2015 mobile app to encourage other attendees to do the same during Bush’s speech.