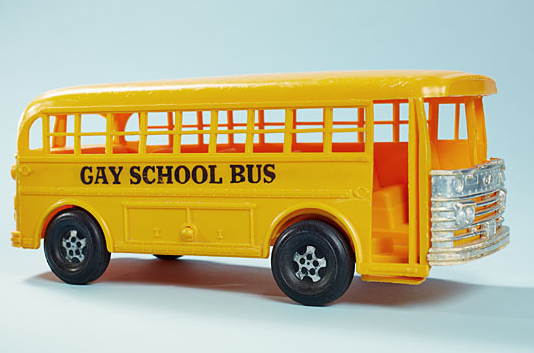 Some very progressive and “tolerant” folks in Atlanta are working hard to raise the funds to make a school for gay, bisexual, and transgender kids become a reality in time for the beginning of school in the fall of 2015.

According to The Daily Caller the school will be called Pride School Atlanta and starts as early as PRE-K.

“I want a place where queer and trans families can bring their kids and not have to worry about being the token lesbian family or the token gay family,” Christian Zsilavetz, a chief founder, said, according to Pink News.

Zsilavetz explained that he believes Atlanta needs a school where gay students are segregated from the general student population because too many children are bullied and taunted for their sexual preferences.”

Kids are kids, “gay” or not. Some little boys like pink and some little girls like Tonka trucks. Does that mean their parents are going to put them in the “gay” box at age 3 and shell out the $12,000 a year tuition to attend this school?

Kids are going to bully no matter where they are. There is always going to be that jerk who finds something, anything, to make fun of. Maybe someone just won’t be gay enough. Or they’ll be too gay. Or fat, or short, or have a stupid haircut.

Well I think this is just a great idea and I propose we create a school for only straight kids!  Wait. That’s not fair? That’s homophobic? Intolerant of other people? Non inclusive? Hateful? Maybe that would be bigoted? Close minded or ignorant?

Perhaps we should start segregating all different groups of people…perhaps by color? Again, wait. Been there, done that, didn’t work and we don’t even want it to.

The progressives are so delusional they can’t even see their own ironic hypocrisy.