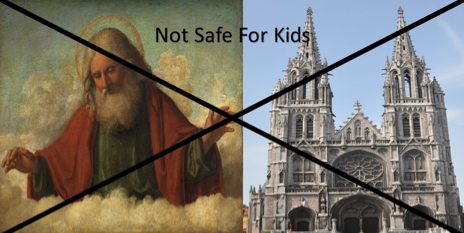 BRUSSELS, Belgium:  About a month ago Phil Zuckerman from the LA Times decided to write an article discussing the findings from a Pew Research study done in 2012. Then two weeks later, another writer picked up Zuckerman’s post and added her own twist. “Raising children without religion may be a better alternative, suggests new research” was the title of her article. According to the Pew Study in question, those in America who identified as not religiously affiliated have grown from about 4% in 1950 to double digits in 2012, coming in just under 20 percent. The study also showed that for Americans between the ages of 18 and 29 that non-affiliation jumps to 30%.

Zuckerman then goes on in his article to string together several other studies that make claims such as, “Many nonreligious parents were more coherent and passionate about their ethical principles than some of the ‘religious’ parents in our study.” Now, having completed my doctoral studies just this past year, two words struck me as out of place in a claim of scientific evidence. The words, “many” and “some” stand out as red flags to anyone who has conducted or read research.

While writing my dissertation I was repeatedly told that the use of words like “many” and “some” were not scientific and should always be replaced with statistical terms such as “10%” or “less than 10%”. Why? The answer lies in bias found in research. For one researcher, finding that 10% of the population believes that pigs can fly will equal “many” while for another researcher, 5% of the population believing that pigs can fly would equal “many”. The difference could be significant. Researchers who elect to use such terms instead of the statistical evidence could be guilty of padding their research to fit their particular hypothesis.

OK, so let’s go back to this article about research showing children are better off without religion or God. Mr. Zuckerman goes on in his article to say, “My own ongoing research among secular Americans-as well as that of a handful of other social scientists who have only recently turned their gaze on secular culture-confirms that nonreligious family life is replete with its own sustaining moral values and enriching ethical precepts.”

Here is where I expected Mr. Zuckerman to hyperlink his or the other researchers findings. Surprisingly, no such link was found and Mr. Zuckerman gave no statistical evidence or explanation as to what kind of research he conducted, with who, where, or when. He merely summed up his findings in a nice bias laden evidence lacking paragraph.

Mr. Zuckerman continued with his article on religious “nones” as he called them, by suggesting that not only do they have no need of God but these “nones” are morally superior to religious God Fearing people. He justified this statement with the following evidence. “Many psychological studies show that secular grownups tend to be less vengeful, less nationalistic, less militaristic, less authoritarian, and more tolerant, on average, than religious adults.” So, would that be two psychological studies compared to 5 psychological studies? Perhaps his many refers to 2 or 3 studies out of 200? Since we cannot know what “many” means here, we cannot conclude that this statement is valid. Anything not valid in research is automatically invalid until proven otherwise.

Zuckerman does offer proof that he should be respected for his opinion. “Being a secular parent and something of an expert on secular culture, I know well the angst many secular Americans experience.” OK, guess readers must take him at his word about being an expert, just as we took Brian Williams at his word about his time in New Orleans, or his time with Seal Team Six. Sounds legit.

I’ve saved the best quote from Mr. Zuckerman for the end. “For secular people, morality is predicated on one simple principle: empathetic reciprocity, widely known as the Golden Rule.” Yes, Mr. Zuckerman, or as we Christians like to quote from Matthew 7:12, “So in everything, do to others what you would have them do to you, for this sums up the Law and the Prophets.” Or Luke 6:31, “Do to others as you would have them do to you.” From all those who believe, and especially from God Himself…you are welcome Mr. Zuckerman. Welcome to cite His Word often because in Isaiah 55:11 the Lord says, “So shall My word be that goes forth from My mouth; It shall not return to Me void, but it shall accomplish what I please, and it shall prosper in the thing for which I sent it.”

Need Ideas for Workouts? Here Are Some of the Best!