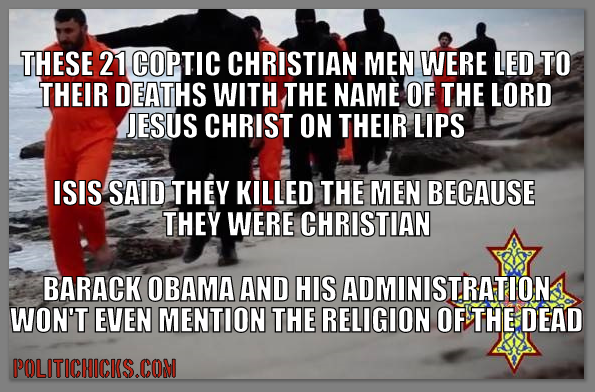 The Egyptian military leveled jihadi strongholds in Libya Monday in retaliation for the decapitation of 21 Egyptian hostages.

Egypt has emerged in recent days a place of strategic import.

Vladimir Putin met with Egyptian president Abdel Fattah al-Sisi February 9 to lend his assistance, both financial and lethal, in Egypt’s fight against ISIS.

Russian intelligence, in cooperation with the Egyptian government, leaked a security report to Asharq Al-Awsat which revealed two phone intercepts between Muslim Brotherhood leaders and the senior leader of al-Qaeda, Ayman al-Zawahiri.

In it the Muslim Brotherhood appealed to Zawahiri for 3,000 Islamic ‘volunteers’ to fight the al-Sisi regime in the Sinai Peninsula. “America, Israel, and the Egyptian regime are allied, and an attack on one of them is an attack on the rest,” Zawahiri said.

Egypt has found itself set adrift by Barrack Obama in 2013 after Egypt ousted the preferential Muslim Brotherhood from power.

In 2014 Obama reluctantly released a portion of the $1.5 billion in annual aid earmarked for Egypt as he seemed finished vacillating over what constituted a coup and what did not.

Meanwhile, President Putin’s visit comes at a time when Egypt has been left to fend for itself against neighboring states whose earmarked democratic aid coincidentally fell into the hands of jihadists.

Ever adept at emblematic optics, Vladimir Putin sent a message to the Egyptian government as well as the White House when he presented President al-Sisi with a Russian Kalashnikov AK-47; solidifying the renewed Russian-Egyptian alliance.

President Obama responded in kind by making an empty threat to send aid to Russian-occupied Ukraine.

Did President Obama think that agitating Arab Spring nations sympathetic to Russian oil interests would not be met with retaliation? Hell hath no fury like a former KGB agent separated from his oil pipeline. Nor has hellfire become more fierce now that the Muslim Brotherhood has been jilted out of a regional caliphate.

So it is on: between the jihadists, Russia and Russian-supported nation-states. Obama seems disinterested.

Obama’s interests in the region seem to have waned now that ISIS has penetrated a considerable portion of the Arab Spring states. He shows little interest in the region where beheadings are commonplace, U.S. embassies host jihadi pool parties and child abductions are unworthy of a read of his daily briefing.

Obama acts as a man who is cutting his losses rather than a leader fighting a formidable enemy. Obama’s focus seems to have shifted stateside in his crusade to neutralize the internet and erase the U.S.-Mexico border.

Now that the Maghreb proxy wars have resumed after a four-year hiatus, it is Vladimir Putin who emerges as the iron fist bent on restoring order to the ash heap left behind by the ‘democratization’ of the Arab world.

Vladimir Putin is not about to let rebel jihadis, ISIS or otherwise, lay claim upon his Arab Gas Pipeline or his GAZPROM subsidiaries.

It would not be surprising in the least to find Russian-backed proxies pop up along the Arish–Aqaba, the Aqaba–El Rehab or the Homs-Tripoli sections of the once Russian-controlled pipelines.

While the ‘democratic wave’ passed leaving many Western proxies deposed, dead or left for dead. (Qaddafi is dead. Mubarrak’s death cannot be confirmed or denied. Karzai is simply ignored.) It is Russian proxy Bashar Assad who remains.

The leader of Syria and the new Egyptian president stand as bulwarks in a region shaken by the exacting of social justice. Vladimir Putin is responsible for this power shift. And it is Putin who stands to gain a lot of rubles for the rubble. For Obama, the shift has finally hit the sand.

Terrorist Suspect Back in Belgium

Doubling Down on the Deniability