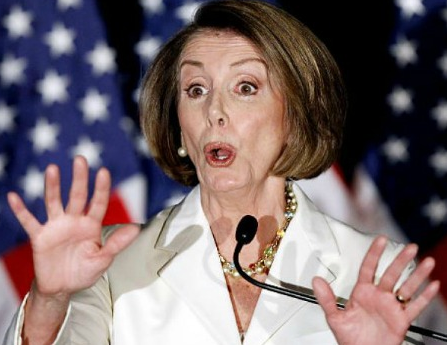 “The Department of Justice, legal and immigration experts, and history support the president’s executive actions – and the U.S. District Court decision erroneously blocks the president from taking steps to fix our broken immigration system in a manner that is consistent with previous presidents, strengthens our economy, keeps communities safe, and honors our values…”

Her first sentence makes it sound as if all legal and immigration experts support an illegal action by Obama to once again dictate by his pen to allow millions of people who broke our immigration laws be awarded not only by allowing them to stay in the US, but to work, be given social welfare and potential voting rights. Obviously the judge in Texas saw things differently, by enforcing the law instead of rewriting it. She also mentions history as if that is an indication which grants Obama the right to flout the rule of law just because every other politician over the past 40 years have done similar by ignoring promises made over a generation ago to fix the border situation and keep more illegals from pouring into our country unchecked.

Pelosi then brings up the same talking point of all amnesty proponents by calling our immigration system broken, again by pointing out that presidents and politicians during the past have ignored our immigration laws. If our immigration system were broken, millions of immigrants such as myself would not be citizens today. Is the system perfect, no it is not, but it’s far from broken. In fact, that legal immigrants have to comply with so many rules, fees and time spent working towards becoming legal means that those of us who go through it love this country enough to work hard to come. If something is worth having, it is worth working for.

How compassionate of our politicians who claim to be representatives of the middle class and use the poor during every election cycle to keep employment wages down and American citizens under or unemployed by allowing people who are here illegally to work in jobs that we would do. The fact is, many Americans used to do jobs which illegals have taken over and lower wages have been driven by businesses who ‘hire’ illegal day laborers who will work for less because it’s still more than what they earned in their home countries.

Keeping communities safe? Maybe it is in Nancy’s fancy Napa Valley vineyard estate. I doubt very much that Napa is overrun with MS-13 gang members, rapists, drug and human traffickers, but from thousands of Americans who have lost family members to drunken drivers, gang violence, had their daughters raped or molested would have a few choice words for Ms. Pelosi as far as keeping our neighborhoods safe.

According to the United States Government Accountability Office, the criminal alien population in federal prisons was around 27 percent of the total inmate population, and from fiscal years 2006 through 2010 remained consistently around 25 percent. This doesn’t account for the fact that in 2013 ICE freed 36,007 convicted criminal aliens from detention who were awaiting the outcome of deportation proceedings. These dreamers included illegals convicted of homicide, sexual assault, kidnapping, and aggravated assault. The list of crimes also includes more than 16,000 drunk or drugged driving convictions. This is not to mention that many of these were repeat offenders. I don’t suppose Nancy Pelosi bothered to note the 68,000 previous releases which were cases of alien criminals encountered by ICE officers, usually in jails, but who were let go in lieu of processing them for immigration removal charges in that year.

I will never understand how politicians who swear an oath to uphold the nation’s law believe that people who break the laws to come here somehow honor our values? Especially when they refuse to integrate, learn English or obey our laws.

How is it even teaching these people to honor our values, our national institutions, our Constitution, our History when they don’t even know or care about any of it?

Those who come to the US legally for citizenship learn about the system of US government, the Founding fathers, our laws, and our freedoms secured in the Bill of Rights. We understand the oath which we swear to when becoming citizens of this country, which is sworn in English. This is the same ceremony in which we sit through a taped message from Obama congratulating us on our obeying the laws of our new country. It amazes me in the hypocrisy of praising us with empty words while praising the “accomplishments” of illegals who have broken the laws. Filling out paperwork for immigration requires sworn testimony that all information given is true under threat of punishment of prison and fines. So called dreamers are given a pass and let go into our communities instead of being processed for deportation, and never have to worry about paying a penalty for breaking the laws.

The U.S. District Court Judge for the Southern District of Texas decided to put an injunction on Obama’s action, saying it appears to violate federal law dealing with how regulations can be imposed. The injunction will allow the court to hear the lawsuit brought against the Obama administration by the state of Texas and 25 other states.

For Nancy Pelosi and other pro amnesty proponents to call this ruling “sad for our impacted dreamers and their families” is ridiculous when considering the nightmare realities that will happen should our government continue to allow illegals, criminals and potential terrorists to pour over our southern border and grant the same privileges to those who break the law to come here as legal American citizens have worked hard to achieve.

It’s about time someone spoke up and out loud for American citizens, because our politicians aren’t listening and in the process of pandering for future votes they are throwing away our national security and sovereignty as well as destroying what’s left of our Constitutional Republic.

Doubling Down on the Deniability