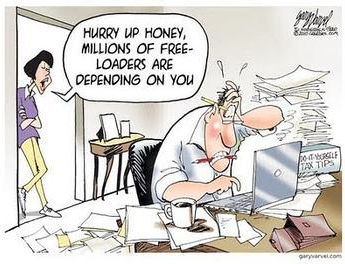 Under Obama’s amnesty plans, illegal aliens are now able to file back taxes. The problem? According to The Washington Times, those who were in America illegally, and worked, can now file taxes and qualify for the Earned Income Tax Credit (EITC) for the years they worked illegally.

Can someone please explain to me why this is even up for discussion? I thought a bunch of us in Murrieta made it clear we don’t want illegal aliens here.  We’re rewarding people who come to this country illegally by granting them amnesty then we reward them again by PAYING them!

I know I can’t be the only one who finds giving tax credits to illegals to be absurd.

Mr. President, the American people don’t want this amnesty and we sure as heck don’t want to give our tax dollars to the people who work under the table, lower our wages and take jobs from legal Americans.

Despite ISIS Ramping Up Brutality, Obama Labels Them an "Organization"

Brian Williams Is A Disgrace to Journalism.