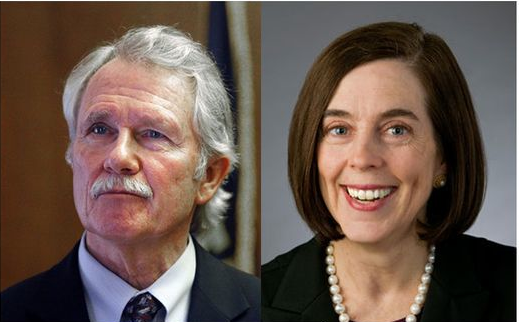 If you follow me you know my dislike of the Oregon governor’s policies. And if you watch any sort of news at all, you now know that Oregon governor, John Kitzhaber, MD, has now resigned effective Wednesday, February 18th, 2015.

Kitzhaber’s resignation comes amidst almost uncountable ethics violations and a storm of new awareness about just what the governor was doing with our hard earned tax dollars. His girlfriend made many hundreds of thousands of dollars on government contracts and he made many bad policy decisions in order to keep that going.

Some things that Oregonians have learned at the unfolding of the unprecedented event in Oregon’s history is that our legislature doesn’t have the option to impeach. It also highlights our fondness of centralized power. For example, we don’t even have a lieutenant governor!

I’m sure even more news will be coming to light as this last week he tried to dump thousands of emails both from his governor’s office email and his personal account.

I’ve been trying to wrap my brain around this as it has been unraveling and there are a few things that stand out for me.

First is the fact that my colleague and I did just a few months of research on Kitzhaber’s education policies (remember he is also state superintendent, appointed the state board of education and is in control of all education policy for Oregon) and we easily came to the conclusion that he was doing dirty things. Legal in Oregon? Probably. Ethical? Not a chance. We were stay at home moms…and we were able to uncover this. It wasn’t even hidden, because as with most narcissistic behavior, as shown by Kitzhaber, he felt completely safe and comfortable in what he was doing.

Therefore, I don’t believe there is a snowball’s chance in hades that other people in Oregon’s government didn’t know that this was going on. Unless they are that stupid. Part of me thinks that there is a teeny chance that they are, but the logical part of me says they knew. In which case I’d like to see them take the perp walk also.

I would love it if all of his policies were now investigated and froze until they could be vetted for ethics and other possible violations, however I know that is a pipe dream. I’m still a little shocked that he has gone down. After being elected for his 4th term as Oregon governor even among rumors of his shady dealings, I thought he could be the most protected man in politics, ever.

In his announcement to resign he made reference to the fact that he is the victim of a witch hunt perpetuated by the media. For once the media was doing their job here in Oregon. Imagine that! The media is supposed to be the 4th branch of government; a silent branch that investigates and holds the other 3 branches accountable.

For once, they’ve done their job. Yet still we have people in Oregon crying foul. According to them Kitzhaber was the best governor Oregon has ever had. I invite these people to find a communist nation and go live there. Because that is what Oregon was becoming under the Kitzhaber administration’s many, many terms.

Now we have a new governor coming in. Secretary of State Kate Brown, a George Soros darling. Things may just go from bad to worse.

How to Stay Fit & Healthy While Traveling