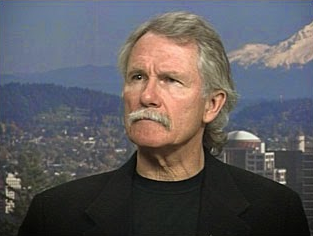 Governor John Kitzhaber. MD; we cannot forget he is an MD, therefore, knower of all things political and savior of all things governmentally run. And his awesome First Lady is basically Oregon’s “first live in girlfriend” and one wonders how many hundreds of thousands of dollars she has made off of government contracts.

The governor has taken complete control over education, from appointing himself the State Superintendent to creating the Oregon Education Investment Board, a board that is made up of mostly corporations which call the shots for the direction of education in Oregon.

I definitely love all of the education bills and begging for more money for said education bills that are coming up in our legislative term this year. Most of these were requested by the governor.

In fact, my favorite bill might be the one that was brought to my attention by one of our tireless capital watchers. This bill sunsets that Oregon Education Investment Board. The short and most understandable explanation of the duties of the OEIB are that it was supposed to instigate and direct programs for education and in 2016 those programs would be doled out to the specific agencies to control them, thereby dissolving the OEIB.

The OEIB was created using $3 million dollars taken out of classroom funding. SB215 will make sure that the OEIB does not sunset, but continues. Of course this means that money continues to come out of the classroom to support it. Although for some reason they get away with saying that it’s going to cause no fiscal impact. Maybe it won’t come out of our wallets, but it comes out of our kids’ futures for sure.

Section 14 of HB215 basically stipulates that while the governor is Superintendent and will appoint a Deputy Superintendent (currently Rob Saxton of pre-natal to career data mining infamy) and the Deputy serves under the control of the Chief Education Officer. The CEO is appointed by the OEIB and doesn’t require confirmation from the legislature and isn’t accountable to them or the people of Oregon. Oregon parents have no voice in their children’s education. The State School Board is cherry picked by the governor and they do what he says. The entire Department of Education at state level is controlled by the governor, who, although he has the OEIB to pick the Chief Education Officer and the CEO in turn picks a Deputy, is for all intents and purposes the King and Ruler over all Education in Oregon. Local school boards have to dance to the tune that the court minstrel is playing. The minstrel is only playing what the King wants to hear.

Since the voters of the 2 largest counties in Oregon saw fit to award the governor with another 4 year term, a lot of us are going to be very tired of the tune he will be playing. Can’t someone please change the station?