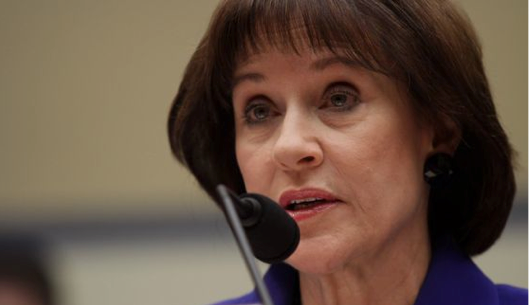 “Not even a smidgeon of corruption,” President Obama promised when asked about the scandal where the IRS improperly targeted certain groups of Americans such as Conservative and Tea Party groups (who just happens to be the president’s greatest opposition, by the way)

Initially, the IRS agreed to turn over former IRS official, Lois Lerner’s emails for full investigation. While they did turn over some of them, they claimed the rest were lost and that there were no backups. How convenient for them.

The IRS then claimed that the hard drives were destroyed and they hadn’t followed proper back-up procedures. Well, isn’t that special?

Lastly, we learned that no one ever bothered to look for them in the first place! Mind you, these are the same people who NOW play a significant role in your healthcare. Just sayin…

While the president claims there was “not even a smidgeon of corruption” in this very matter, the IRS’s own inspector general may actually prove otherwise. According to the Washington Times:

“The IRS’s inspector general confirmed Thursday it is conducting a criminal investigation into how Lois G. Lerner’s emails disappeared, saying it took only two weeks for investigators to find hundreds of tapes the agency’s chief had told Congress were irretrievably destroyed.

Investigators have already scoured 744 backup tapes and gleaned 32,774 unique emails, but just two weeks ago they found an additional 424 tapes that could contain even more Lerner emails, Deputy Inspector General Timothy P. Camus told the House Oversight Committee in a rare late-night hearing meant to look into the status of the investigation.

“Not a smidgeon of corruption” though.