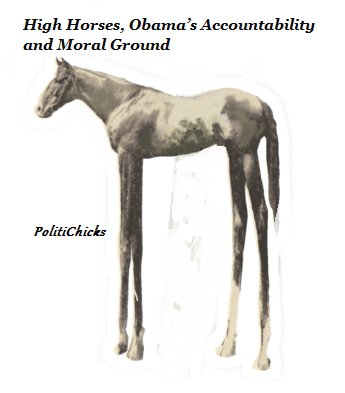 “…Lest we get on our high horse and think this is unique to some other place, remember that during the Crusades and the Inquisition, people committed terrible deeds in the name of Christ...” ~Barack Obama, Presidential Prayer Breakfast, February 5th, 2015

Obama was speaking about atrocities and evil perpetuated by the Islamic State, saying that they and other groups have “professed to stand up for Islam, but, in fact, are betraying it.”  He gives examples of Islamic violence, calls it sectarian or religious, yet he never calls it Islamic. He has no problem of calling past violence done in the name of Christ as a flawed and historically inaccurate example of atrocities done by Christians however. This is the same argument I hear from Atheists and Muslims, yet Obama is speaking as a self-proclaimed devout Christian.

Before the Crusades even began, Muslims were invading Christendom; raiding, murdering and driving out non-Muslims in conquering land for Allah. Does this not sound much the same as the followers of the same ideology we are facing around the world now?

In Islam, the world is divided into the Dar al-Islam (House of Islam) and Dar al-harb (House of War) Dar al-Islam includes lands in which a Muslim government rules and Sharia law is prevalent. Religious minorities if allowed to live there must submit to Islamic rule and pay a jizya (infidel tax). Dar al-harb is considered non-Muslim lands under a state of jihad, of holy war, imposed by the law. The law also provided that jihad may be interrupted by truces when appropriate including deception known as taqiyyah.

Muslims and Non-Muslims are divided theologically into two groups- the ummah which is the Muslim population and the kaffir who are unbelievers. In Islam, the kaffir is divided further. Politically dhimmis include those who have accepted the supremacy of the Muslim state and the primacy of the Muslims, and harbis, infidels, the residents of the Dar al-harb, the House of War, who remain outside the Islamic rule, and are in a perpetual state of war until the world is either converted or subjugated.

The evil being perpetuated now with groups like the Islamic State is jihad waged in order to build the caliphate just as Muslims were doing before when the Crusaders attempted to drive them back.

Since the Prayer Breakfast, there has been much made about Obama’s speech. At a press briefing on February 6th aboard Air Force One, Deputy Press Secretary Eric Shultz was asked about Obama’s statements and the criticism which had come since.

Shultz began, “I think that the President has spoken many times to his belief in American exceptionalism…”

Would that be when he called Bible believing Christians bitter clingers? Or perhaps when he gave a speech in Cairo back in 2009 when he called Americans mistrustful and afraid; implying bigotry for righteous anger after being attacked on September 11, 2001 by Islamic jihadists. Could Obama have been anymore clear about his love of America when he said America needed to be transformed? If something is exceptional, you don’t desire its transformation.

“And the President believes America is the greatest country on Earth not only because of our military might or economic prowess, or because we serve in a unique leadership role amongst the international community, but part and parcel to America’s standing in the world is our values, and those are values like equality, tolerance, fairness, civil rights, human rights, treating every human being with respect and decency — no matter their gender, their race, their faith, their sexual identity. Part and parcel to that and our values are holding ourselves up to our own values and our own standards…”

The Founders affirmed that all men are created equal and all have inalienable rights endowed by our Creator. They forged a nation and instituted a government bound by the law of our Constitution which also affirms our rights of freedom of religion, speech, peaceable assembly, listing our grievances and freedom of the press. America’s values and traditions have always been based on solid Judeo Christian principles of liberty and freedom and morals. Our military has always defended it for Americans and others around the world which makes them as exceptional as the Nation they serve.

What the progressive elite in our government, media and higher education don’t seem to realize, or worse, they do- yet they mock us for it, is that most average Americans do hold ourselves up to our own values and base our standards and values on One higher than ourselves. Many Americans realize we’re far from perfect, yet still strive daily to serve and live based on our Christian Biblical values and remain on moral ground. When those clash with government rules or people’s personal feelings, the God given inherent rights of freedom of religion and freedom of thought and conscience are mocked and put on trial. This is Obama’s America.

Really, the Obama administration is telling us that we need to be honest with ourselves and hold ourselves accountable? If I may point out just a few of many logs in the administration’s eyes:

Seizing emails and phone records of members of the press

Forcing Americans to go against their religious beliefs or be punished

Speaking at a Prayer Breakfast and basing arguments on a twisted moral equivalence comparing barbaric acts perpetrated worldwide by terrorists who all proclaim the same Islamic beliefs with acts done over 1000 years ago to somehow justify that “hey, others do it too.”

Those who have and still do violence in the name of Allah are following what Muhammad taught and did.

Those who have done violence in the name of Christ are not following what Jesus taught and did.

The leader of the United States refuses to call Islamic terrorism Islamic, and if our media and western politically correct progressives describe acts of Islamic terrorism at all, they call it “extremism.”   The fact that Obama calls out Christianity as proof of violence in other religions blows the whole argument that Islamic terrorism is not Islamic.

Worse is that Obama’s language and posture gives terrorists great propaganda tools for recruitment and a sense of justification to target our military and citizens around the world.

Obama needs to get off his high horse. This speech is just the latest in Obama’s Transformation of America by disrespecting America, and we find it repugnant because Obama would rather disrespect Christians who love Jesus while giving excuses for Islamic evil.

Virginia Family Farm Under Assault Under Guise of "Enforcement"