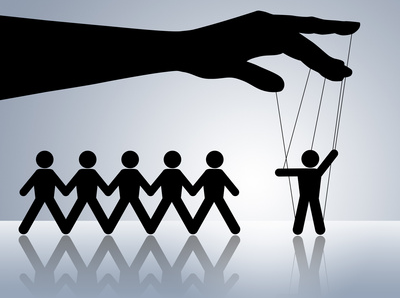 The Sacramento Bee just reported on a story that should make every parent cringe.

For those skeptics who just didn’t believe us when we said that schools were very much recording your child’s attitude, behaviors, and beliefs as much as anything else, well…here’s my “told ya so!”  I have written about attitudes, behaviors, and beliefs before and how some people in the education reform movement want to change them.

There are so many behavior modification programs in every public school these days that it’s hard to keep track sometimes.

How does one decide if the behavior mod is working? Why, we grade them on it! Of course, not every school is doing this yet. Most of the time the teacher’s perceptions are recorded or the child is “scored” by earning points and that will then go into a system (like Teaching Strategies Gold) and it spits out information on your child.

As the Sacramento Bee reports, though, “…when it comes to attributes such as grit or being sensitive to others, they give students one of four marks: A for almost always, O for often, S for sometimes and R for rarely.

It goes on to say,

“Sacramento City Unified’s new report cards incorporate the district’s social and emotional learning philosophy by measuring “behaviors that support learning,” such as whether a student “makes respectful choices and considers the well-being of others,” using a scale that runs from “outstanding” to “needs improvement.”

The goal here must obviously be to change a student’s score of R for rarely to A for almost always. Thus, changing the behavior. Behavior modification achieving what it is created to achieve. I call it brainwashing.

In case you don’t see what is terrifying about this let me just point out that these areas of personality are not able to be measured objectively. There is no objective standard for this.

Grit and tenacity were in the title of a scary government document talking about measuring these traits. Many people in the Department of Education laughed and said this was just a “what if” type document. It had nothing to do with the Common Core or anything related to education reform, according to them.

Yet here we are. Many districts are in the process of changing their report card system and adding new areas to be graded. Some parents are blinded into thinking they now see more clearly how their child is developing. Because their report card shows they have great tenacity or perseverance they think it must be so.

Again, I must point out, this is not objective! It is all subjective. It is all up to what the teacher sees in a student; as in, is the student conforming to this particular teacher’s vision of what he or she wants her students to emulate.

This is not only frightening, it’s stupid and it’s a huge waste of time and therefore tax dollars.