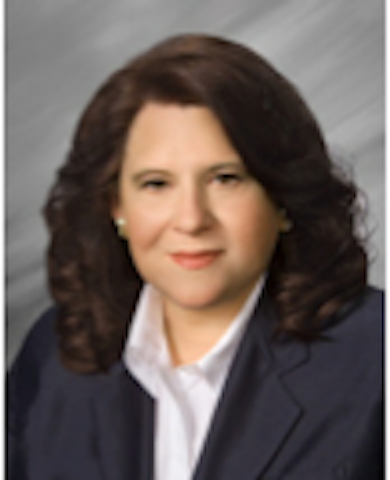 It has always amazed me that, throughout the long and checkered history of humanity’s experiment with the institution of government; politics have traditionally been a man’s game. Even old Athens, credited and lauded as the ancient birthplace of democracy, egregiously marginalized women, extending the cherished rights to vote and otherwise publicly participate only to its male citizens. As we have mercifully begun to enter into more tolerant and enlightened times, the long-standing male preoccupation with excluding females from social administration has only become more difficult to comprehend. Reading over the annals of history, I have never understood it in any period. For it is no exaggeration to state that where women have been allowed to play a part in government – and, in many cases, even despite being actively blocked from doing so – they have thrived, as have their societies.

It is no different today, in the modern United States of America, and it is here that there can be no better example of the capabilities of women as public servants. It is time to change the culture, wade into the mainstream and articulate why gender equity is a winner for everyone.

My name is Katherine Daigle, and I like to humbly think of myself as a self-made American success story. From decidedly humble beginnings, after years of hard work and schooling I now hold an MBA, allowing me to achieve success in my professional career, which has spanned the fields of law, finance, and executive business management. My family, who are my pride and joy and to me my single greatest accomplishment, embody the spirit of self-determination I so cherish; my husband is an equal partner who encourages my accomplishments, while our grown daughter is a bio-scientist and will be furthering her education in medicine.

I strive to bring this dauntless tenacity to my work in public service. An active and involved resident of Irvine, California, I have participated in a wide variety of volunteer work for the benefit of my community. I currently fill the role of a Director of the Woodbridge Village Association, serving some 30,000 residents, and was blessed to have been elected to that position in 2012. I am also serious about pursuing the position of Mayor of my hometown of Irvine.

Because I want you to understand who I am, I have to tell you that throughout my life, nothing was ever given to me for free or made easy for me. I had to earn my own way and pay my own dues, most especially in the exhausting task of being a single mother when my daughter was at the age of four. In my younger days, despite holding down a job to make ends meet while I finished school, my then-four-year-old daughter still required care. I must say, I really had to dig deep, but in the end I managed not only to look after my child, but to encourage and support her and her endeavors, as she began to practice figure skating. Frequently this meant rising in the abhorrently early morning to meet her extracurricular needs before I myself went to work for the day and her to school. I bring this up not to grumble, as I never objected about that – my little girl is worth it. But I need you to be aware that getting to where I am now was not easy for her or me those many years ago. Education is the cornerstone of every successful family

I credit that chapter in my life for my current dedication to hard work and the rewards that have graciously been bestowed upon me. This has taught me the value of self-determination, and an understanding of the potential within every American. Because I want you to hear me when I say that there is nothing inherently special about me, and I can promise you that I started from no position of privilege. It’s these convictions that have allowed me to grow into a person devoted to clearing the way for people to achieve their dreams, limiting the interference of government as much as possible as they strive to pursue happiness. I am a Republican woman, because I know what people can do. I support minimal taxation, the return of taxes paid in excess, and strict limits on the size and scope of government. I believe in free enterprise and the entrepreneurial spirit, unmolested by regulation. And when it comes to schooling, I regard education as the foundation of any successful person, because it’s such a huge reason that I have managed to be successful, and I strongly believe in providing for the learning of all children.

These principles, learned from the hard lessons of experience, form the basis of my journey, and they inform and inspire my involvement in politics over the course of my life. I’ve worked for what I have and I want to empower others to have the opportunity to do the same. I seek to motivate my fellow citizens to follow the same path of hard work and reliance on self that has brought me such bountiful blessings. I am a living example of what women can do when we work hard, and I want to help other women realize that they can do the same. There is no limit to the benefits society stands to reap when women unleash their potential in the realm of politics.

I understand the importance of the American can-do independent spirit which made this nation great; this is why I promote it as a core value and philosophy.

And it is precisely because women have so much to offer with their talent, ingenuity, and great leadership that this motivation becomes so important. This is the essential point missed over so much of human history, and which modern society is starting to realize. For to disenfranchise women, shutting them out of the political processes that govern their own lives and those of their families, is not only to do an injustice to them but to rob civilization itself of the brilliance of its own citizenry. One of my favorite quotes is attributed to Kerry Healey, the 70th Lieutenant Governor of Massachusetts. In it, Healey addresses the issue of women’s traditional disempowerment in politics and the importance of acknowledging them when she says, “The mounting issues facing our country are complex. If we’re going to solve these problems, we can no longer afford to leave the talent of half our nation out of the conversation.”

In the grand scheme of history, society is only beginning to understand the wisdom of these words. And after thousands of years of waiting, I must say: it’s about time.

What to Take Away from Gov. Walker’s CPAC Speech