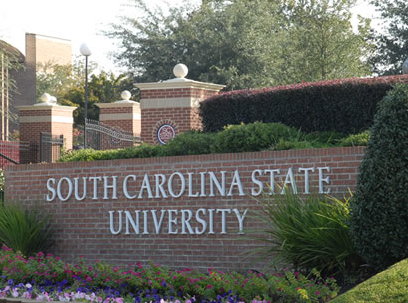 A South Carolina House panel reached a decision on the grave financial condition of one of South Carolina’s oldest black universities. The decision by the panel was that S.C. State University should close its doors this coming July and fire its trustees, administrators, faculty, and staff.

The university in Orangeburg, South Carolina has a $10 million deficit to several vending companies for food and maintenance. In addition, the university has seen enrollment drop by more than a third since 2007 and only a meager 14% of its students graduate within four years. These factors helped lay the ground work for the panel’s decision and for Governor Nikki Haley’s pledge to stop funding until the schools financial plan is in place.

The head of the panel, state Rep. Jim Merrill, said, “We are looking at a bankrupt institution. No one takes any pleasure in recommending this.”

However, the proposal faces an uphill battle in the Legislature. The measure would have to pass the full House and the state Senate where the school has several proponents. One of the schools leading advocates is none other than Senate President Pro Tempore Hugh Leatherman.

Not surprisingly, the current university president Thomas Elzey claims the plan is already hurting the school without even being implemented. Elzey claims the decision has made it difficult to raise funds or increase enrollment. He went on to tell The State, “It’s creating a problem for the university in the message that it sends.”

However, panel members argue that the university administration refuses to acknowledge the financial realities the school faces. Members noted their frustration when the school asked lawmakers for a $6 million loan to pay off the previous year’s $6 million debt. S.C. State administrators further claimed that they could not cut curriculum, faculty or athletics. Instead, school leaders suggested the lawmakers grant them an additional $50 million in new state funding.

Governor Nikki Haley spoke out on the situation facing lawmakers and university leaders. Haley stated, “We can’t just give money because they say they need it. We’ve got to protect the taxpayers and this is a time South Carolina State needs to step up.” It is doubtful that Haley will be criticized for her position by members of the South Carolina Legislative Black Caucus as even they have sought serious change. The SC Legislative Black Caucus called for the resignation of university president Thomas Elzey.

In response to the calls that he resign, Elzey claimed his resignation would do greater harm to the already unstable university. Elzey insisted that he will remain at the helm of the financially distraught university. SC State alumni have taken to social media to voice their frustration and have called on other alumni to help raise funds to save the school.

However, some S.C. State supporters suggested that Gov. Haley was the one responsible for the condition of the school. Statements such as the one from SC native T. Dukes, “The money SCSU has squandered pales in comparison to (the money) Governor Nikki has doled out for Corporate Welfare.” Another S.C. State supporter suggested, “Maybe ya just need a new governor? Those that try to solve a problem…Unless of course your primary motive is to eliminate the school so people stay dumb and poor.”

Exclusive Gowdy: "The Law is the Most Unifying, Equalizing Force in the World"