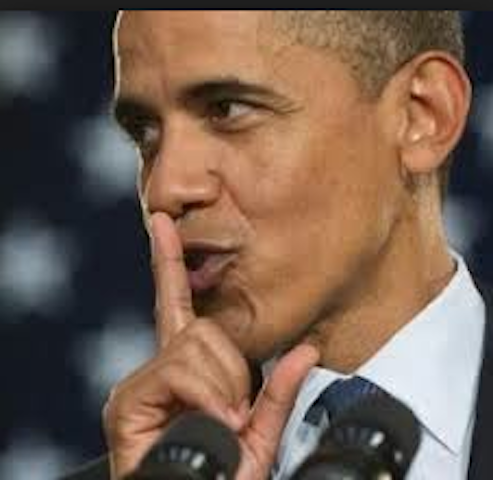 Did you hear the good news that ISIS and Islamic terrorism in general can be wiped out? Now before you war hawks out there get overly excited, these jihadists are not at war with us because they hate everything non Islamic, but because they need jobs.

According to Deputy Spokes gal from the Dept. of State, Marie Harf, the war can’t be won by killing ISIS, but it can be won by a jobs program. By the way, she admitted we’re at war? I thought the war was over? But I digress.

Harf uttered the ridiculous comments recently during an interview with Chris Matthews, in which she was immediately and properly criticized for the asinine things she said. Since then she has doubled down on her rhetoric. In an interview with CNN’s Wolf Blitzer, instead of admitting that what she said was utter foolishness, she blamed those of us who don’t understand her nuance. “It might be too nuanced an argument for some, like I’ve seen over the last 24 hours some of the commentary out there, but it’s really the smart way that Democrats, Republicans, our partners in the Arab world think we need to combat it.”

Here’s an idea. Could it be that maybe it’s the Islamic ideology which needs to be combatted?

I can guarantee you Ms. Harf, that it isn’t lack of employment or poverty which prompts Islamic jihadists to behead children when they refuse to denounce their belief in Jesus Christ.

Millions of Americans have been out of work for the past 5 or so years, but are we all acting like barbarians? Now I realize many conservatives, Christians and veterans have been compared to the Taliban and classified as potential terrorists by the Obama Administration, but was it a lack of a job which drove Army psychiatrist Nidal Hassan to massacre soldiers and civilians in the name of Allah at Ft. Hood? No.

The waters lapping the beach of Libya weren’t stained red with the blood of Egyptian Christians because of unemployment. Thousands of American troops did not die during the past 13 years of war because those Islamic terrorists who flew planes into American buildings thereby murdering nearly 3000 innocent men, women and children were seeking jobs.

We could go on and on about this, but Harf and others are really only regurgitating what the Obama regime keeps trying to portray, that somehow ISIS and other Islamic terrorists have legitimate grievances.

In an op-ed written by Obama appearing in the LA Times, he doubled down on justifying Islamic terrorism with another case of moral equivalency by saying, “That pluralism has at times been threatened by hateful ideologies and individuals from various religions.”

By the way, this is the same speech in which Obama also doubled down on the whole Al Qaida is decimated and on the run idea. “We’ve decimated the core al Qaeda leadership, strengthened homeland security and worked to prevent another large-scale attack like 9/11.”

While Osama Bin Laden was taken out by Navy SEAL Team 6 and many other leaders within the organization have been eliminated over the years, there has been no real sufficient drop in membership, and they’re still active.

Speaking of Bin Laden, it was estimated that he was worth anywhere from $30 million to $300 million. It doesn’t seem likely that he needed a job.

It’s interesting how Osama Bin Laden became “radicalized” by the Muslim Brotherhood, and that while during the Clinton Administration, their intent was never to capture him, but to keep him on the run. That worked out well didn’t it.

Seems like the more things change, the more things stay the same. Obama loves to claim that Islamic terrorists are on the run, while entertaining the Muslim Brotherhood in the White House and giving them sensitive Government Security positions such as in the FBI, CIA and DHS.

The Obama administration scrambles in every way possible to separate the terrorists from Islam while putting out the welcome mat for terrorist organizations like the Muslim Brotherhood and trying to prop them up in leadership positions in the Middle East. The fact remains that the terrorist attacks which have shaken the globe for the past few decades all come from the same ideological source-Islam and much of it through groups like Al Qaida, ISIS and others stem from the Muslim Brotherhood.

The victims are not all Christian, yet all share the same banner, that of infidel, which in Islam must be subdued and brought under Islamic rule or killed in the name of Allah.

Obama and others will continue to deny the Islamicism of Islamic terrorists and compare religious groups such as the Christian Crusaders of ages ago. They can ignore Islamic hate by omitting the fact that victims in a Kosher deli in France were Jewish or that 21 men beheaded in Libya were Christian, but it won’t stop the war Islamic jihadists have been waging since the days of their prophet. Neither will hosting a global job fair.

Only when our leaders stop doubling down on deniability will the war be brought under control.  But in addition, they must admit that Islam is waging a holy war; control the vitriol and hate being taught in mosques in the west; deport suspected terror supporters, including many Islamic organizations; outlaw Sharia or no Infidel zones, and crush groups like the Islamic State with all our forces.

In Pelosi's World, Upholding the Rule of Law Is "Sad Thing For Dreamers"