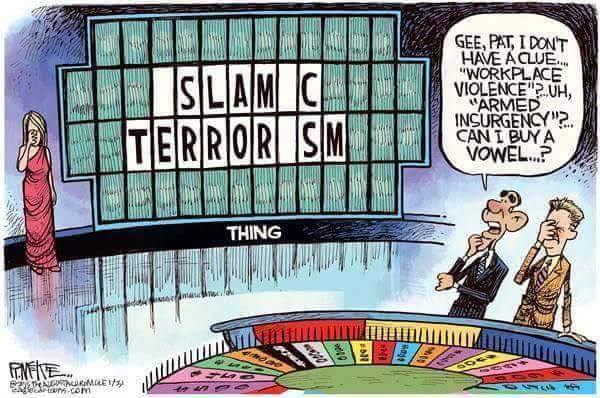 On February 3, the graphic and tragic images of Jordanian pilot Lt. Muath al-Kaseasbeh being burned alive by ISIS terrorists filled the internet, social media, and cable news. There was no doubt in the minds of Americans that this latest massacre was at the hands of a group that uses their radical ideology to justify such barbaric acts.

The Obama administration continues to take a back seat approach to whether or not U.S. forces will assist in taking out the threat of ISIS outside of targeted drone attacks. Instead, the Obama administration spends the majority of its time expressing that ISIS is not an Islamic extremist group and their behavior does not represent a religion. In a press conference held the day of the pilot’s death being televised, President Obama, with Jordanian King Abdullah seated next to him, called ISIS an “organization,” doubling down on their insistence of not calling the group Islamic extremists or Islamic terrorist.

The question asked by respected Generals of our military rings clear:  “How can we defeat Islamic terrorism if our own President is not willing to label them as such?” President Obama’s “red line” against Syria has been about as successful as President Bush’s “Mission Accomplished” moment. So what happened to the “anything we could be doing, we are doing” statement Obama made during an interview with NBC during the Super Bowl Sunday coverage?  At least Bush had the wherewithal to listen to his military Generals when it came to how and when America got involved in a conflict. Obama has expressed over and over again that labeling ISIS as nothing more than a “JV Team” is not a threat to the United States.

When you take a step back and look at the Middle East during the Obama presidency, Iran is closer to obtaining a nuclear weapon; Iraq and Syria have been taken over by Islamic extremists; Egypt has seen a massive exodus of Christians, and Israel has faced countless attacks by Hamas-backed radicals.

As a nation, we watched as this administration decided to not send a top cabinet position representative to Paris to represent our country in a world solidarity movement where other world leaders showed up. Instead, days later John Kerry sent James Taylor to sing, “You’ve Got a Friend.” When asked what strategy he has to defeat ISIS, Obama touted he was “redoubling efforts” as the United Air Emirates announced they would no longer be a part of the coalition effort to maintain airstrikes against ISIS in Syria.

While Jordan vows to improve their involvement in the coalition, they will need assistance from the United States with weapons, supplies, and funding. Let’s hope Obama does more than send an old pop singer into the mix…

Which Part of “No Tax Credits to Illegals” Do You Not Understand?