The debate over Islamic terrorism has shifted so far from reality that it has now become an argument between the administration, which insists that there is nothing Islamic about ISIS, and critics who contend that a minority of Islamic extremists are the ones causing all the problems. 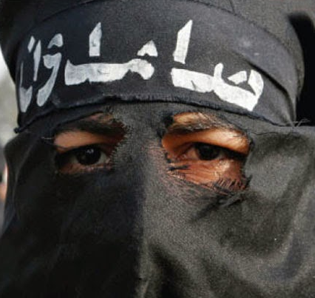 But what makes an Islamic radical, extremist? Where is the line between ordinary Muslim practice and its extremist dark side? It can’t be beheading people in public.

Saudi Arabia just did that and was praised for its progressiveness by the UN Secretary General, had flags flown at half-staff in the honor of its deceased tyrant in the UK and that same tyrant was honored by Obama, in preference to such minor events as the Paris Unity March and the Auschwitz commemoration.

It can’t be terrorism either. Not when the US funds the PLO and three successive administrations invested massive amounts of political capital into turning the terrorist group into a state. While the US and the EU fund the Palestinian Authority’s homicidal kleptocracy; its media urges stabbing Jews.

Clearly that’s not Islamic extremism either. At least it’s not too extreme for Obama.

And there are few Islamic terrorist groups that don’t have friends in high places in the Muslim world.

If blowing up civilians in Allah’s name isn’t extreme, what do our radicals have to do to get really radical?

Sex slavery? The Saudis only abolished it in 1962; officially. Unofficially it continues. Every few years a Saudi bigwig gets busted for it abroad. The third in line for the Saudi throne was the son of a “slave girl”.

Ethnic cleansing? Genocide? The “moderate” Islamists we backed in Syria, Libya and Egypt have been busy doing it with the weapons and support that we gave them. So that can’t be extreme either.

If terrorism, ethnic cleansing, sex slavery and beheading are just the behavior of moderate Muslims, what does a Jihadist have to do to be officially extreme? What is it that makes ISIS extreme?

From a Muslim perspective, ISIS is radical because it declared a Caliphate and is casual about declaring other Muslims infidels. That’s a serious issue for Muslims and when we distinguish between radicals and moderates based not on their treatment of people, but their treatment of Muslims, we define radicalism from the perspective of Islamic supremacism, rather than our own American values.

The position that the Muslim Brotherhood is moderate and Al Qaeda is extreme because the Brotherhood kills Christians and Jews while Al Qaeda kills Muslims is Islamic Supremacism. The idea of the moderate Muslim places the lives of Muslims over those of every other human being on earth.

Our Countering Violent Extremism program emphasizes the centrality of Islamic legal authority as the best means of fighting Islamic terrorists. Our ideological warfare slams terrorists for not accepting the proper Islamic chain of command. Our solution to Islamic terrorism is a call for Sharia submission.

That’s not an American position. It’s an Islamic position and it puts us in the strange position of arguing Islamic legalism with Islamic terrorists. Our politicians, generals and cops insist that the Islamic terrorists we’re dealing with know nothing about Islam because that is what their Saudi liaisons told them to say.

It’s as if we were fighting Marxist terrorist groups by reproving them for not accepting the authority of the USSR or the Fourth International. It’s not only stupid of us to nitpick another ideology’s fine points, especially when our leaders don’t know what they’re talking about, but our path to victory involves uniting our enemies behind one central theocracy. That’s even worse than arming and training them, which we’re also doing (but only for the moderate genocidal terrorists, not the extremists). 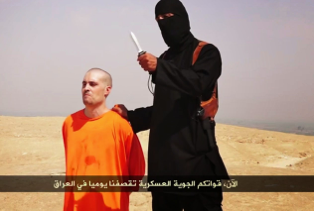 Our government’s definition of moderate often hinges on a willingness to negotiate regardless of the results. The moderate Taliban were the ones willing to talk us. They just weren’t willing to make a deal. Iran’s new government is moderate because it engages in aimless negotiations while pushing its nuclear program forward and issuing violent threats, instead of just pushing and threatening without the negotiations. Nothing has come of the negotiations, but the very willingness to negotiate is moderate.

The Saudis would talk to us all day long while they continued sponsoring terrorists and setting up terror mosques in the West. That made them moderates. Qatar keeps talking to us while arming terrorists and propping up the Muslim Brotherhood. So they too are moderate. The Muslim Brotherhood talked to us even while its thugs burned churches, tortured protesters and worked with terrorist groups in the Sinai.

A radical terrorist will kill you. A moderate terrorist will talk to you and then kill someone else. And you’ll ignore it because the conversation is a sign that they’re willing to pretend to be reasonable.

That’s more than Secretary of State Kerry is willing to be.

Kerry views accusations of extremism as already too extreme. ISIS, he insists, are nihilists and anarchists.

Nihilism is the exact opposite of the highly structured Islamic system of the Caliphate. It might be a more accurate description of Kerry. But as irrational as Kerry’s claims might be, they have a source. The Saudis and the Muslim Brotherhood successfully sold the Western security establishment on the idea that the only way to defeat Islamic terrorism was by denying any Islamic links to its actions.

This was like an arsonist convincing the fire department that the best way to fight fires was to pretend that they happened randomly on their own.

Victory through denial demands that we pretend that Islamic terrorism has nothing to do with Islam. It’s a wholly irrational position, but the alternative of a tiny minority of extremists is nearly as irrational.

If ISIS is extreme and Islam is moderate, what did ISIS do that Mohammed did not?

The answers usually have a whole lot to do with the internal structures of Islam and very little to do with such pragmatic things as not raping women or not killing non-Muslims.

Early on we decided to take sides between Islamic dictators and Islamic terrorists, deeming the former moderate and the latter extremists. But the dictators were backing their own terrorists. And when it came to human rights, there wasn’t all that much of a difference between the two.

It made sense for us to put down Islamic terrorists because they often represented a more direct threat, but allowing the Islamic dictators to convince us that they and the terrorists followed two different brands of Islam and that the only solution to Islamic terrorism lay in their theocracy was foolish of us.

The Islamic terrorist group is more mobile, more agile and more willing to take risks. It plays the short game and so its violent actions are more apparent in the short term. The Islamic dictatorship takes the longer view and its long game, such as immigration, is harder to spot, but much more destructive. 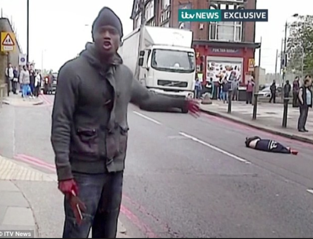 ISIS and the Saudis differ in their tactics, but there was very little in the way of differences when it came to how they saw us and non-Muslims in general. The Soviet Union was not moderate because it chose to defer a nuclear confrontation and because it was forced to come to the negotiating table. It was still playing a long game that it never got a chance to finish. The Saudis are not moderate. They are playing the long game. We can’t win the War on Terror through their theocracy. That way lies a real Caliphate.

Our enemy is not radicalism, but a hostile civilization bearing grudges and ambitions.

We aren’t fighting nihilists or radicals. We are at war with the inheritors of an old empire seeking to reestablish its supremacy not only in the hinterlands of the east, but in the megalopolises of the west.