“We can not win this war by killing them,” Marie Harf said on MSNBC. 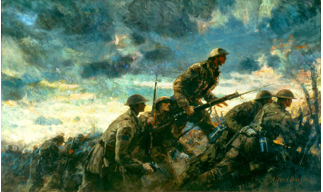 Reversing thousands of years of battlefield experience in which wars were won by “killing them”, the State Department spokeswoman argued that you can’t defeat ISIS by killing its fighters.

“We can not kill our way out of this war,” she said. “We need in the medium and longer term to go after the root causes that lead people to join these groups, whether it is lack of opportunity for jobs.”

Harf’s argument is a familiar one. There was a time when progressive reformers had convinced politicians that we couldn’t arrest, shoot, imprison or execute our way out of crime.

We couldn’t stop crime by fighting crime. Instead the root causes of crime had to be addressed. The police became social workers and criminals overran entire cities. The public demanded action and a new wave of mayors got tough on crime. While the sociologists, social workers, activists and bleeding hearts wailed that it wouldn’t work, surprisingly locking up criminals did stop them from committing crimes.

It was a revelation almost as surprising as realizing that it does take a good guy with a gun to stop a bad guy with a gun. Addressing root causes won’t stop a killing spree in progress. (That’s another one of those things we can and do kill our way out of.)

But bad ideas are harder to kill than bad people. And stupid ideas are the hardest ideas of all to kill.

The same plan that failed to stop street gangs and drug dealers has been deployed to defeat ISIS. Heading it up are progressives who don’t believe that killing the enemy wins wars.

General Patton told the Third Army, “The harder we push, the more Germans we kill. The more Germans we kill, the fewer of our men will be killed.” That kind of thinking is passé. General McChrystal, Obama’s favorite commander (before he had to be purged for insulting Obama) had a much better plan.

“We will not win based on the number of Taliban we kill,” he said. “We must avoid the trap of winning tactical victories—but suffering strategic defeats—by causing civilian casualties or excessive damage and thus alienating the people.” 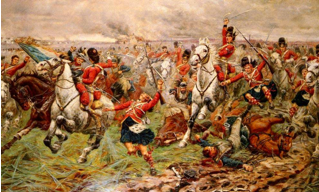 Under Obama’s rotating shift of commanders, we avoided the trap of winning tactical victories. Instead of following Patton’s maxim, American casualties doubled. The Taliban struck closer to Kabul while US soldiers avoided engaging the enemy because they wouldn’t be given permission to attack unless the Taliban announced themselves openly while avoiding mosques or civilian buildings.

“We will not win simply by killing insurgents,” McChrystal had insisted. “We will help the Afghan people win by securing them, by protecting them from intimidation, violence and abuse.”

But we couldn’t protect the Afghan people without killing the Taliban. Civilian casualties caused by the United States fell 28 percent, but the Taliban more than made up for it by increasing their killing of civilians by 40 percent. Not only did we avoid the trap of a tactical victory, but we also suffered a strategic defeat. American soldiers couldn’t kill insurgents, protect civilians or even protect themselves. We’ve tried the McChrystal way and over 2,000 American soldiers came home in boxes from Afghanistan trying to win the hearts and minds of the Afghans. Many more returned missing arms and legs. The Taliban poll badly among Afghans, but instead of hiring a PR expert to improve their image, a Pentagon report expects them to be encircling key cities by 2017.

Unlike our leaders, the Taliban are not worried about falling into the trap of winning tactical victories. They are big believers in killing their way to popularity. As ISIS and Boko Haram have demonstrated, winning by killing works better than trying to win by wars by winning polls.

Now the same whiz kids that looked for the root cause of the problem in Afghanistan by dumping money everywhere, including into companies linked to Al Qaeda and the Taliban, think that the way to beat ISIS is with unemployment centers and job training. Many of the ISIS Jihadists come from the social welfare paradises of Europe where there are more people employed to find the root causes of terrorism through welfare than there are people working to fight them. So far they haven’t had much luck either.

Obama’s real ISIS strategy is even worse than his Afghan strategy. He doesn’t have a plan for beating ISIS. He has a plan for preventing it from expanding while the sociologists try to figure out the root causes for its popularity. American air power isn’t there to crush ISIS. It’s there to stop it from launching any major advances and embarrassing him too much. Meanwhile hearts and minds will be won. At least those minds that haven’t been beheaded and those hearts that haven’t been burned to ash.

We won’t be falling into the trap of winning victories. Instead we’ll be figuring out how to create jobs so that all the ISIS fighters go home to Copenhagen and Paris where they won’t be Obama’s problem.

But while it’s tempting to believe that stupid ideas like these are solely the realm of lefties like Obama, it was Mitt Romney who announced during the final debate that, “We can’t kill our way out of this mess.”

“We’re going to have to put in place a very comprehensive and robust strategy to help the world of Islam and other parts of the world, reject this radical violent extremism,” he insisted, calling for education and economic development. 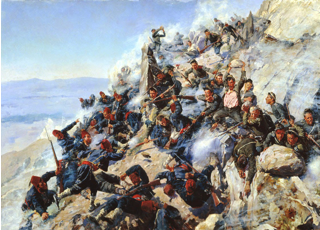 Truman believed in a plan to “kill as many as possible.” Eisenhower could casually write, “We should have killed more of them.” But why listen to the leaders who oversaw America’s last great war when we can instead listen to the architects of the social strategy that turned our cities into war zones?

What did Eisenhower and Truman know that Obama doesn’t? They knew war.

In Afghanistan, the top brass considered a medal for “courageous restraint”. If we go on trying to not kill our way out of Iraq, that medal will go well with all the burned bodies and severed heads.