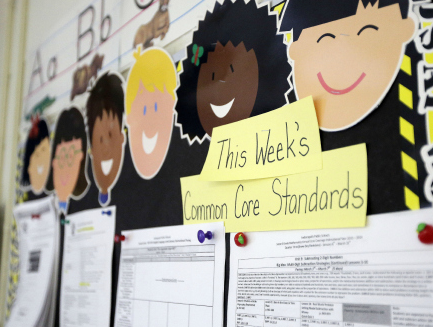 In 2013 I wrote about the Common Core racial standards. Alabama was in the process of adopting standards that would be different for different races.

I’m not really surprised to report that Florida is now doing the same thing. As I pointed out in 2013,

“Racism is never going to go away at the rate our leaders are going. No, racism is alive and well in America and not so much where you might expect it to be. Not so much with the average American. It’s alive and well with our dear leaders and our policy makers and it filters down through the government controlled education system onto the next generation.

We are all human and all human beings are created with the level of intelligence they are supposed to have. There are brilliant African Americans and there are dumb as dirt White people and the other way around. What do you suppose a test looks like for bi-racial students? Students with more than two ethnicities are probably a real conundrum.”

“To expect less from one demographic and more from another is just a little off-base,” Juan Lopez, magnet coordinator at John F. Kennedy Middle School in Riviera Beach, told the Palm Beach Post.

JFK Middle has a black student population of about 88 percent.

“Our kids, although they come from different socioeconomic backgrounds, they still have the ability to learn,” Lopez said. “To dumb down the expectations for one group, that seems a little unfair.”

Just like Alabama, NCLB is the culprit. According to State Board of Education Chairwoman Kathleen Shanahan said that setting goals for different subgroups was needed to comply with terms of a waiver that Florida and 32 other states have from some provisions of the federal No Child Left Behind Act. These waivers were used to make the states independent from some federal regulations.

Now, I’m no educrat or supremely intelligent government employee so forgive my question here. But how is tying yourself and your students to a new government demand, like the racial standards, to get out of other government demands via NCLB, actually getting you out from under the government’s thumb?