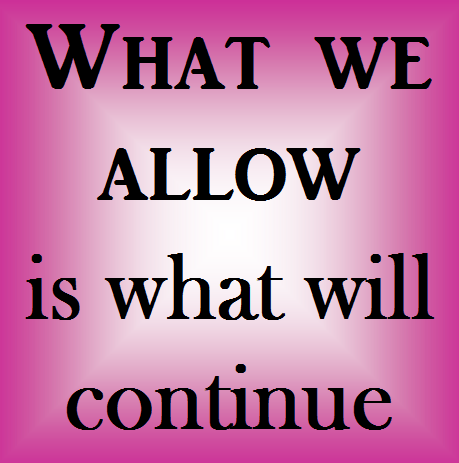 Common Core is exhausting. Once you have started researching it and go further down the rabbit hole you realize that Common Core is just one of the raindrops falling down in a monsoon of torrential rain, ready to drown you.  But then you see people fighting the Common Core, including articles about how Kansas Senator Pat Roberts is drafting a bill to block federal coercion of Common Core Standards. This gives you heart, and you proudly wave your Stop Common Core signs.

According to Breitbart, “Sen. Pat Roberts (R-KS) introduced a bill Friday that would block federal intrusion on the rights of states to make education decisions. The measure purports to block the Obama Administration from coercing states to adopt the federally funded Common Core standards.”

According to a press release on Roberts’ website, the Senator plans to “include this legislation in the [Senate Committee on Health, Education, Labor and Pensions’] consideration of the reauthorization of the Elementary and Secondary Education Act (ESEA), introduced by committee chair Sen. Lamar Alexander (R-TN).”

That’s all well and good but let’s take a circuitous route here. Roberts’ bill on coercion is just a pathway leading to the more important part I am focusing on right now.

Let us take a peek into the reauthorization of the ESEA and how Senator Alexander is planning on “fixing No Child Left Behind.”

First we have to pretend that it should be fixed rather than just tossed completely.  The problem with these re-writes, fixes and “knee jerk reactions” to the testing, such as the Opt Out movement and such, are that the planners behind the Common Core usually have many things up their sleeves and we might be playing right into their hands.

You want children to Opt Out of the test, you say? You want to “fix” NCLB? When reading the actual language of education bills you will see the same words over and over:  Competency, performance assessments, formative assessments, measuring student growth, and needing the rewrite because we need to close that ever widening achievement gap.  These words are used both in the original language that the planners want and use and the new bills. Same language, same meaning. But it may not be the meaning that we usually associate with those words.

I have shared before that words might sound good but they almost always mean something different than what you might think, especially in education. Things like “higher order thinking skills” or “metacognitive” may sound good, but follow the link to see what scary ideas it represents.

My point here is that the planners are actually wanting different assessments and different ways of obtaining the measurement of “growth.” Opting out of testing may actually push us closer to these creepy new tests. Rewriting NCLB, including the language about assessments, leaves it wide open to implement these new assessments into the classrooms.

As a reader of Robin Eubanks’ blog, Invisible Serf’s Collar and after having read her book, Credentialed To Destroy: How and Why Education Became a Weapon, my way of thinking has changed. You can never, ever just look on the surface. Follow all roads until you get to what you are seeking.

In this case, you can see in Robin’s own words about the new assessments and measurements created by Knowledge Works, a non-profit in bed with all of the people funding the new standards and publishing and creating controversial reforms since the 1990s.

I urge you to visit Robin’s blog and/or read her book. I will leave you with this chilling admission of what these assessments, formative and summative, are about and what will most likely happen because of the Opt Out movement and/or the NCLB re-write. The question remains; do the Opt Out people realize this could happen? The philosophy behind their stance is very close to the same kind of “utopia” that the education planners are dreaming of. Does Lamar Alexander realize this too? Being that I trust no one at face value anymore, I’m going to say that he also knows. I could be wrong, and hope I am, however, hoping means nothing if it all comes to pass.

The first paragraph is quoted from Knowledge Works.

“Different approaches to learning and revised definitions of success require new metrics that accurately reflect both the process [of personal change] and the product [the changes in the student] of learning and attainment. Such a shift would mean enormous changes in measurement (assessments) design by itself, but that level of change is compounded by new thinking about the role of assessment in learning, both in the United States and internationally. Rather than being used primarily (often solely) for summative purposes–e.g., an on-demand final exam–assessment is increasingly understood to be an essential, ongoing, highly integrated component of the learning process.”

Embedded then in classwork like gaming or the online software increasingly ubiquitous in classrooms, this change the student capability goes by the names “assessing for learning” and “formative assessment.”

If parents are unaware that changing how the student perceives the world from the inside out is the new purpose of curricula and what happens in the classroom, they may miss that the Opt Out hype aids this always intended transition. I personally believe that the pain of constant testing has been deliberately heightened precisely so that frustrated parents will proclaim no more objective measuring of what is happening in the classroom. It’s too frustrating for the kids. Then the real extent of the psychological shifts and the lack of real factual knowledge will be easy to miss. At least until the transformation is irreversible.”

Myth: We Caused Radical Islamists to Hijack One of World’s "Great Religions"

Abstraction (the Ugly Cousin to Historical Revisionism and Moral Relativism), Know it When You See it.