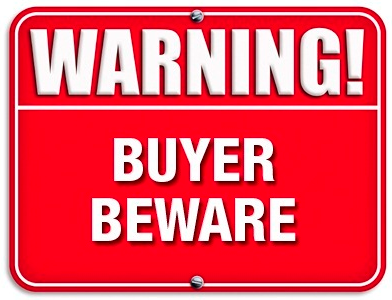 Bud Runion, a classic car enthusiast from the metro Atlanta area, replied to an online advertisement on the popular Craigslist.org touting a classic 1966 Fort Mustang for sale in late January. Several days later, the bodies of Bud and his wife were found in close proximity to the location in which they met the seller, who was arrested in their murders. How could such a benign online inquiry ended in such tragedy?

With over 80 million new classified advertisements per month and nearly 50 million unique monthly users, Craigslist can be a cost-effective alternate to paid advertisements. Created in 1995 by Jim Buckmaster and Craig Newmark, Craigslist started as a way to advertise local events in the San Francisco area and later grew to include non-event postings In more recent years, however, the less savory side of Craigslist has often cropped up in news headlines.

“How do you exercise wisdom when you are shopping online? It comes back to a fundamental understanding of the reality that the internet is anonymous – we need to keep that in mind – you don’t always know that who are communicating with,” says Donna Rice Hughes, President/CEO of Enough is Enough, an organization devoted to educating the public about the dangers of cyberspace and practicing online safety.

Rice Hughes notes that the older generation did not grow up with Internet, cell phones and the technologies immediately available in the 21st century, so they need to be educated on internet wisdom. “We just need to have that internal filter to ask, is this for real?” Rice Hughes says. ”You have ID theft, you’ve got scams, you’ve got people trying to rob you…the point is that anything is being used for good, lawful purposes online….can also be used for harmful intentions.”

As a precautionary tale for future craigslist buyers and sellers, Rice Hughes adcises, “Ask for references; ask for pictures of the item – if it’s a car, ask for a copy of the registration…just do some homework before you go and meet someone that you don’t know.”

“Craiglist isnt’s good or evil in itself, a lot of these sites have acceptable use policies but they can’t police everyone,” concludes Rice Hughes.

A Craigslist.org spokesman did not respond to my request for an interview.

Enough Is Enough® mission is to Make the Internet Safer for Children and Families. EIE is dedicated to continuing to raise public awareness about online dangers, specifically the dangers of Internet pornography and sexual predators. EIE advances solutions that promote equality, fairness, and respect for human dignity with shared responsibility between the public, technology, and the law. EIE stands for freedom of speech as defined by the Constitution of the United States; for a culture where all people are respected and valued; for a childhood with a protected age of innocence; for healthy sexuality; and, for a society free from sexual exploitation.

The National P*rn Free WiFiTM Campaign (www.friendlyfreewifi.org): The campaign urges McDonald’s and Starbucks and the rest of corporate America to filter child p*rnography and hard-core p*rnography on their public WiFi services.

Public Health Pandemic Campaign: EIE is working with a broad coalition of organizations together with professionals from the medical, psychiatry, psychology, sociology and legal communities to elevate the social costs of extreme p*rnography to a rapidly growing public health pandemic.

Award-winning Internet Safety 101 Program Initiatives: We continue to make the 101 multi-media Program available both in the U.S. and abroad.

Public Policy and Law Enforcement Efforts: Promoting legal solutions that call for aggressive enforcement of existing laws and enactment of new laws to prevent the online exploitation and victimization of children.

Are Parents Missing the Point?