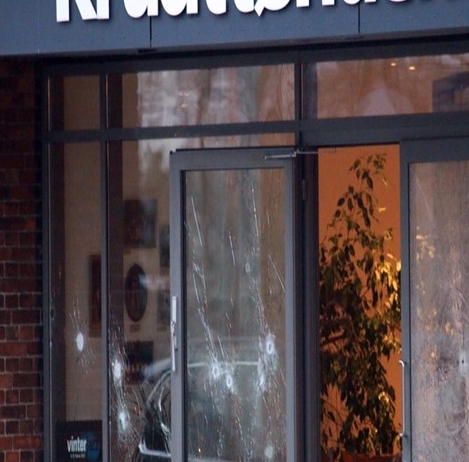 BRUSSELS, Belgium: Reports from Copenhagen indicate a terrorist attack has occurred on a meeting to debate Islam and free speech. Reportedly, the meeting included the attendance of Lars Vilks, a controversial Swedish cartoonist. He had received death threats for his depictions of Muhammad. Also in attendance was the French ambassador to Denmark, Francois Zimeray.

According to multiple reports, Zimeray stated, “They fired on us from the outside. It was the same intentions as Charlie Hebdo, except they didn’t manage to get in.” The Charlie Hebdo attack refers to the incident on January 7 in which Islamic terrorist stormed the satirical magazine and killed a dozen people.

The ambassador nor the Swedish cartoonist were killed or injured in the attack but one death was reported. There were an additional three injuries reported as well. Danish news reports say that some 30 bullet holes were found in the window of the café where the meeting took place. Also reported was the sight of two people and possibly a uniformed police officer being removed by stretcher.

Oregon Education: Whatever the King Decrees