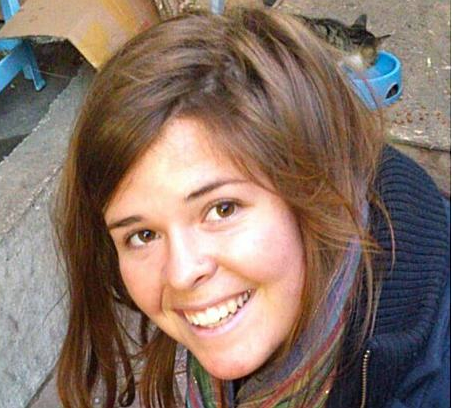 It took a few days for me to mentally process that ISIS kidnapped a fellow Northern Arizona University alumni, and reports are now confirming that she has been killed.

Last Friday, my Facebook timeline was filled with articles about Kayla Mueller, a NAU alumni who was kidnapped at the hands of ISIS. As I read the articles and saw her picture, I couldn’t help but feel a pit in the bottom of my stomach. These stories were now hitting much closer to home.

Tears welled my eyes as I scrolled through the posts, one after another. Handfuls of people I went to college with were posting articles about her, even those who are politically apathetic.

Terrorism and ISIS was no longer something talked about on TV or in the media. It was now in our own backyard. To a fellow Lumberjack. Suddenly, the “War on Terror” took on a whole new meaning.

Muller graduated from NAU (my alma mater) in 2009, just a year before I attended the university. She went to Syria as a humanitarian worker to help assist those in a war-torn country. In August of 2013, ISIS kidnapped her.  According to a statement released by Senator John McCain’s office, Mueller “was taken captive by ISIL terrorists while leaving a Doctors Without Borders hospital in Aleppo, Syria” back in August of 2013.

Based on various reports, the Mueller family were still holding out hope that Kayla was alive. Out of fear of upsetting ISIS, the family refused media interviews, as directed by the terrorist group. They had reached out to those ISIS members who are believed to have captured Kayla.  They did everything they were supposed to do–but ultimately it didn’t matter.  The latest media attention occurred after ISIS members claimed Mueller was killed by a Jordanian air strike but there was no proof. Today, however, the U.S. has confirmed that she is dead.

“Our hearts are breaking for our only daughter, but we will continue on in peace, dignity, and love for her,” her family said in a statement.

My thoughts and prayers go out to a fellow Lumberjack and her family. I hope and pray that now that her family has the answers they are looking for they can now mourn their loss.

To the Muellers: Your daughter spent her life spreading love and hope to those who so desperately needed it. She made a difference that only a few selfless people can. Though she made the ultimate sacrifice, please know that her life wasn’t lost in vain.