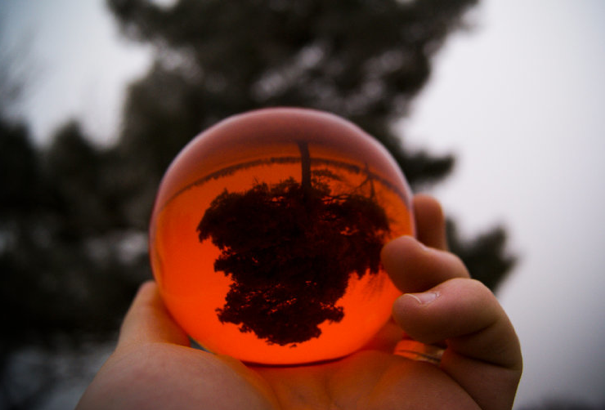 Oscar-nominated film, Ida, has been criticized by the Polish Anti-Defamation League for “possessing ‘serious flaws’ of historical fact.”

The film, about a Jewish couple who were murdered by the family who hid them, left out a key historical fact: under Nazi occupation, families found hiding Jews were given the death penalty.

This omission, says RDI (Reduta Dobrego Imienia), was the driving force behind the behavior of the ethnic Poles. A family’s choice to commit an act of murder was an act of self-preservation and an adherence to policy.

This omission, intentional or not, was perhaps a consequence of artistic license or ignorance. Or maybe Ida got caught propagating a historical distortion: that the ethnic Poles would have cleansed their land of the source of unrest, the interloping Jew, regardless of policy or threat to life.

This abstraction of events is defined by historian Jacques Barzun as, “a calculated departure from experience, from what is seen and felt as the real, which goes by the opposite name of concrete.”

Abstraction has long been used by autocrats in power to lure the masses into indifference as they enact their planned barbarism. Cultural partners in the art community such as Wagner, Streicher and Hippler exalted the values of racial purity, militarization and obedience through their works. The art community worked in concert with the ministries of Public Enlightenment and Propaganda to sway public opinion against their perceived Jewish problem. Artistic abstraction was seen again in the Soviet Union with Mukhina and Petrushka. Again, whether out of like-mindedness or coercion, the results were the same.

The concrete replaced the abstract for a time (back when the Axis was evil and the Allies were heroic) but the overuse of the words fascism, Nazism and other -isms has blunted our response to their meaning. Society has grown callous and indifferent to suicide bombings in the Philippines, missile launches from Gaza and inner city homicides in Chicago. Abstraction abounds.

Because of our culture’s lack of moral clarity, it becomes en vogue to boycott and divest in Israeli-exported products. ‘Zionistfrei’ becomes all the rage in Europe and ‘Jihadi cool’ is glorified on the cover of Rolling Stone.

None of this would be possible without the purposeful removal of the concrete from our culture. Abstraction permeates society. You see it on Facebook. You see it on Twitter. You see it in comments posted by friends and family in response to Charlie Hebdo, Executive Amnesty and Ferguson.

‘All religions have their extremists.’ ‘Tea Party vs. the Taliban.’ ‘No person is illegal.’

Abstraction has been rediscovered by artists and autocrats in their partnership with the thinking class. They partner in the global campaign to bring the masses around to their way of thinking – that strong identities are bad.

Abstraction has become an art form in and of itself. Sometimes it can be as subtle as a television newscast in the background of a scene broadcasting a hit piece on conservatives; as in the movie, Life of Crime. Other times it can be as blatant as an atlas published by HarperCollins, wiping Israel off the map with the stroke of the pen.

How much easier is it to strip a people of their livelihood, their sovereignty and ability to defend themselves once it becomes fashionable to go ‘Zionistfrei’?

Concrete thinkers must recognize the abstract and call out its bastardization of the truth. With love, not rigidity, we must be the voice of warning, consciousness and humanity.

Subtleties do not escape the concrete thinker’s notice. Whether it be in film, news media or education, concrete thinkers are called to point out all forms of abstraction. We do this by ‘Sharing’ historical misrepresentations in our child’s schoolwork or by ‘Commenting’ on objectionable memes comparing the Tea Party to the Taliban or by ‘Liking’ articles that defend the actions of our military.

It is time for the concrete thinker to speak up.

Common Core: Opt Out & Rewriting NCLB Might Shoot Us In the Foot