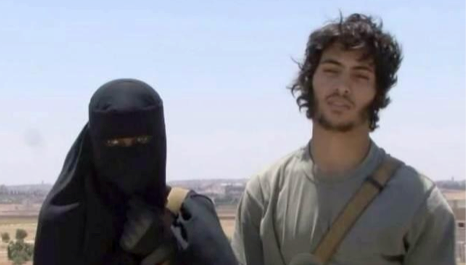 The man responsible for putting together the plot to attack and kill police officers in Belgium, continues to allude police. Abdelhamid Abaaud has been running from authorities since his plot was disrupted with a dozen raids across Belgium and multiple arrest across Europe. According to Belgium’s Justice Minister Koen Geens, evidence demonstrates that 27 year old Abaaud was not among those arrested Saturday in Athens, Greece.

According to Greek news, two men were arrested in Athens on Saturday in connection with the extensive terrorist crack down across Europe. The crack down comes after the terrorist attacks in Paris that claimed the lives of 17 people, a dozen of which occurred at the French satirical magazine, Charlie Hebdo. The two men arrested in Athens were both said to be Algerian nationals.

Reports indicate that in the wake of the raids across Belgium, Belgian military troops were deployed across multiple cities in an attempt to support the nation’s police. Some of the locations included in the list were the Israeli, U.S. and British embassies. In addition, the Jewish Museum where 4 people were slain in May of last year, was being guarded to prevent further attacks.

Authorities in Belgian reported that Abdelhamid Abaaud original hails from Morocco before coming to Brussels, Belgium. The reports also indicate that Abaaud was suspected to have left Belgium to join ISIS in Syria. A trial for a group of men, Sharia4Belgium, charged with terror related acts has been taking place in Antwerp, Belgium.

The 46 defendants named in the, Sharia4Belgium charges have been on trial since October of last year. Only 9 defendants are actually present for the trial as the other members are believed to be either in Syria fighting or deceased. The trial has caused serious security concerns and for reportedly the first time, bullet proof glass has been installed around the area where the defendants are seated.

Sentencing for the defendants is expected to be returned any day now. The trial took a short hiatus in the midst of the terrorist acts of Paris and because of the raids across Belgium. The nation remains on high alert as does most of Europe. With as many as 150 or more jihadist returning from Syria, there is great concern that these men are prepared to act against the nations where they have returned.