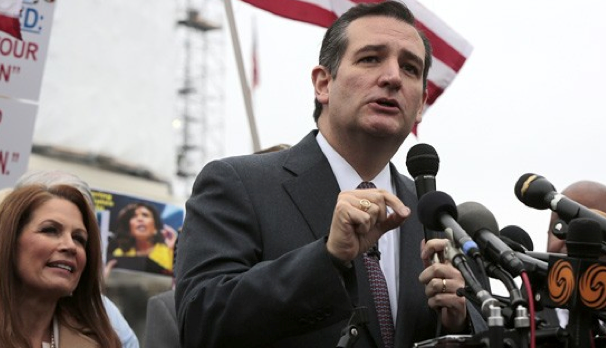 Popular Texas Senator Ted Cruz (R) is scheduled to speak at the South Carolina Tea Party Convention to be held January 17-19 at the Springmaid Pier Resort in Myrtle Beach.

This conference is a weekend assembly of South Carolina’s most Conservative grassroots leaders whose support could be crucial in the 2016 Republican primary. In fact, the winner of the South Carolina primary has gone on to secure the Republican nomination every year except in 2012.

Nevertheless, the South Carolina primary is known to be an important early momentum-builder for presidential candidates.

However, Cruz won’t be the only 2016 presidential hopeful at the convention seeking South Carolina’s favor. Retired neurosurgeon and author Dr. Ben Carson, another potential 2016 candidate, is scheduled to speak that weekend as well. Also, former senator Rick Santorum (PA) will appear at the conference just as he did during his 2012 presidential campaign.

Joe Dugan, the SCTP conference’s executive director says, “It’s very astute for these candidates that have chosen to come and speak with the conservative and grassroots leaders in South Carolina. These are probably the best politically educated people in the country.”

The theme of this year’s convention is:  The American Dream, An Opportunity, Not An Entitlement.”   From Joe Dugan:

“In 2015, we will shift the emphasis a little, to include more training in our convention, because honestly folks, just voting isn’t enough anymore. We must all take a more active role in our government and when the will of the people is not being served, those making wrong decisions must be held accountable.

We elect people based on their campaign promises only to see them broken and compromised on the very first votes. The people rejected Amnesty overwhelmingly in November. In December it seems the politicians have not.

Christmas tree bills loaded with hidden goodies are not what is needed.

Principles and opportunity created the American Dream. Politics and central planning are destroying it.”

Other convention speakers include:

Many more experts are scheduled to speak.

More than 600 activists are expected to attend this year and it’s expected to sell out quickly.