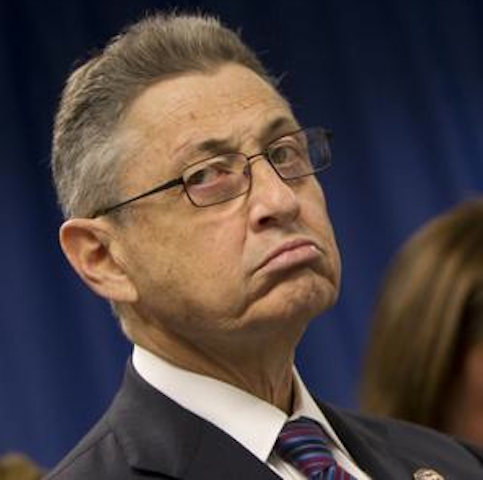 New York is known notoriously for its culture of corruption. For the past fifteen years, I have seen numerous local, state and federal New York legislators dominating the front-page headlines for weeks as the culture continues to go on and on without any ethics reform to stop it. Time after time, lawmakers were behind the scenes doing shady business leading to a domino effect as, one by one, most lawmakers got caught in corruption scandals and no system of checks and balances were there to stop it.

There was a congressman who lied about payment of taxes of his personal business. A Democrat Senator who tried to bribe his way with a stuffed envelope by getting into the Republican ballot line to run for New York City mayor. A governor who solicited and accepted free Yankee tickets and then lied under oath to cover up his actions. And we can’t forget the infamous governor who patronized prostitutes.  There have been a few other lawmakers who sexually harassed their staff members, and an assemblywoman who faked a marriage for immigration purpose, then made false statements to federal immigration officials. Numerous lawmakers have used nonprofit groups as a cover up for their personal expenses. I can go on and on with New York statewide officeholder corruption, but then this post will turn into a book.

So for the past decade, there have been a total of 40 lawmakers that face some type of criminal issues. Doing the math, that is one lawmaker every five months being inducted into the Hall of Corruption wall. Only four lawmakers still remain in office as they fight their criminal charges. The twist to all this, all 4 of them are Democrats, go figure.

This case, in particular, is shocking as now we add to the list of New York lawmakers facing criminal charges. One of the most powerful central figure that dominated New York government for years was finally arrested on charges of official corruption, fraud and extortion. This person was known as the Assembly Speaker, one of the longest serving speaker reigning Albany for more than 20 years.

Sheldon Silver, a 70-year-old Democratic Assemblyman, has represented the Lower East Side since 1977.  He has been a prominent Speaker of the Assembly for the past two decades, making him one of the most powerful Democrat leaders in New York. At the end of 2014, it was announced that federal authorities were investigating Silver’s personal income after he reported making $650,000 in legal work, apparently without actual knowledge of what he does exactly to earn that money. As the New Year began, Assembly Democrats turned a blind eye on this investigation and reelected him as speaker without any challenge. Not one Democrat dared to question his hefty income and continued to stand by him even as the black clouds began looming over his head–until the feds finally got him.

Despite the years of corruption with all those Hall of Corruption inductees plaguing New York government, it is taking quite a long time to start cleaning up its act. The ‘show-me-the-money culture’ still reigns, as the state legislature couldn’t function even at its normal dysfunctional levels due to this potential Scandal Tsunami approaching with their leader continuing to call the shots. Silver’s arrest also comes at the busiest time, as lawmakers return from break and have a deadline of April 1 to negotiate the next state budget. There is no doubt that Silver needs to step down as Speaker.

Governor Andrew Cuomo continuously talked about the need to clean up corruption in Albany. His 2013 campaign promise touted that he would clean up the ongoing corruption by creating the Moreland Commission, which was supposed to root out New York corrupt lawmakers after the takedown of a few lawmakers and political operatives in a huge mayoral bribery scandal. However in less than a year, Cuomo destroyed the commission due to a deal brokered by Sheldon Silver. A few months after the shuttering of the commission, New Yorkers could see why Silver was being hostile about destroying the commission. That didn’t stop Attorney General Preet Bharara from taking over the commission and he continued on with the unfinished work. Questions have surfaced whether Silver’s ongoing investigation into his outside income was the main reason for the shutdown from Cuomo and if there is any link to the governor. Cuomo’s campaign filing shows that he spent nearly $100,000 on a criminal defense attorney to represent him from being investigated on this matter. So far there hasn’t been anything out against Cuomo, but wait it out, it’s New York–it’s just a matter of time before a scandal will occur.

Cuomo’s State of the State address, a day after the President’s State of the Union address, mentioned ethics reform while Silver shared the stage with Cuomo, being referred to as one of the “three amigos.” A day later, before New Yorkers could understand the Governor’s reform and budget plan, they woke up to the breaking news that Silver was arrested, charged with taking a lucrative outside income of at least $6 million dollars.

Silver was claiming to have “worked” as an injury lawyer for the famous law firm Weitz & Luxemberg (Asbestos anyone), earning a lucrative earned income for his legal work practice. However, it was all a fabrication created to hide the hidden payoffs. The deal was simple really; Silver would earn fees by referring clients to the firm by funneling taxpayer’s funds to a mesothelioma physician.  The doctors after would then send the clients to the famous law office dealing with asbestos litigation.

When the story broke about Silver pocketing millions in a set-up scheme, Weitz & Luxemberg founder Perry Weitz said he was shocked to learn that Silver was using his political power on behalf of the law firm and put Silver on “leave of absence.” Later the firm admitted they brought on Silver due to his official position power. Silver, in return for the lucrative job, would look out for the firm by practically blocking any bills interfering with the law firm business.

But how does this relate to national politics? Weitz & Luxemberg is one of the biggest donors to Democrats in Washington, most generous in showering funds to then-Senate Majority Leader Harry Reid since 2009. And like Silver, Mr. Reid would do the same job as leader and block any bills in Washington that interfered with the law firm business such as the FACT Act, a bill passed by the House to root out litigation fraud. Since the law firm mostly deals with asbestos litigation, Reid had to keep his fundraising ongoing by keeping this bill dead. The only thing is that Reid actually blocked every other bill, so I guess he didn’t get the memo, of just only blocking any interferes bills for Weitz & Luxemberg.

Republicans in both the assembly and the senate in New York are calling for a resignation while most assembly Democrats support and stand behind their embattled Speaker. Other Democrats, such as Charles Barron, voiced their dissent against Silver, calling for him to step down from his leadership post. Governor Cuomo didn’t call for a resignation, stating it is up to the Assembly Democrats to decide whether Silver steps down or not. The governor commented on the arrest, stating it’s “a bad reflection on government and its adds to the negativity.” Guess the governor is mad that his 90-minute state of the state address is on hold due to this circus or is scared of what Bharara might find out about him. We shall see.

And we can’t forget our new favorite mayor of all time, Mr. Mayor Bill de Blasio, who once again said the oblivious by defending Mr. Silver, calling him “a man of integrity and he certainly has due process rights”, the mayor sure knows who to defend. But then again de Blasio defends anyone that is negative over anyone that are good. Remember, his best pal is the race baiter Rev. Al Sharpton, who he once said he “is a blessing for this city.” Blessing alright because he owes $4.5 million in taxes and has avoided paying it. Besides, according to de Blasio, the cops are the negative ones, the ones we should fear . The mayor also screams of hypocrisy after bashing Congressman Michael Grimm, who was indicted on far less serious charges.  De Blasio called for Grimm to resign–but then again, Grimm has an R to his name while his pal Silver has a D. Just keep defending your crook friends, Mr. Mayor…

Welcome to New York’s sleazy political world, where corruption is tolerated and ethic rules don’t exist. The sea of Liberal Blue still carries on as New Yorkers continue voting D and are shocked when the culture of corruption topples the headline news. New York voters deserve an elected official who works with its constituents, not behind their backs for their own personal gain. The ‘show me the money culture’ has now become dramatic as the most powerful man in New York is being taken down and a massive cleanup of Albany might soon occur.

The Abortion Debate: When Does a Human Being Begin to Exist?