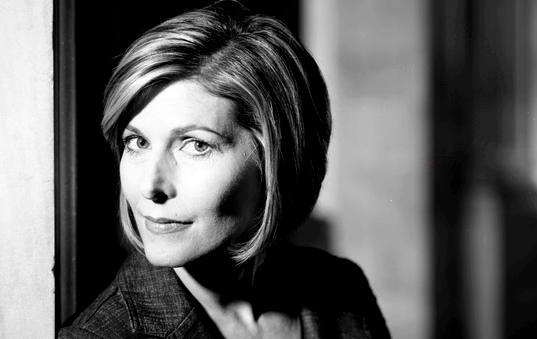 Award winning reporter, author, and former CBS correspondent Sharyl Attkisson has filed a lawsuit against the Justice Department. What is she suing them for? According to the Blaze, “allegedly withholding documents that could reveal the federal government’s role in hacking her computer during her reporting on Benghazi and other unflattering Obama administration stories.” She has officially accused the Obama administration of illegal surveillance during her investigation of various administration scandals such as Fast and Furious and Benghazi.

Attkisson has made it clear that the lawsuit is not her preferred course of action, but is the only avenue open to her at this time. “‘The personal rights secured by our Constitution have a long and accepted history. At the very core of those rights is the right to be free in our own homes from unreasonable governmental intrusion,’ Attkisson said in a statement on her website. ‘Although I would have much preferred to have resolved this efficiently with dialogue and disclosure, until the government is open, honest, and fully truthful with my family about what transpired, we have chosen to use the only means available to us as citizens to try and force full disclosure and honest answers to the many questions that have been raised during the investigation conducted to date’.” reports the Blaze.

According to Fox News,“In a series of legal filings that seek $35 million in damages, Attkisson alleges that three separate computer forensic exams showed that hackers used sophisticated methods to surreptitiously monitor her work between 2011 and 2013.

‘I just think it’s important to send a message that people shouldn’t be victimized and throw up their hands and think there’s nothing they can do and they’re powerless,’ Attkisson said in an interview.

The department has steadfastly denied any involvement in the hacking, saying in a 2013 statement: ‘To our knowledge, the Justice Department has never compromised Ms. Attkisson’s computers, or otherwise sought any information from or concerning any telephone, computer, or other media device she may own or use.’”

What exactly are these records Attkisson accuses the Justice Department of withholding? According to the Blaze, “Such records include, but are not limited to, records of background checks of Sharyl Attkisson, records of communications, contacts, or correspondence between Sharyl Attkisson and employees, officials or agents of the Federal Bureau of Investigation, and records of investigations concerning or regarding Sharyl Attkisson as a victim…” Attkisson is being backed by the Judicial Watch, a conservative watchdog group.

Attkisson also claims the hackers installed and regularly refreshed software for the purpose of stealing both data and passwords from both her home and work computers. In addition, she claims the hackers used a Skype account to monitor her audio. Attkisson claims that she and her attorneys have pretty solid evidence that the hacking efforts were associated with the Justice Department.

“‘The Justice Department has not been very forthcoming with questions’,” she said. ‘The question is, will anybody ever be held responsible?’” reports Fox News.

To answer Attkisson’s question, based on the past record of this administration, no. There are still a myriad of scandals for which no one has been held accountable: VA, Benghazi, Fast and Furious, and the list goes on.

“The multimillion-dollar damage figure relates to her loss of privacy and that of her husband and family, she said.

Attkisson learned through a Freedom of Information request that the FBI opened an investigation of the hacking case in May 2013, but says the bureau never interviewed her or even notified her of the probe,”   Fox News.

Attkisson released her bestselling book Stonewalled: My Fight for Truth Against the Forces of Obstruction, Intimidation, and Harassment in Obama’s Washington in November in which she recounts her experiences during her time reporting on the Obama Administration.