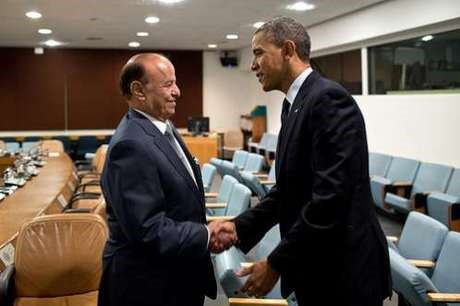 “This strategy of taking out terrorist who threaten us, while supporting partners on the front lines is one that we have successfully pursued in Yemen and Somalia for years.” This statement came from President Obama as he addressed the nation from the White House in September of 2014. His comments brought immediate condemnation from Senator John McCain who pointed out on the Senate floor the following day that ISIS was in no way similar to al Qaeda in Somalia or Yemen.

Just this week, U.S. backed President Abed Rabbo Mansour Hadi of Yemen, has been forced to resign as rebel groups stormed the capital city on Tuesday. His Cabinet members started the retreat as they stepped down earlier in the day and forced President Hadi’s resignation a short while later. The results of these actions came in the shadow of what began in 2011 during the Arab Spring, which was touted as a successful Democratic movement by President Obama before the United Nations in September 2012.

What President Obama has continually failed to realize is that the forces which brought about the Arab Spring were never democratic in nature. Even as he admitted the U.S. played a role in ousting the leaders in Egypt and Libya, he ignored their replacement with an even more unstable and less democratic government. Egypt went from a pro U.S. government to a Muslim Brotherhood leader who was then ousted shortly after being elected. In Libya, reports indicated that just a few hours ago the battle for control of Libya was beginning to threaten the nation’s central bank. In addition, few Americans can forget that it was in the after math of the Arab Spring in Libya, that we saw our U.S Ambassador slaughtered along with three other Americans in Benghazi.

In the other country touted by Obama as a model for success against terrorism, Somalia, Fox News reported on January 20, 2015 that potentially millions of dollars in aid sent to Somalia saw some of that money diverted to terrorist. So, these are supposed to be the models on which our leadership builds an attack plan to stop ISIS/IL. Such models do not instill confidence in anyone who has been paying attention.

Given that Obama admittedly receives most of his information from the media, we will have to wait for him to read the paper or catch an episode of MSNBC before we will get a comment on the coup of Yemen President Hadi. In addition, since Obama’s SOTU address was roundly criticized by both right leaning and left leaning members of the media for being out of touch with reality, the media will have to wait for Obama’s rose colored interpretation of current events in Yemen.

A Common Core Satire: "All Babies Should Walk By 6 Months"