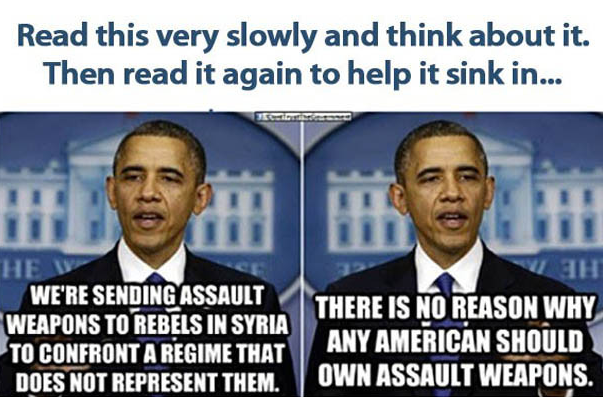 News broke late January 23rd of the death of Saudi Arabia’s King Abdullah and the collapse of government in Yemen. Speculation was rampant with wondering what this could mean for not only the Middle East but the rest of the world dealing with the rise in threats from Islamic terrorist threats and attacks.

The Houthis are now the dominant force in Yemen since the forced the resignation of Yemen’s president, Abed Rabbo Mansour Hadi. The Houthis are from a branch of Shia called Zaydi and are basically a proxy of Iran. In early 2014 the Houthis consolidated control over Yemen’s Northwestern Saada province. They quickly expanded their influence, established checkpoints and have control of much of the north and the Yemeni capital.

Shia Iran however is an enemy of the Sunni terrorists of Al Qaida and other affiliates as are the Houthi. Since most Yemenis are Sunni Muslims, Al Qaeda has been able to capitalize on the Houthi rise to win more supporters who are worried about Houthi dominance. Al Qaida is still a strong presence in Yemen. Whether or not the US will be able to work and continue drone strikes and other counter terrorism operations against Al Qaida remains uncertain.

Saudi’s new King Salman will have to deal with the rise of ISIS which has vowed to topple the House of Saud; he also faces intense rivalry with Iran whose influence is spreading out in Iraq, Syria and Yemen as well as other Gulf States.

Iran now holds influence over many of the Shia fighters in Iraq. It was reported earlier this month that U.S. weapons and aid sent to Iraq is ending up in the hands of Shiite militias who are being trained and in some cases, commanded by Iran’s Revolutionary Guard officers.

The U.S. knew that Iranian Quds were fighting in Iraq since before last June, when an Iraqi official confirmed that the Iranian commander Qasem Suleimani had taken control of the Iraqi army.  This was also confirmed by a former CIA operative who identified Suleimani in Iraq. The Quds Force has been listed as a supporter of global terrorism by the United States since 2007.

Could this be why the Obama administration has been negotiating with Iran, a country which seems to have some upper hand in their nuclear ambitions which have been moving right along, despite all the nuclear talks? Or why Iran has recently announced the building of two more nuclear facilities, with Obama warning Congress not to impose more sanctions? And could this be why Obama is providing Iran with $11.9 Billion through June’s nuke talks?

It’s no secret that U.S. forces are in Iraq and have been ‘advising’ the Iraqi forces in the fight against ISIS, yet knowing Iran’s involvement it makes one wonder if our troops are being forced to mix with Iran’s Quds forces as well.

This is a disturbing thought either way since Iran hasn’t changed their beliefs in any way against the US, as it was reported earlier this month that the commander of Iran’s Basij forces declared that the Islamic Republic’s ultimate goal is the destruction of America and Israel. Disturbing also that while back in 2010 it was reported that Iran was working on a missile which could hit the US by 2015; it is in the news once again and seems to be closer to reality.

It’s also made recent headlines when Iran made a deal with Russia to widen military cooperation between the two countries. On January 20th, speaking from Tehran, Russian Defense Minister Sergei Shoigu said “the new agreement includes expanded counter-terrorism cooperation, exchanges of military personnel for training purposes and an understanding for each country’s navy to more frequently use the other’s ports.”

The deal also provides for joint exercises and military training, as well as “cooperation in peacekeeping, maintaining regional and international security and stability, and fighting against separatism and extremism,” the Iranian Defense Ministry website said.

Now onto Iraq, where it seems our troops may be getting ready to fight ISIS in Mosul according to an article in Business Insider. The U.S.-led forces have been conducting air strikes against Islamic State targets in Iraq and Syria, including 16 since January 21st, centered on Mosul. The article quoted General Lloyd Austin, head of the U.S. military’s Central Command as saying Iraqi forces must be ready before the offensive could begin, adding “If we did things alone or with some of the other allies on the ground, it could move faster…But the Iraqis have to do this themselves.”

While he didn’t give a definitive answer whether US boots on the ground will play a role, Gen. Austin said he had not yet determined whether to recommend that U.S. ground troops accompany local units pushing into Mosul but added the military would “do what it takes.”

I wonder how Code Pink & other progressives who voted for Obama’s antiwar rhetoric feel about the fact that the U.S. is deploying more of our troops to the Middle East later this year to again train and equip ‘moderate’ Syrian rebels and the number of U.S. forces may exceed 1,000.

The mission will involve about 400 U.S. “advisors”, most likely Army Special Forces and others who will provide security and logistical support for our Forces. Rear Adm. John Kirby, a Pentagon spokesman said training will begin as early as this spring, working out of sites in Saudi Arabia, Turkey and Qatar.

In 2010, Qatar was rated by the State Department as the worst Middle East country for counter terrorist operations. This state has been a hotbed of Al Qaida and affiliated jihadist groups.

What more can be said about Qatar, other than the fact that this Gulf Sunni Arab State is where all the terrorists that the Obama administration has been draining out of Gitmo are pouring into?

I really need to ask, who exactly will our Special Forces be training with? Even though the U.S. says they will be training Syrian rebels, one can’t help but wonder if some of the ex-Gitmo detainees might be interested in creating some problems since most of them are in Qatar? Or maybe guys like Ali Al Marri who was sent to the U.S. by Osama Bin Laden and MSM to commit follow-up acts of terror after the terrorist attacks on September 11, 2001, and was just released from US Federal Prison and headed to Qatar?

It seems that Qatar is excited about having this latest terrorist. According to reports, members of Qatar’s al Murra tribe are throwing a party for al Marri, and the people of Qatar are cordially invited. The prime minister of Qatar has reportedly spoken to al Marri on the phone, congratulating him on his release.

Why would the Obama administration use our Special Forces to train Syrian rebels in Qatar with the poor track record they have when it comes to funding and giving asylum to terrorists who have been fighting against our troops during the past dozen or so years?

Benghazi, Libya might be an indication, since Obama trained terrorists there and used Benghazi to ship weapons to Syria via Turkey in order to topple the Assad regime. We saw clearly how much Obama values the lives of Americans when it comes to meddling in other country’s affairs when 4 were murdered in the Benghazi attack in 2012.

Speaking of Benghazi, former House Intel Committee chair Mike Rogers recently spoke about Turkey’s relations with Iran. On Jan. 13, Rogers described Iran as the “No. 1 malign influence in the region.” He also expressed dissatisfaction with Turkey’s unwillingness so far to allow the use of the Incirlik air base for US-led coalition airstrikes against terrorist groups in Syria and Iraq.

Turkey is one of the nations which our troops will be training rebels in. Turkey is also open about welcoming the leader of the terrorist group Hamas. At a press briefing earlier this month, State Dept. Spokeswoman Jen Psaki had no answer on what the Obama administration thought of the leader of the terrorist group welcomed by Turkey other than the usual “we’re concerned.”

“Our position on Hamas has not changed. Hamas is a designated foreign terrorist organization that continues to engage in terrorist activity… We continue to raise our concerns about the relationship between Hamas and Turkey with senior Turkish officials, including after learning of Meshaal’s recent visit there. And we have urged the Government of Turkey to press Hamas to reduce tensions and prevent violence.”

Meanwhile there were conflicting reports to whether or not the Hamas leader was being asked to leave Qatar and relocating to Turkey.

While Obama seems to be capitulating to Iran while also working with Turkey who seems more interested in toppling Assad than fighting ISIS, our country’s safety, not to mention millions of people in the Middle East and Israel, is also at stake. Turkey believes in a Caliphate, and mostly has grand designs on a revived Ottoman Empire. Shia Iran believes in the 12th Imam Mahdi who they claim will rule.

What happens in the Middle East will have an impact on the rest of us someday down the road, and right now Obama is giving terrorists and rogue states the car keys. The administration is clearly endangering our national security and putting our military in greater danger by playing on both sides of the road.

Article 3 section 3 describes treason in part as “adhering to their enemies, giving them aid and comfort.” Congress is the only body which can levy treason charges; one has to wonder what’s taking them so long.

What Could Desertion Charges Mean to Bowe Bergdahl?