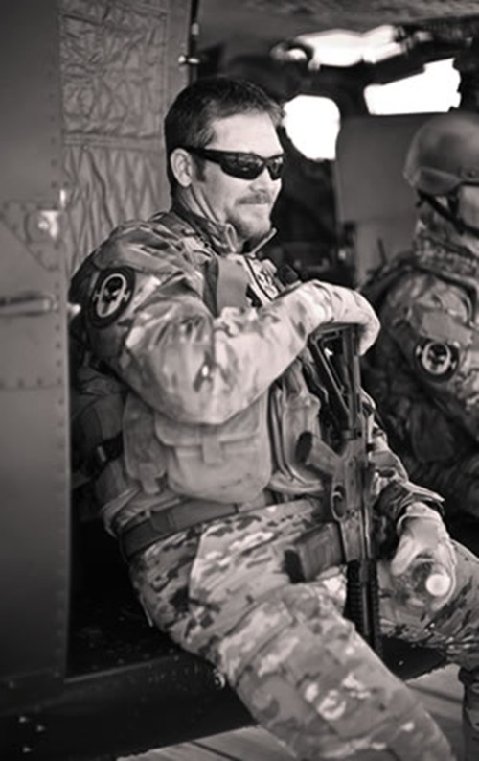 Filmmaker Michael Moore lit up twitter and a flash of news site articles this past weekend when he made an initial tweet about snipers,

After a backlash from many, Moore tried to back pedal his position, as people with sense knew Moore was tweeting about Kyle.

We can expect controversy from a guy who has made millions on docudramas. Moore is a typical progressive hypocrite who rails against capitalism, our military and America, yet takes full advantage of the millions of dollars he’s made by the capitalist system, and has the freedom to do so because of our military. It’s not surprising that he’d mock a man who has most likely saved more lives than any of us will ever know about, but it made me think about an article in Huffington Post by Moore I’d read last year which was titled, “Those Who Say ‘I Support the Troops’ Really Don’t.”

Moore started that story by saying,

“I don’t support the troops, America, and neither do you. I am tired of the ruse we are playing on these brave citizens in our armed forces. And guess what — a lot of these soldiers and sailors and airmen and Marines see right through the bullsh*t of those words, “I support the troops!” spoken by Americans with such false sincerity…”

He goes on to talk about all the things troops and vets deal with, which for the most part I agree with actually, but to mock those who genuinely care about our troops and still believe that they do what they do because they have a sense of duty, honor and love of country and family is simply ignorant.

Whatever happened to supporting the troops but not the war? Our troops sign up for various reasons, and while our government makes the decisions to send them to war, many men and women in our military do believe they are making a difference and defending people from brutal oppressors around the world. I’m grateful we have such a small percent of people who are willing to sacrifice so much for our country and to help strangers in other countries. I admit, I haven’t done as much as I’d like to help our Veterans and troops, but then again, I don’t have Michael Moore’s wallet.

People like Michael Moore can say all they want about how our troops aren’t defending America, don’t save lives or keep us free, but they can only say that because we have people willing to fight it somewhere else. If we didn’t have a military, I can imagine Michael Moore and all the rest of the hypocrites wouldn’t have the luxury of mocking our troops and earning millions while living in a free country.

Back to the most recent comments by Moore on twitter. He also took to Facebook to expand on what he tweeted about snipers. He starts off telling about his uncle who was killed by a Japanese sniper during WW2, and his father, a Marine who served in the Pacific at the time who viewed snipers as cowards.

Yet if it weren’t for the US Marine recon/snipers such as from 6th Marine Division and others who uncovered major Japanese defensive positions in the Pacific Islands and Japan, Islands such as Guadalcanal and Solomon may never had been won and we would have had a higher number of American casualties.

“So here’s what I think about “American Sniper”, Awesome performance from Bradley Cooper. One of the best of the year. Great editing. Costumes, hair, makeup superb! Oh… and too bad Clint gets Vietnam and Iraq confused in his storytelling. And that he has his characters calling Iraqis “savages” throughout the film. But there is also anti-war sentiment expressed in the movie…

Most of us were taught the story of Jesse James and that the scoundrel wasn’t James (who was a criminal who killed people) but rather the sniper who shot him in the back. I think most Americans don’t think snipers are heroes. Hopefully not on this weekend when we remember that man in Memphis, Tennessee, who was killed by a sniper’s bullet.”

Chris Kyle served four tours in Iraq “Mr.” Moore. He was awarded numerous commendations for acts of heroism and meritorious service in combat. He saved untold lives of fellow American troops you claim to care about. He also received two Silver Star Medals, five Bronze Star Medals, one Navy and Marine Corps Commendation Medal, and two Navy and Marine Corps Achievement Medals. How many lives have you saved “Mr.” Moore?

You might find all of that insignificant, but most Americans see Kyle as an incredible hero deserving of so much more. But we understand that there are ungrateful and selfish people who sometimes take out their own shortcomings and poor character on people who actually make a positive difference in this world. It’s interesting too that you save it for after they’re not around to answer back.

Many Americans obviously do think this sniper was a hero, as the movie grossed $89.505 million for the Friday-Sunday period and the studio was estimating $105.305 million for the four-day holiday period. This is on top of his book which was on the New York Times Best Seller list for over 35 weeks.

Speaking of the holiday, Martin Luther King Jr. was murdered by coward who later denied having done it. Whether he did or not, James Earl Ray was a loser and a thief who never held himself accountable for anything.

Chris Kyle and all of those who are involved in combat wrestle with the things they do every day. No one likes war Mr. Moore, least of all those who fight it, but I’m one American who is incredibly grateful for the heroes who do fight them for us. You compare an exceptional man to cowards who murder for their own vain glories, but it doesn’t surprise me that you’d be so pathetic and selfish. Progressive hypocrites always trash our country and those who fight for her– because they’re free to do so.