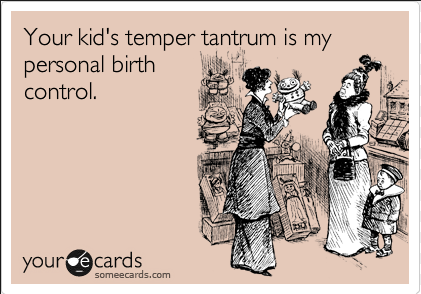 MEMO: To the mom in the store who wasn’t paying attention, watch out – you just avoided a lawsuit waiting to happen.

The scenario played out like any typical one in suburban America – a last-minute trip to a regional big-box store to shop for the usual accouterments of the family fridge. I am attempting to park my cart at one of the open cash register lines, when I am blocked by two little girls, guessing around ages 2 and 4, shoving each other around as siblings do. I did not see their parent/guardian right away as I did not realize their back was turned to them – not paying attention or even looking their way – as they too were waiting to be rung up by a cashier.

Next thing I knew, the two little girls, with wide-open eyes, looked around for their next source of amusement as shoving each other was just not cutting it. To their delight, they find one of those long, curly plastic elastic cords that are used to close off a cash register line and proceed to stretch it all the way towards the next register lane – while eying the nearby unmanned desktop computer and monitor at the nearby supervisor’s desk as their next possible target – and I saw an accident waiting to happen. I could not stand by and allow for either one of them, or a passerby, to get needlessly hurt.

So I quietly walked over to the two girls, gently took the cord from their hands and put it back while saying to them, “Now, we shouldn’t do that OK, someone could get hurt.” Then as I am turning my back to go back to my cart, I hear a nasty, incredulous voice – apparently the children’s mother/grandmother/aunt/guardian (you just never know these days) yelling at me to mind my own business. Wow, really? Because I was attempting to prevent their children from hurting themselves, or another innocent person?

NO! I was NOT going to mind my own business when children are putting themselves in a dangerous situation, and/or they have the potential to hurt other innocent bystanders. NO! I was not going to stand by and not take any action so that an accident would happen, a lawsuit would/could be threatened, and someone gets hurt. NO! I was not about to take that chance.

I turned my head to glare at the woman and said, loudly, “Great parent you are.”

After the nasty woman went away and out of earshot, one of the employees of the store came up to me to thank me for doing what I did. I said sure, it’s not a problem – I just did not want to see anyone get hurt. I still can’t believe that someone was yelling at me because I was trying to prevent a possible accident/lawsuit/Saul Goodman-type looking for a fat settlement.

No one ever said that being a parent was an easy walk in the park. But it astounds me profoundly that one would purposely ignore the risk factors that could hurt their kids. Or did it even occur to them that someone else could get affected by unsupervised actions?

As for me, I’ll take my walking orders from Edmund Burke who said, “The only thing necessary for the triumph of evil is for good men to do nothing.”

Get Fit With Only 12 Easy Exercises!