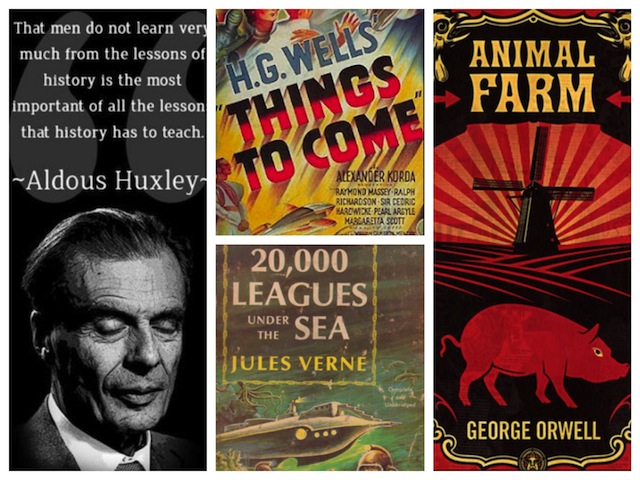 Another period of time has come and gone and in the viewing center there is an extra chair, off to the side for sufficient room to accommodate the expected guest. The entire scenario is unique for this meeting, as there has been a rather long and tedious interval in which the Minds have disagreed about their choice of guests. There has also been something of a verbal assault upon each other, with each stubbornly clinging to his own view as the most relevant and correct discussion to address. As their meeting of the minds has received some words of admiration from less openly speaking associates in their world of suspension between heaven and hell, it has fallen to the elders to select with caution and relevance the visitors to the lofty seat of judgment of the accomplishments of the living and the fruits, ripe or rotten, of their labor in the state of things on earth. However, at this gathering, there was a resistance, and lots were cast to make a choice without resentments. The way of the world has been jostled off plumb by upheavals in the Middle East, and their guest has been chosen in haste in hopes of finding a way to help hold chaos at bay once again.

Gabriel opens the viewing screen and then gestures to the guest who is shown to the extra chair where he sits quietly. Gabriel speaks: “It is my duty to mention this briefly and urge you to make a judgment, and offer a solution to be conveyed to those on Earth who must prevent the holocaust, while time still remains to intervene. I will return soon for your conclusion.” He leaves.

The moderator of this session is Wells, and he turns to their guest, gestures to him to come forward and look at the way of the world. He stands, steps forward, hands clasped behind his back, and looks. What he sees causes him to gasp and step back, turn and begin to pace in the open area of the viewing room. The elders all turn their chairs to watch and wait. Until now, no one has spoken. Now, Wells speaks.

WELLS: And what do you think of the situation below? I know you perused our outline for this forum when you received our invitation, so you must have been thinking about what can, or must, be done.

THE GUEST: I asked to be left untitled or named until I had been made fully aware of the turmoil of which your outline spoke. It certainly appears to be as dire as you implied, and I will need to look and think a bit more. May I pace, as I think, and will you please tell me who each of you are? Names and faces were not clear in my memory. You surely know that I did not attend college, and had no special degrees or years of education.

ORWELL: Certainly, we will give you whatever assistance we can. I am George Orwell, almost from your century, but not quite your decade, but I know and respect you, and what a courageous thing you did for America and the rest of the planet. I was born in India.

HUXLEY: Aldous Huxley, British scientist and author, friend of America. I also have knowledge of your place in history, for which I thank you.

WELLS: H.G. Wells, English scientist, and author among other things. I am gratified and pleased to be able to thank you for coming, as well as for your contribution to the salvation of our world.

VERNE: Jules Verne, French realist, author, scientist, chemist, inventor, and admirer also of your place in history, for you are a man of a different kind of courage. Thank you for coming, as time is of the essence, sir.

BRADBURY: American author of science fiction and creator of some television entertainment, which I believe you have knowledge of. We represent, together, three centuries and the events of those have played out in fiction and in truth. I believe you may have read some from all of our works. Thank you for your work, Sir.

THE GUEST: And so, gentlemen, the game is on, or the challenge may be the word needed. From this vantage point, I clearly see playing out scenes much like those which have happened over and over throughout time. It is time that is clearly pressing in on us, and the ‘us’ I will talk about is the entire population of the world. I came from a tiny speck on that treasured globe we now see. Let us look at it again as I speak, for my resting place has been final. It was my Christian belief that sent me heavenward, in spite of the global impact of my decisions, one in serious and devastating conclusion. Tell me what you expect of me, please.

WELLS: I yield the position of moderator to our eldest member, Jules Verne.

VERNE: And I thank you for that respect, if only of my age, H.G.(chuckling and turning toward the Guest). Thank you Sir, and I will make the session move quickly and speak English, as do all of us. My first question, and one in which all of us have taken and given viewpoints, is this: Who or what will be needful to rescue our fellow human families,that collective mass of humanity who, most totally unaware, hang on a very slender and tenuous thread over a pit of destruction. In short, is there hope from a savior on Planet Earth who can, or will, make the kind of decision that you had to make in order to save a vast portion of the world, while at the same time destroying a smaller portion of it?

THE GUEST: I am not a savior, but I have been saved, chosen, and given the belief that what had to be done was my lot, and why I, Harry S Truman, man of no great genius of mind, not a seeker of fame, or not even knowing that I was being chosen, from birth, to be where I was at the moment such an action was not just wanted but was needed, to end an even worse result if I did not act. I did what had to be done, and that was not ever in my mind to do it. I did it because the voice that spoke to me was the voice of COURAGE, and it became the only word I could hear, and it said, “Harry, if you do not do this now, much worse will be turned loose on the entire world. You must act, as you believe now, that you were put here for a reason, and the time is now.”

VERNE: Well said, Sir, and as we all concurred that a person, man, woman, or even a small and commonly born baby, could grow up to do a heroic and world saving decision such as you had to make on releasing the horror of an atomic bomb on cities full of innocent and unknowing people. Where are the people who are living now who are ready, willing or able to put an end to what looks to be an even worse time to come,and millions more to fall at the hands of heartless and mindless murderers? Do you have any advice that could be somehow living in the heart and soul of another leader of courage such as you? We asked you to come here and perhaps we could somehow convey your thoughts to a person yet unidentified as a Harry S Truman for this century.

TRUMAN: I thank you for such respect as a born in Missouri son of farmers, never attended college, and no fancy degrees, and by the way, the S is not for a name of its own, but to honor my two uncles who both had names beginning with S. Simple folks make simple decisions, and also some very hard ones, as I was the one in place when that button had to be pushed. My mind was in horror, but my inner voice said that it had to be done, by Mr. Roosevelt really, but he had died eight months before that day. I heard him in my mind say that I had the entire world within arm’s length and it would soon be too late, for me or anyone else, to act, and so I believed, and did the hardest thing any human being could have to do. My advice is this: seek out Harry S Truman, or even Harriet S Truman, for the 21st Century, and put the word COURAGE on the heart and mind of that person, move their egos and dreams of glory aside and think only of the American citizens AND citizens of all stripes around the globe, and do what everyone really knows deep down inside, has to be done soon…evil must be faced and destroyed in order to rescue good as I had to do by dropping the atomic bomb on Hiroshima and Nagasaki to end World War II.

HARRY S TRUMAN, tired and sad, stopped pacing and leaned against his chair. Silence was loud in the room as Gabriel came and offered his arm for the guest to lean upon as the two left the room and the viewing pane was closed.

VERNE’S voice as the room fades to black……”Any nominations?”

Daniel Greenfield: Suppose Islam Had a Holocaust and No One Noticed

Daniel Greenfield: The Importance of Blasphemy