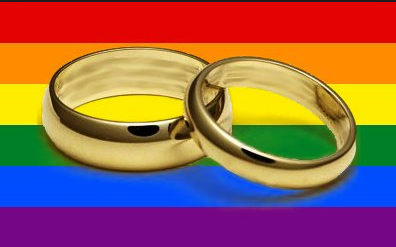 On January 6th, same sex couples lined up across the state of Florida at their county courthouses to get marriage licenses and to get married. This came after Judge Robert Hinkle of the Federal District Court in Tallahassee clarified an August 2014 ruling on New Year’s Day in which he declared the state’s same-sex marriage ban unconstitutional. A ruling was entered on Monday in Dade County recognizing same sex marriage in that county. As of Tuesday all 67 counties in the state recognized these marriages.

On November 4, 2008 the citizens of the state passed Florida Amendment 2 with 61.9 percent voting for it and 38.1% opposed. Amendment 2 added Article I Section 27 of the Florida constitution, which states:

Inasmuch as marriage is the legal union of only one man and one woman as husband and wife, no other legal union that is treated as marriage or the substantial equivalent thereof shall be valid or recognized.

Florida is now the 36th state where same-sex marriages are legal despite constitutional amendments passed by the citizens in many of these states. This was a poorly written amendment. Many who voted for the amendment do believe in equal rights for same sex couples and support civil unions guaranteeing the same rights, privileges and obligations of a traditional marriage. But they also believe that the definition of marriage should remain as the union of one man and one woman.

At the time of the 2008 referendum, then Republican then Governor Charlie Crist supported the amendment. Commenting this week, former Florida Governor and probable 2016 GOP presidential candidate Jeb Bush said: “We live in a democracy, and regardless of our disagreements, we have to respect the rule of law.” This is not democracy, this is judicial activism. By declaring that same sex marriage is the same as traditional marriage, we have now undefined marriage.

As someone who prepares legal documents for real estate closings, we have been directed by our underwriters to vest title into property as “X and Y, a married couple, as tenants by the entirety.” If only one of the couple is taking title we must reference them as “a married person” and require joinder of their spouse on a primary residence. It appears the terms husband and wife will not be used and will most likely disappear completely as a result of this ruling.

Now that marriage no longer is defined under the laws of this state and others, will we see the push for marriages of more than two persons (polygamy) opening the door to cultures and faiths where multiple partners can be “married”? It may sound far-fetched, but I doubt it.

Those Offensive Cartoons: Did Charlie Hebdo Really ‘Beg’ for a Violent Response?