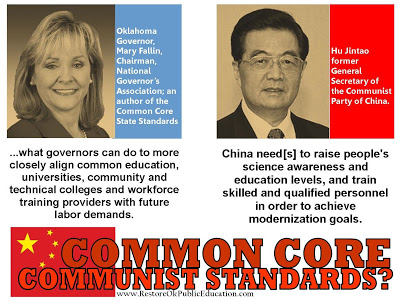 Pastor and Oklahoma State Representative Dan Fisher asked recently, “Why do we have Governors if the State hands over their power to the Feds? Why would we ever let a federal judge over rule something that the people of the State have already decided?  It is time for states and individuals to say no.”

Why would we turn the education of our children over to people that will never see them as more than a cog in their wheel of fortune? With overreaching bureaucratic establishments like Jeb Bush’s Chiefs for Change and Foundation for Excellence in Education among others, and Arne Duncan’s Federal Department of Education who believe that our students should have one common education and the content should be decided by them, they are pushing out the participation of parents. Bush as well as the National Governors Association push the China model and are requiring our children to attend school at younger and younger ages, even though statistics prove that children learn better when they stay home longer. 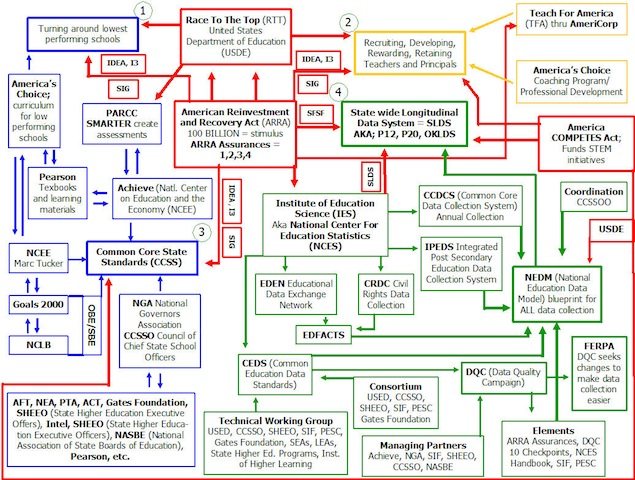 Even teachers are being reduced to the role of facilitators to indoctrinate to DC values over their family. The massive gathering of data on our children give bureaucrats the presumed power to determine what career path would be “best” for a student without having ever met them, much less ask them what they prefer. However, in full Jonathan Gruber style, they have parents handing over the decisions of the children. They have been walked down the path of “the educators are the experts” and the government is now telling parents what their children may or may not do.

Dr. Sandra Stotsky, who is the author of the English standards for Massachusetts and known as the highest standards in the U.S., refused to sign off on the Common Core Standards because (long story short) they were awful. She writes in the article below about the education decisions moving farther and farther away from students and families.

Perhaps it’s time to rethink some quaint 19th century institutions developed with good intentions but which have outrun their usefulness. Are most parents a better judge of the kind of education they want for their children than the US Department of Education? Let’s vote on it. What should be the qualifications for such bureaucrats if the majority want bureaucrats in Washington DC to decide.

Daniel Greenfield: Why the Left Refuses to Talk About Muslim Anti-Semitism